Sales forecasts in mid-to-late September cast shadows over every automaker competing in the American automotive marketplace. Those shadows were appropriate. Every single automaker to report posted worse sales this September than they did in September of 2007. 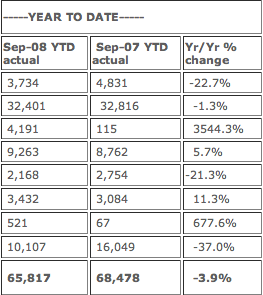