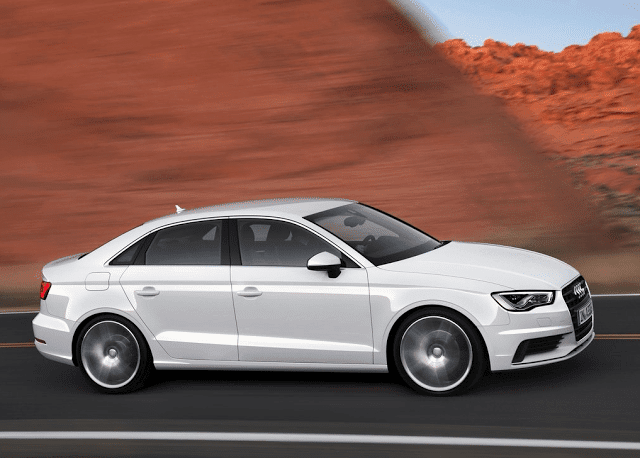 Auto News For Monday, September 28, 2015 – Audi Says 2.1 Million Of Its Own Vehicles Use Cheating Software

AUDI
Volkswagen’s premium Audi brand, initially brought along by Volkswagen’s first admission that nearly 500,000 cars – including the A3 TDI – were affected by the U.S. emissions scandal, now acknowledges that 2.1 million vehicles from around the world, across much of its lineup, have deceitful software.

INSIDE THE AUTO INDUSTRY
The Takata airbag scandal didn’t capture the attention of the car-buying public to the same degree as Volkswagen’s recent diesel emissions scandal. But the Takata airbag problems reach across automakers, from Honda to Ferrari and virtually every automaker in between. Now, the automakers which appeared to escape Takata connections may be included, too. One such automaker? Volkswagen.

REVIEW
Want a bigger Mini but find the new 4-Door (or 5-door, the name depends on your market) too ugly and the Countryman too last-generation? The new Clubman is a genuine Mini wagon. Perhaps you shouldn’t get too excited too quickly. Says Top Gear: “All our test cars were Cooper S-spec, with adaptive dampers, and rode comfortably enough, but don’t let anyone tell you this is a hot hatch.”

AUTOFOCUS
In August, Canadians bought and leased basically the same number of SUVs/crossovers as traditional passenger cars. An increasingly chunky part of that SUV/crossover sector is the small luxury utility vehicle segment. Canadian sales through the first eight months of 2015 are up 48%.

WATCH
During Car & Driver’s most recent Lightning Lap challenge at Virginia International Raceway, the new 2016 Cadillac CTS-V lapped VIR with a better time than the 2008 Dodge Viper, the 2014 Audi R8 V-10 Plus, the 2013 Chevrolet Camaro ZL1, and the 2011 Porsche 911 Turbo S, among many, many others, Now it’s Motor Trend’s turn to lap the CTS-V, this time at Laguna Seca.