Brit auto enthusiast magazine evo tested two V8 coupes and two V8 sedans – all directly comparable – for issue 151. The whole issue, in fact, was obsessed with speed, so a comparison test with an average horsepower output of 439 seemed fitting. As you’d expect, evo‘s editors favoured the BMW M3 Competition, but the Mercedes-Benz C63 AMG was well-loved. Surprisingly, the 2011 Lexus ISF has always been well-received by evo, surprising if only because Lexus has really only ever attempted to do hardcore sportiness twice; once with this car and once with the Lexus LFA. Placing fourth in a comparison test of four cars isn’t flattering, but the 2011 Audi RS5 was lauded for its engine and terrific build quality.

More curious than the RS5’s last-place finish in the road test was its first-place finish on the Bedford Autodrome’s West Circuit. Besting the Mercedes-Benz C63 AMG by about two seconds on a short “1.8 miles of fast and technical tarmac” isn’t easy for a less-powerful car. Moreover, beating the 2011 BMW M3 Competition (Frozen Gray, remember?), even by a tenth of a second, is equal to usurping the Crown.

But hold on one second. The text of evo‘s laptime article, written by Roger Green, is consequential. Words like, “It’s last, by a long way”, from John Barker’s comparison test fade into the background as Green complements the Audi RS5’s brakes and transmission and its speed through O’Rouge and Tower corners. But Green also states that the RS5 cedes poise and fluidity to lateral grip and traction, that it lacks adjustability and is slow through hairpin turns because of the heavy front end.

With the Lexus and Mercedes-Benz bagged, the BMW M3 Competition’s “balance is just so”, the steering said to be best-in-test, and the sort of adjustability and grip “that means you never need miss an apex.” So how did the very fast and very capable BMW M3 fail to lap faster than the Audi RS5? Blame it on brakes.

Ah, but hasn’t BMW been keen to improve the brakes of their M-badged cars of late? Indeed, but these brakes are fitted to the hard-driven evo long-term M3. They were fading on lap one. evo has lapped a BMW M3 a whole second faster than the Audi RS5 in the past.

Most assuredly then, a fine-fettled BMW M3 Competition would likely take the Audi RS5 by a hefty measure. Before you look at the laptimes and performance data, keep prices in mind. The Audi RS5’s price-as-tested in the UK was £74,510. evo‘s BMW M3 Competition is a £64,885 car, the Mercedes-Benz C63 AMG slightly less-expensive at £64,025. These three make the Lexus ISF look like a bargain at £56,540.

0-60 mph figures and laptimes can be seen after the jump. 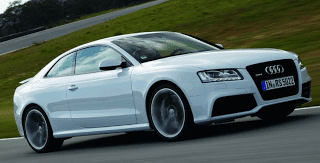 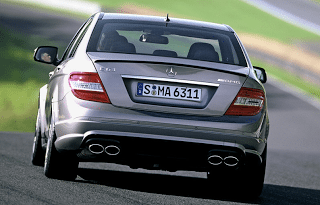