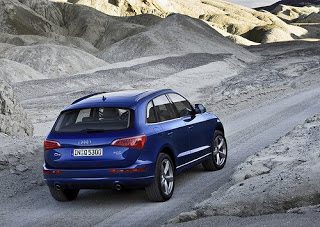 Every new Audi is a big deal these days. The four-ringed badge is increasingly highly sought after, and some Audi models (the A4, specifically) put up rising sales even as they age. In this manner, Audi is very much likened to China. Chinese automobile sales are rapidly growing.

Have a click to learn about Audi’s sales in China and Russia
Audi thought it through and decided that Beijing was the perfect show for the debut of Audi’s small SUV/crossover/thing. The Q5 is much smaller than the Q7; with dimensions matching the BMW X3 (its main competitor) fairly closely. Mercedes-Benz GLK (see Detroit concept debut here) will be another stand-up fighter in the small luxo ute field. Land Rover’s LR3 and the Acura RDX are noteworthy competitors as well.

The Q5 will come to battle in North America with one V6 mated to a 6-speed auto and all-wheel drive. Rising fuel prices and a renewed environmental social conscience will likely have Audi pursuing a Q3 before long. The Good Car Guy’s hypothesis leads you to expect MSRPs around $34-39K. Canadians could see something just north of $40,000. 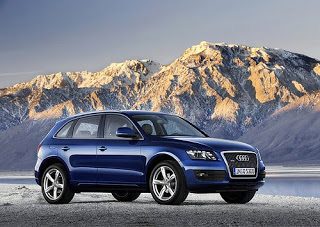