At one time in the not-so-distant past, Audi was Volkswagen’s loftiest brand. Now Bentley, Bugatti, and Lamborghini cause the four-ringed badge to appear downmarket.

No, not really. Audi has plans to be the best-selling luxury brand in the world sometime early next decade. That feat will require overtaking BMW (heard of it?) and Mercedes-Benz (familiar-sounding?). Here are some recent Numbers that tell a little of Audi’s current story.
—–
1200 – total Audis anticipated to be sold in India during the year 2008
350 – total Audis sold in India during the year 2007
2 – likely drop in the number of cylinders in Audi’s S4, from a V8 to a V6 that’ll feature a small supercharger and turbocharger, similar power, better fuel economy, and less weight in the nose of the car
8 – different iterations of the Audi TT to be seen managing the Isle of Man TT, one of the world’s most famous motorcycle races
40 – estimated miles per gallon on the EU cycle for the 2.0L turbodiesel in the new Q5, one of a few engines with which North American Q5s won’t be available
0.33 – coefficient of drag championed by the Q5 small crossover/SUV/SAV/cute-ute thing, a very impressive car-like figure
4 – number of wheels to which the remixed Audi A3 – with turbocharged 2.0L – can send power, having previously been offered only with front-wheel drive whilst the upper-tier A3 V6 could be had with Quattro 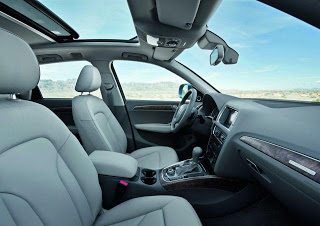