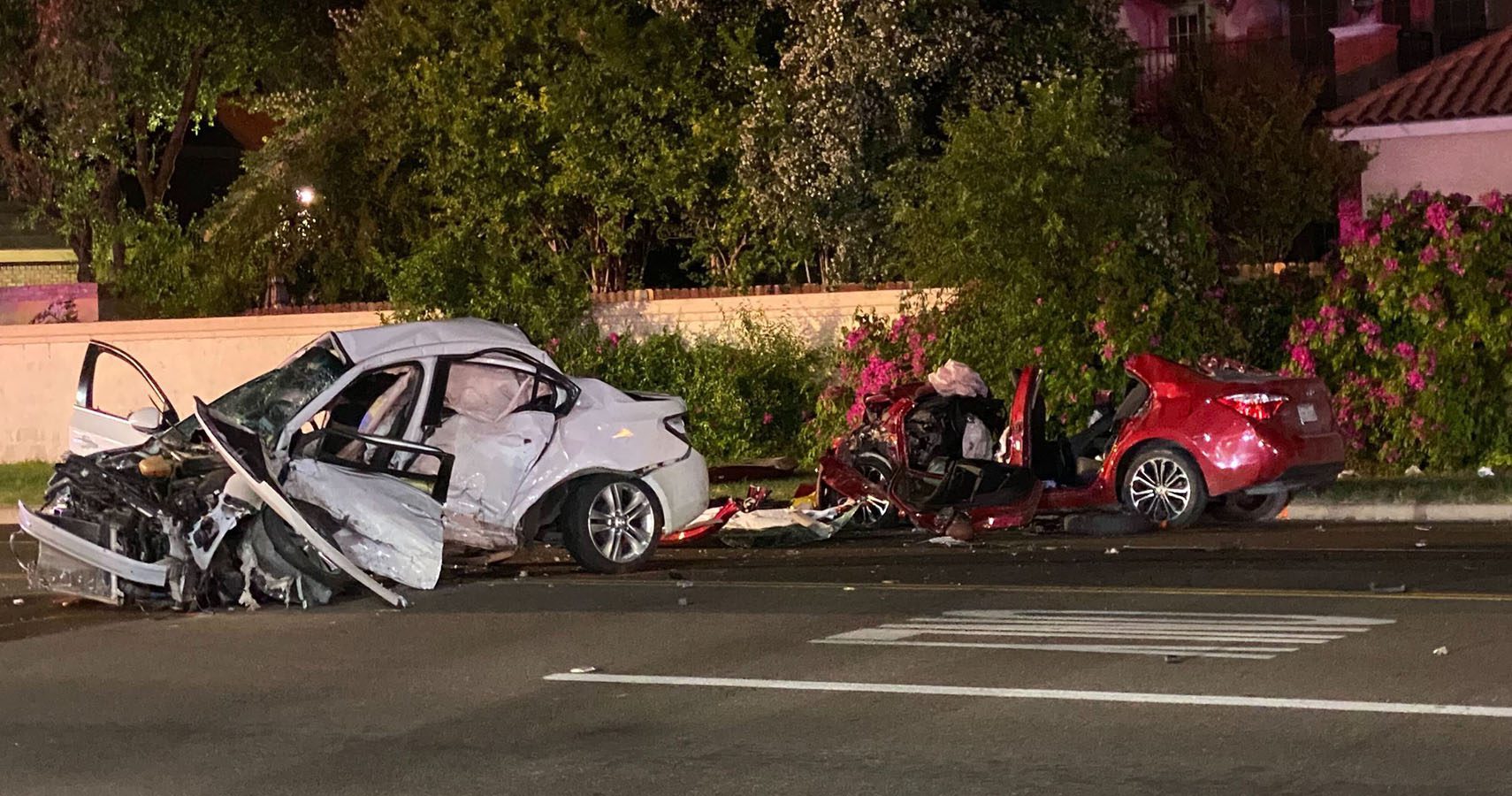 Are Fatal Accidents Getting More Common (& Other Reasons Your Auto Insurance is Climbing)?

Every year millions of people around the world are killed in car accidents. According to official statistics from the WHO, there are approximately 1.35 million registered fatalities. In addition, there are some 20-50 million people each year who suffer non-fatal injuries, often resulting in permanent disabilities.

In the United States, the figures are no less alarming. According to recent reports, these have been increasing since the beginning of the pandemic. Approximately 38,000 people die annually in car accidents; however, in 2020, there was an increase of 4.6% from June to September compared to 2019.

In total, there was an increase of 10.5% in fatalities of what the National Highway Traffic Safety Administration had a projection for the first quarter of 2020. And, although fewer people drove during the first six months of the pandemic, fatal accidents increased.

Along with these disheartening statistics, now car owners are concerned that auto insurance rates are rising. But is there a correlation between the increase in accidents and fatalities and auto insurance companies’ increasing rates? And if so, is that the only reason why auto insurance is becoming more expensive?

Today, we look at the main reasons behind the increase in auto insurance rates, starting with the statistics on fatal accidents since the pandemic in 2020.

More people stayed at home from March to September 2020 compared to 2019. Although fewer drivers were on the country’s highways, a higher proportion of those drivers engaged in dangerous behaviors including speeding or driving under the influence of substances.

In the first months of the pandemic, there was also a decrease in the use of seat belts. It seems that the drivers forgot, or simply did not want to wear their seat belts since the pandemic began. To be exact, there was a 6.5% reduction in seatbelt use between March and July 2020, compared to 2019. Seatbelt use by passengers declined further. It went from 75.4% before the pandemic to 59.2%

We can’t stress enough that without a seat belt, car occupants are more likely to be ejected from vehicles in case of a collision.

Average speeds also increased during 2020. According to the report, on average, speeds increased 22% in some metropolitan regions during the pandemic.

The NHTSA reported that the existence of a significant gap in driver speeds on the same highway, a phenomenon known as speed dispersion, is often correlated with a higher probability of crashes.

A study of severe or fatal injuries among highway users found that two-thirds of drivers had at least one drug in their system at the time of the accident. This included alcohol, marijuana, or opioids, according to the report.

This situation may have something to do with the increase in alcohol and drug sales during the pandemic. According to the report, from July to September, alcohol sales increased about 20% over the previous year. In addition, in Colorado and Oregon, sales of legal marijuana increased 38% and 45%, respectively, compared to the prior year.

The Rise in Auto Insurance Rates According to the Insurance Information Institute, even though the number of drivers declined in 2020, insurers had to reimburse approximately $14 billion in premiums last year.

This is mainly due to insurers facing new challenges as the economy resumes its course. In addition, many people are returning to their routines and jobs, which means more people are driving. With more people driving, accidents also increase, and unfortunately, so does the number of deaths.

The rise in traffic accidents inevitably increases the number of claims proportionally, becoming increasingly more expensive because repair costs are also on the rise. The Consumer Price Index showed a gain for auto repairs of 2.8% in May 2020. Although it was less than the 3.5% reached in the first four months of the year. Also, wait times are longer due to supply shortages and labor disruptions.

Fortunately, it’s not all bad news. Some insurance companies, such as Travelers or Progressive, lowered their rates, or in some cases, they remained unchanged.

Where Are Fatal Accidents Most Likely To Occur? 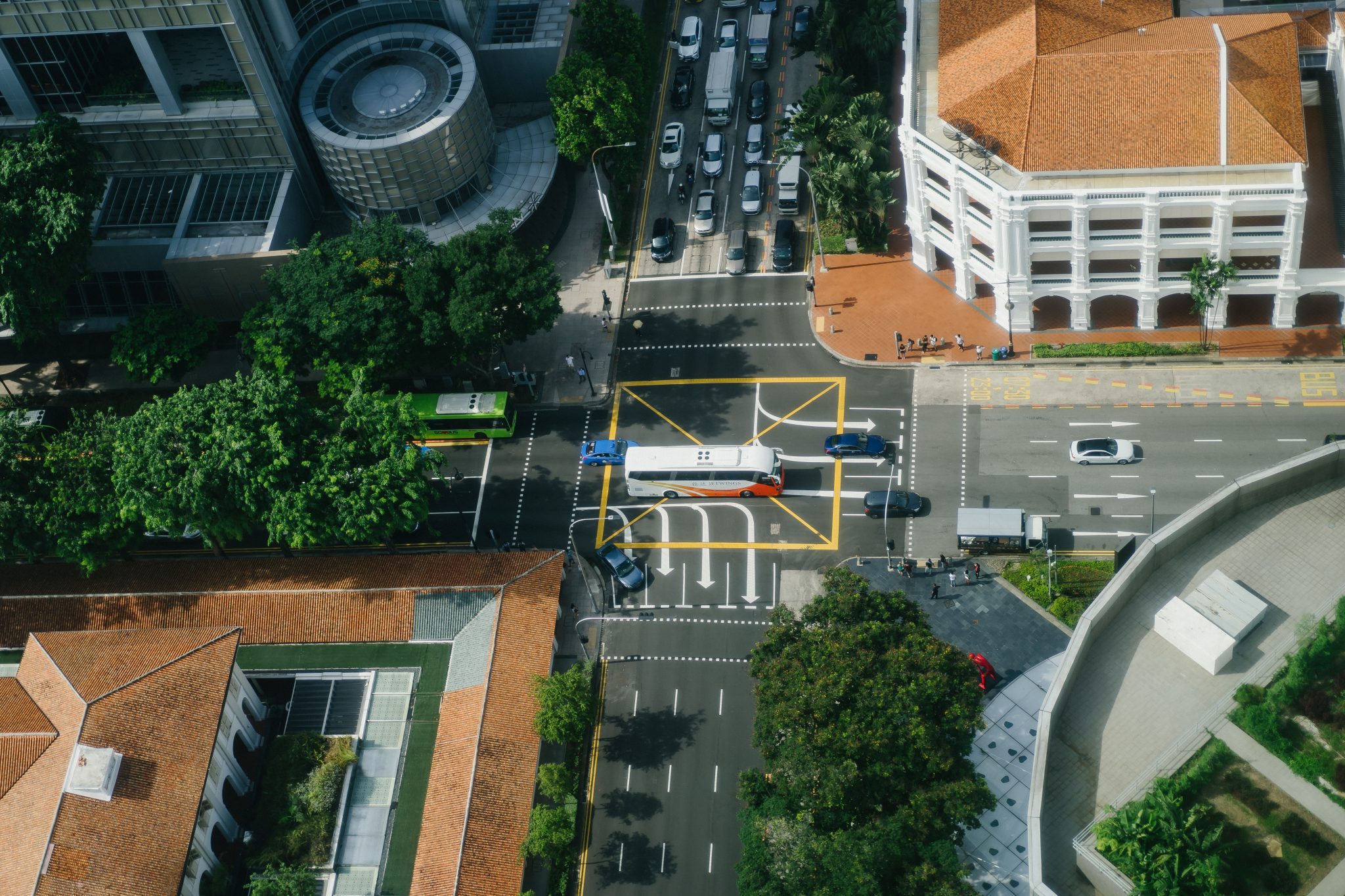 According to the National Highway Traffic Safety Administration (NHTSA), most fatal car accidents happen within 25 miles of your home.

We can’t predict where or when a car accident will take place. Still, certain areas tend to have higher accident rates than others. These include certain intersections, country roads, to even some highways.

A 2004 study published by Progressive Insurance shows that at least 52% of all non-fatal car accidents occur within five miles from a person’s home.

Despite the widespread belief that most accidents happen in urban areas, statistics show many more accidents occur in rural areas, especially on two-lane roads. In addition, most accidents are not on curves but straights, and more frequently at night. This is due to the tendency of drivers to pass in areas that are not allowed.

Statistics show that in the United States, a quarter of the total traffic fatalities and about a half of all non-fatal injuries occur in intersections. As a result, intersection safety has become a priority nationwide to make intersections safer.

These figures show that commuters are at high risk of accidents, especially if they spend many hours behind the wheel.

How to Legally Work Out Fatal Car Accidents 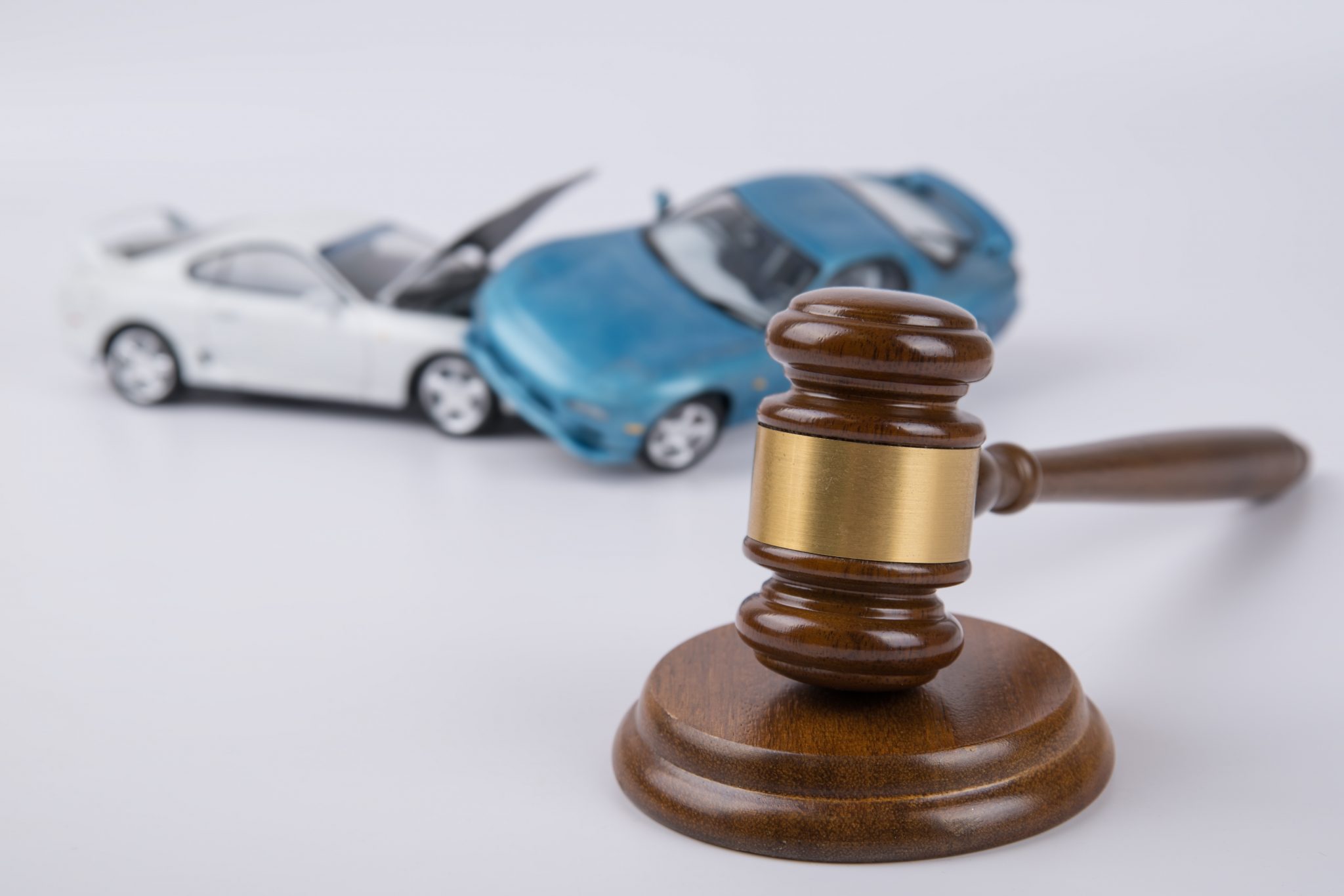 It is common for a family that loses a loved one in a traffic accident to feel they deserve compensation for their loss. Unfortunately, the legal processes to obtain this type of compensation are usually long and cumbersome and can potentially add emotional and, in many cases, financial exhaustion. That is why legal experts recommend seeking legal help to understand how to claim compensation for a fatal car accident.

People seeking this type of compensation must first have a notion of the legal framework around car accidents. In most cases, fatal car accidents occur when at least one of the drivers involved acts irresponsibly or carelessly. If this accident has caused loss of human life, those responsible will have to face criminal charges such as vehicular manslaughter.

Accident investigators must analyze the circumstances of the event to find out how it occurred and subsequently determine responsibilities. Usually, a process of these can take at least three months.

What Is Vehicular Manslaughter (Vehicular Homicide)?

Drivers who unintentionally or negligently cause an accident that results in death may face charges with the crime of vehicular manslaughter. Vehicular homicide is similar to the crime, in some countries, of “dangerous driving that causes death.”

The victim may be a person not in the car with the offending motorist (a pedestrian, cyclist, or another motorist) or a passenger in the offender’s vehicle. In addition, driving under the influence (DUI), reckless or careless driving, or any other form of driving considered illegal in the state where the accident occurs is eligible for these charges.

In criminal negligence cases, the defendant is commonly charged with vehicular manslaughter.

The vehicle homicide legislation changes from state to state. In the United States, only Alaska, Arizona, and Montana do not have vehicular manslaughter statutes. These laws essentially define one’s vehicle as a deadly weapon. This is to facilitate the convictions of guilty defendants and give them more severe sentences. In states with no related statutes, defendants can be charged with regular manslaughter or murder depending on the circumstances of their case.

It occurs when a person dies or suffers injuries that ultimately lead to death due to a motor vehicle accident caused by negligence. For example, car accidents and pedestrian deaths are among the most common causes of wrongful death lawsuits.

It is important to note that the victim’s family must provide evidence that the at-fault driver demonstrated negligent or reckless behavior in a wrongful death lawsuit.

All motorists owe a duty of care to others on the road. This includes other drivers, cyclists, and pedestrians. Therefore, any driver or cyclist who disobeys traffic safety laws may be held liable for the consequences of their actions. This includes wrongful death. 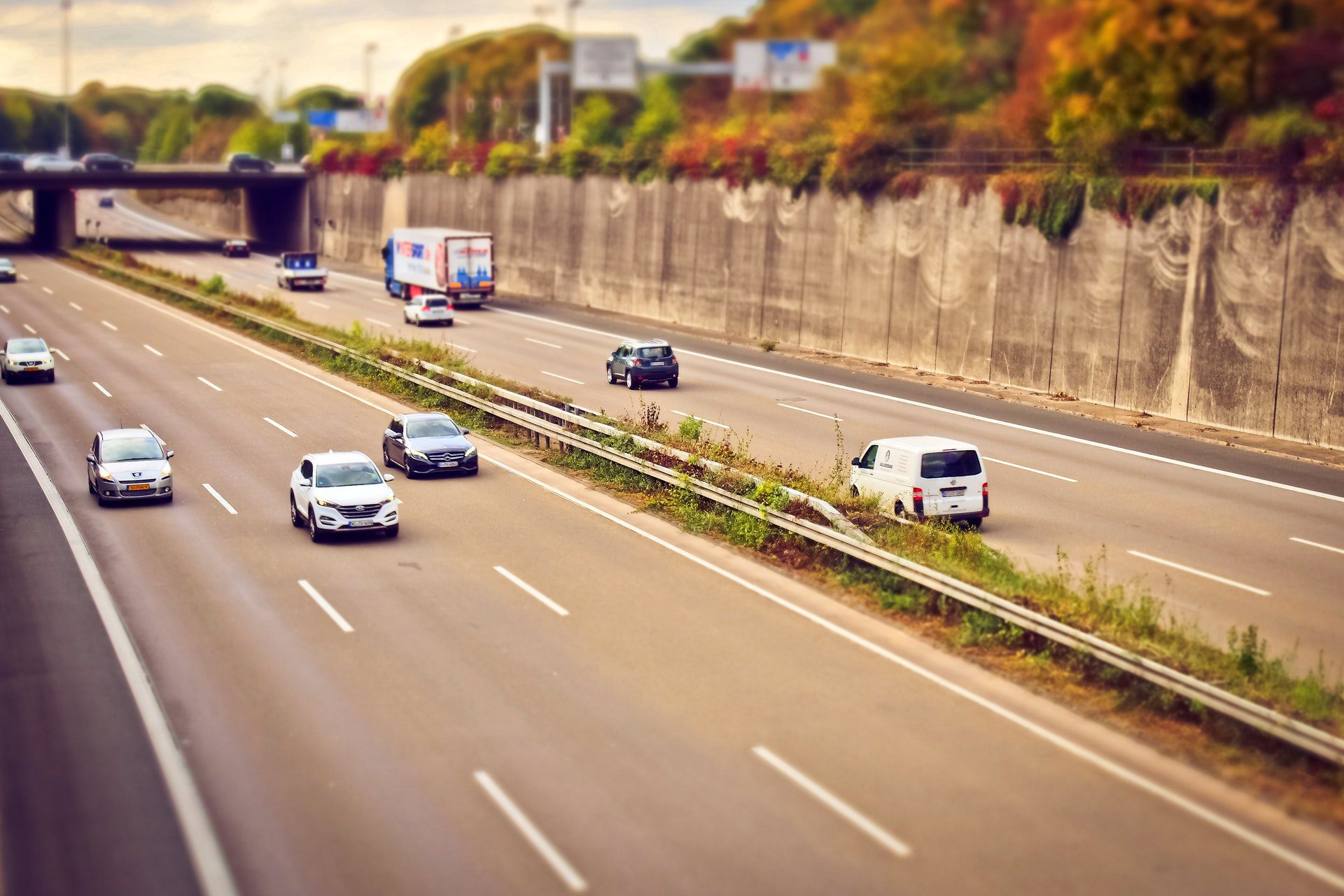 Minimizing the risks of accidents on the roads is a task that involves society, industry, and, of course, governments. It also requires professionals from different disciplines such as engineers, automotive designers, police and fire departments, health personnel, the media, teachers, and oneself.

Awareness campaigns are crucial to informing citizens of the consequences of traffic accidents. They are also instrumental in motivating people to comply with traffic laws and promote changes in legislation to add new regulations or modify outdated laws.´

All these statistics prove that traffic accidents can occur anywhere, at any time, to any of us. Therefore, all those who drive a car, are passengers, or go out on the street walking are exposed to risks.

That is why it is vital to follow preventive measures, comply with traffic laws. It does not hurt to be informed about the legal repercussions of motor vehicle accidents. Both in case of us causing an accident or if we have the misfortune to be the victims.