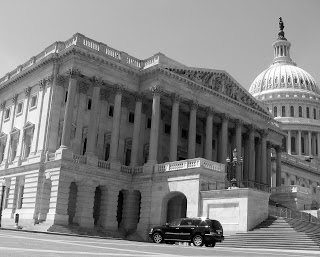 Genuine confusion reigned. During the week leading up to Saturday, May 19th, CNN was all over the rising gas prices; the alleged price gouging; and the awful timing of soon-coming Memorial Day weekend.

As you might guess, I’m a frequent reader of American automotive media. I follow the sales statistics and talk to some Americans as well. So why are Suburbans, Escalades, GX470’s, Expeditions, Durangos, 4Runner’s, Pathfinders, and Navigators all cruising by our PT Cruiser 15 mph over the speed limit? And don’t you answer, “Because if they can afford those vehicles they can afford the fuel.” The driver of a 7-year old black Expedition is not so rich that he can perpetually cruise at 130kmh all day, every day.

A more serious questions I asked The Good Car Girl was, “Why do the people with the fuel efficient vehicles, such as hybrids and maxi city cars, follow the same practice?” Shouldn’t they know better? Perhaps the issue is just that: they do not know better. Perhaps Americans are unaware that their complaints do not match up with their behaviour. Realizing that there is a fuel ‘crisis’ and that you have a 15mpg truck does not mean you must turn that 15mpg truck into a 12mpg truck. For every 10kmh over 100, you use about 10% more fuel.

During the Democrats debate last night, most candidates were asked what they would do now to lower fuel prices. Lower? Lower? Americans do not grasp the magnitude of their comfortable situation. Our driving through Virginia, Maryland, and Pennsylvania cost us $92.00 in the United States, but would have cost $142.00 here in my hometown. At current exchange rates, the figure would still reflect the price disparity in fuel. That $142 CDN is about $135 USD.

So why are they complaining so viciously? Complaints at least as viciously as our’s, and likely a bit more whiny. I was under the impression that US consumers were beginning to ‘buy small’. Through those facts we must also remember the vehicles already on the road. Leading up to Hurricane Katrina, and even after, car buyers were purchasing/leasing record numbers of large SUV’s and trucks. Those vehicles don’t suddenly disappear during a fuel ‘crisis’ when some buyers begin trading in for smaller vehicles.

The step-down approach to Canadian car buying has always intrigued me. Whereas Camry and Accord dominate sales in the USA – Civic, Corolla, and Mazda3 do so here. So when American consumers wish to make a conscious conservation effort, they step down a level to the Civic or Corolla at the same time as Canadian buyers cry out for more cars like the Honda Fit and Toyota Yaris.

It actually took us by surprise on Shadyside Avenue in Pittsburgh. ‘It’ being a Honda Fit. Was everybody in Virginia and Washington keeping them in their garages? I could understand why the Yaris’ were missing. Yaris buyers would be quite prone to purchasing a Scion xB, and buy them they do.

The American fascination with the SUV has not been lost on me; I’ve lived there. Canadians have a connection with the sport-ute as well, but clearly aren’t so passionate. What awed me was the speed at which the SUV’s travel, the number of large SUV’s with only one human aboard, and the number of SUV’s still dominating the landscape. As of May 2007 Americans did not have mainstream access to smart fortwo’s, but I still expected to see a larger contingent of small vehicles. Yet small cars failed to appear before my eyes. Canadians love their CR-V’s; Rav4’s; Tuscon’s; and Escapes. Americans love their Pilots, Highlanders, Veracruz’s, and Edges.
I deem nobody as stupid, but I’m not against accusing people of being annoying. Analyze this for a second.

You know those people who walk to the fridge; open the door; see tons of food; and say, “I’m hungry. But there isn’t really anything I want.” Those people are complaining about a situation that is actually catering to them. All you have to do is take the bread, meat, mustard, and pickles and make a sandwich. Kind of like people who could simply slow down a notch, trade-in to something smaller, and walk to the convenience store but instead say, “Gas is way too expensive, they’re gouging me; and this shouldn’t be a free market. At least not when it comes to gas.”

I believe that east-coast Canadians are beginning to change their behaviour. However, many people in the mid-Atlantic states, especially Virginia, are not changing a thing. And before you ask how we drive, consider this: Fueleconomy.gov says a Chrysler PT Cruiser like the one we drove will achieve 19 mpg in the city, 24 on the highway. After 950 miles, we used a gallon every 30 miles.