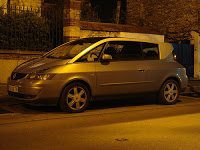 ACROSS THE POND – RENAULT

International delight, national pride, importing nightmares. Apply any or all of these terms to Renault’s interesting history. History isn’t the only interesting thing ab

out Renault. At present, this major world player from France is a design trendsetter, diesel leader, and hot hatchback king.

GoodCarBadCar recently took a look at Skoda, the Volkswagen-owned automaker from the Czech Republic. Renault (try ‘ruh-no’ or ‘ren-oh’, but not ren-alt’) is a far more dominant competitor, not just in Europe, but across the planet. Renault has a 44.4% stake in Japan’s Nissan. In turn, 15% of Renault’s pie is owned by Nissan. Officially, this arrangement is titled as an alliance. But just take a look at the cross-shareholding. Renault is the big brother in this family. Renault’s Carlos Ghosn took charge at Nissan around seven years ago, made it into a serious money-making operation. He now runs the whole alliance.

United, Renault-Nissan holds almost 10% of the world auto market. Renault, by itself, takes around 4% without even touching the biggest vehicle market in the world. Something they haven’t done since the late 80’s, at the height of Renault’s poor-quality era.

The 90’s presented a new dawn for Renault. Clio, Laguna, Twingo, Megane, and Scenic led the way to success, aided by (or at least, encouraged by) Formula 1 success. Renault powered F1 race cars to titles from 1992-97. From the end of WWII until 1996 Renault was owned by the French government. The government’s piece of the pie is now only slightly larger than Nissan’s. Obviously, the two world wars played a huge role in Renault’s development. Founded in 1898 by Louis Renault, along with his two brothers and two friends, Renault was forced to build for the Nazis during the second war. That was a contributing factor to Louis’ death in prison after the war. WWI caused Renault to branch out into military airplanes, vehicles, and even a tank.

Along with Renault’s once terrible reputation for quality came an enhanced innovation image. Innovation and poor quality do seem to be traveling companions. The first turbocharger? Renault. Compressed gas ignition? That’d be Renault. Hydraulic shock absorbers? Yep; Renault. In recent times, Renault’s innovative ‘personality’ has centered mainly on design. Just as technological innovation has been known to lead to poor reliability and durability; outrageous Renault styling has, on a few occasions, flopped as quickly as the body of a Renault 14 caved. The Avantime and Vel Satis are two notable vehicles in the very recent past that pushed the boundaries of European expressionism. A car can look crazy and sell at high prices, but Renault seemed to forget that the car still needs to drive as well as its more conservative competitors. The Avantime was basically a two-door minivan. Vel Satis was an ugly and luxurious five-door hatchback. Not a decent angle on the thing. 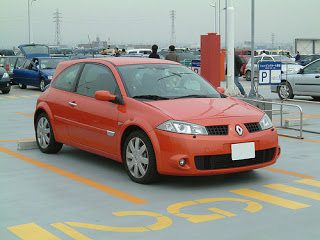 Then again, the Honda Civic-sized Megane utilizes many of the design themes seen on the Vel Satis, pushes some boundaries and engenders instant criticism – yet it’s one of the top selling cars in the UK. Like other French automakers, Renault believes strongly in the love-it or hate-it principle. And for all those critics, there are plenty of strong believers. With the Avantime and Vel Satis, there were simply too many haters.

Renault’s ownership of Dacia (Romania) and Samsung Motors (Korea) has, to a small d

egree, enabled Renault to look upmarket with its whole brand, while Dacia and Samsung take care of many emerging markets. The latest Twingo keeps Renault alive as a high-value brand. The Clio is one of Europe’s default small-car purchases. As non-car enthusiast Americans would be prone to simply choosing a Corolla on name value and because they know it’ll work, Europeans know the Clio is a secure but fun purchase.

Renault hopped into the hardtop convertible pool with the Megane. It’s also available as a 3 or 5 door hatch and as a sedan and wagon. The Laguna is a Volkswagen Passat/Ford Mondeo rival, and can be found in 5-door hatch and wagon configurations. Unlike the Clio and Megane, under whose banner also sits Renaultsport models, the Laguna sticks with normality.

Minivans, mini-minivans, and vans are a Renault specialty. With nearly as much right to claim ‘inventor’ status as Chrysler in this sector, Renault has taken the concept way b

eyond the large people carrier. The Espace is available in standard and long wheelbases, just like the smaller Scenic. Below the smallest Scenic is the Modus, and somewhere mixed in is the Kangoo. Like many European carmakers, Renault is also a big time producer of vehicles for the White Van Man. Panel versions of the Clio and Kangoo, along with specialized courier-type vehicles, are strong competitors in the commercial vehicle market.

North Americans are likely unaware that Renault’s safety reputation is one of the brand’s strongest selling points. The complete absence of sport-utility vehicles at Renault dealerships would forever shock a Texan out of their boots. Renault’s Formula 1 success was renewed in 2005 and 2006 with both Constructors’ and Drivers’ titles. Renault would need to overtake only General Motors, Ford, and Toyota to become world #1. Don’t count on it, though.