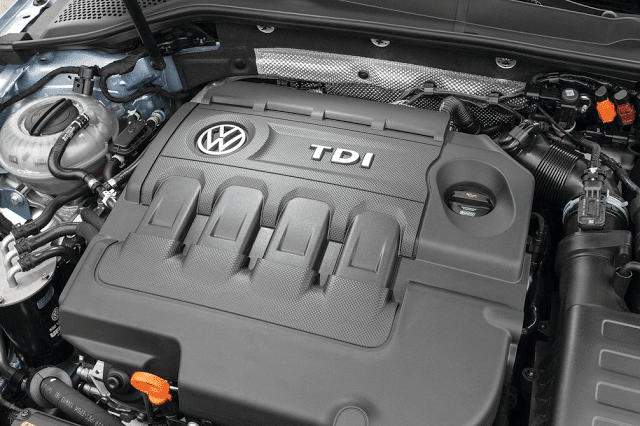 VW
In the United States, the value of Volkswagen’s 2009-2015 TDI models dropped the day the scandal broke last month. But the decline in value being reported now is much more noticeable, and it comes as used car values increase.

APPLE
Apple boss Tim Cook didn’t come right out and say they’re building a car, which we know they are. But in his most forthright comments on the subject yet, Cook says, “It would seem like there will be massive change in that industry.” As one would say when one’s company plans to be the change.

AUTOFOCUS
Mercedes-Benz is America’s second-best-selling premium brand, trailing BMW by only 66 units heading into October. North of the border, however, Canadians prefer Mercedes-Benz’s three-pointed star, and by a rather significant margin.

REVIEW
It’s not uncommon to read high praise for a brand new car following its official, manufacturer-controlled launch event. With that in mind, the reviews coming in for Honda’s tenth-generation 2016 Civic are very, very positive. Even if that’s scaled back when GCBC and other outlets get to drive a Civic for a whole week or run it through a comparison test gauntlet, we’ll still likely be talking about a very good car. From Automobile Magazine: “We’re convinced this Civic has potential for greatness.”

RECALL
General Motors is recalling 3073 copies of their 2014 and 2015 full-size trucks, Chevrolet Silverados and GMC Sierras, as well as 2015 Suburbans and Tahoes, because, “the ignition lock actuator may bind, making turning the key difficult or causing the ignition to get stuck in the “Start” position.”

General Motors is also recalling 23 copies of their 2014 Chevrolet Caprice, the police-only full-size sedan, and the Chevrolet SS – not to be confused with the Camaro SS – because the vehicles “received replacement seat base assemblies during repair service, but during the work, the seat position target bracket may not have been transferred from the old seat to the new one.”

WATCH
You can’t buy them, but across the pond, Renault and Honda build two of the craziest hot hatches known to mankind. The RenaultSport Megane 275 Trophy-R and new Honda Civic Type R or no middle-of-the-road gentleman’s hot hatches. These are insane cars. But which one is quickest?