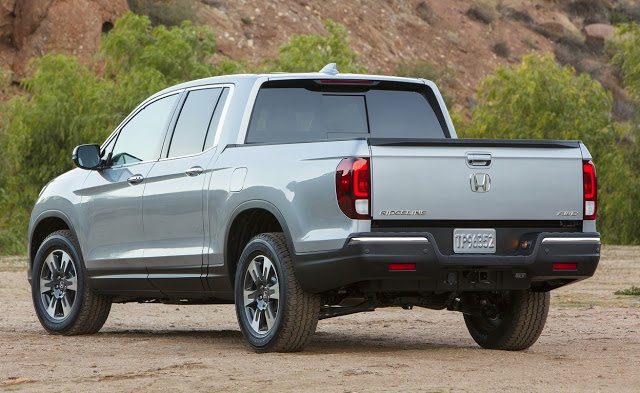 Auto News For Monday, May 9, 2016 – Is The Honda Ridgeline’s Arrival Perfectly Timed Or Poorly Timed?

Here are the six must-read, must-watch auto news stories and videos for Monday, May 9, 2016. During the first week of sales releases, GCBC does not traditionally supply morning news recaps. But The News is back with a special Honda Ridgeline edition in concert with the release of an embargo preventing auto reviewers from sharing their week-old opinions after Honda hosted an event in San Antonio, Texas, last week. The Ridgeline was a modest sales success for a brief spell in 2006, but sales tanked thereafter.

POSITIVE
“No matter how it’s outfitted, the Ridgeline is a no-brainer of a truck: unmatched in smoothness and comfort, and full of innovation well beyond its unibody construction.” – Car & Driver

POSITIVITY
“One other area is clearly dominated by the Ridgeline in the midsize segment: handling… The only part of the truck that felt strained with the trailer was the engine, as it has to reach high into its rev-range to access the power needed to pull the truck over hills.” – Autoguide

MORE POSITIVITY
“There’s no reverberation through the body after hitting bumps that is common on body-on-frame designs, and the chassis is taut and very responsive on twisty roads, benefiting from the rigid chassis structure, as well as all-round independent suspension.” – Driving.ca

YET MORE POSITIVITY
” On worn Texas pavement, the Ridgeline absolutely erased the small-amplitude pavement ripples that juddered the Tacoma, and the body-on-frame groans that the two traditional trucks made over larger pavement imperfections were entirely absent in the Honda.” – Road & Track

REALITY
Car reviewers loved the first-generation Ridgeline, even if we were all put off by its styling. And it’s not surprising to see car reviewers expressing admiration for the second-generation Ridgeline. For the right buyers – who number in the hundreds of thousands – this truck is more than enough, and by not going for too much, Honda crafted a pickup truck that works better as a car than its conventional truck rivals. But is it too late? Pickup truck sales are very healthy; perhaps too healthy. Can this level of sales growth continue? – Automotive News

WATCH
Prefer to watch, rather than read? Here’s The Car Connection’s Marty Padgett’s video review of the 2017 Honda Ridgeline.