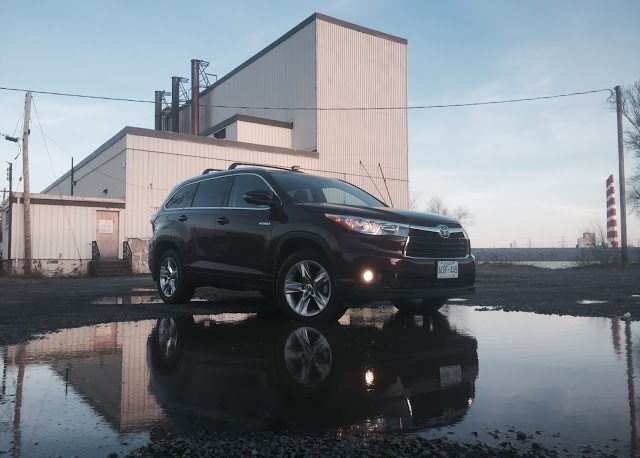 With the launch of the Lexus RX in early 1998, Toyota Motor Corp. realized quickly they were on to something. But it took three years for Toyota to capitalize on the RX’s upmarket success by adding the mainstream Highlander, thereby reducing Toyota’s dependence on the rough and tumble 4Runner and the small RAV4.

In the meantime, don’t expect much in the way of discounts on the outgoing 2016 model. The Highlander is a hot seller, a class leader in an increasingly popular class of vehicles, and not at all a vehicle which Toyota produces in excessive numbers. Without an inventory glut, bargain basement deals on the highly favoured Highlander won’t quickly appear.

But what about discounts on a specific model, a high-priced variant of a high-priced version of the Highlander that’s never been particularly common, especially in Canada? Perhaps there’s one 2016 Highlander Hybrid Limited at your local Toyota dealer, and perhaps on that specific vehicle there’s a deal to be made.

If so, should you do the deal? 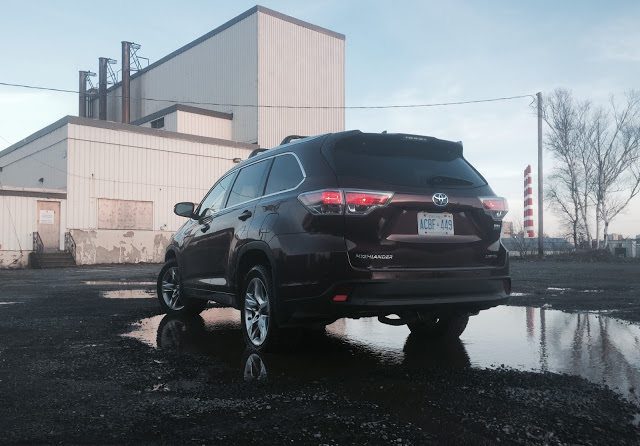 Stepping up to a 2016 Highlander Hybrid Limited like our Toyota-supplied test specimen adds another $6675 to the price, swaps the sunroof out for a panoramic sunroof, the leather for perforated leather, and the stereo for JBL Synthesis audio. There’s memory for the driver’s seat, cooled front seats, heated seats for the two middle-row captain’s chairs, rain-sensing front wipers, adaptive cruise control, rear cross-traffic alert, blind spot monitoring, and lane departure warning.

HOW BIG IS IT?
To put the Highlander in perspective, consider its chief minivan alternative, Toyota’s own all-wheel-drive Sienna, and the Toyota RAV4, Canada’s current best-selling SUV/crossover.

The Sienna is nine inches longer than the Highlander, an inch taller, and a little more than two inches wider.

With the two front rows of seats in place, the Sienna’s cargo volume swells to 2466 litres, more than double the Highlander’s cargo volume behind row two.

Both the Sienna and Highlander seat seven or eight passengers, but the Sienna provides an additional 178 litres of occupant space.

DOES IT WORK?
We’ve reviewed the Highlander before, so we won’t get into the nitty-gritty of its solid structure, its why-hasn’t-this-been-done-before dashboard shelf, its utterly massive console storage bin, its comfortable second row, its somewhat tight third row, or the looooong reach to the far side of the touchscreen and the tuning knob. The Highlander certainly feels built to a Toyota standard, but while last time we encountered a power tailgate that refused to close for a whole hour, this time we noticed that the rear sunshade clips weren’t firmly attached and the front sun visors wouldn’t hold a position.

We won’t delve deeply into describing the Highlander’s pleasant, comfort-oriented suspension setup. It’s not remotely sporting, but then again, it shouldn’t be. The Highlander’s knack for almost completely masking expansion joints and rough pavement is outstanding. When rival automakers upgrade wheels to 19 inches, they often strap on rubber bands as tires. But the Highlander is riding on plush 245/55R19s – thick and juicy cushions.

From a power standpoint, the Highlander Hybrid never feels as though its powertrain conglomerate is wanting for more, but the CVT and lazy throttle response certainly work to keep you away from the power. If you want to get moving quickly, your right foot will have to work to convince the Toyota that you mean it. Whether it’s the marriage to the electric goodies or the CVT, the sense of refinement from the V6 isn’t as strong as we found in the Camry V6 or conventional Highlander, with hints of vibration and roughness intermittently making themselves known. Only hints, mind you.

The Highlander Hybrid’s EV mode was raely engaged, whether we asked for it (via a console mounted button) or hoped for it. Blame sub-freezing temperatures? The Highlander Hybrid’s stop-start system is seamless, however, and never were we sitting at a red light with the engine running pointlessly. Progressive braking is not the norm in hybrids, and the Highlander Hybrid is not immune from crude pedal feel, though we’ve certainly experienced far worse.

In the end, the Highlander Hybrid driving experience is not that far removed from the vibe of a normal Highlander, a noteworthy achievement for Toyota, but one that’s often ignored because we’re so accustomed to hybrid refinement from the world’s foremost hybrid producer. Perspective matters: some of the typical hybrid traits encountered in the Highlander Hybrid would be out of place in, say, the Scion FR-S. But poor throttle response, a sometimes confused and/or confusing CVT, and odd brake feel aren’t characteristics which make themselves as widely known in a big SUV. 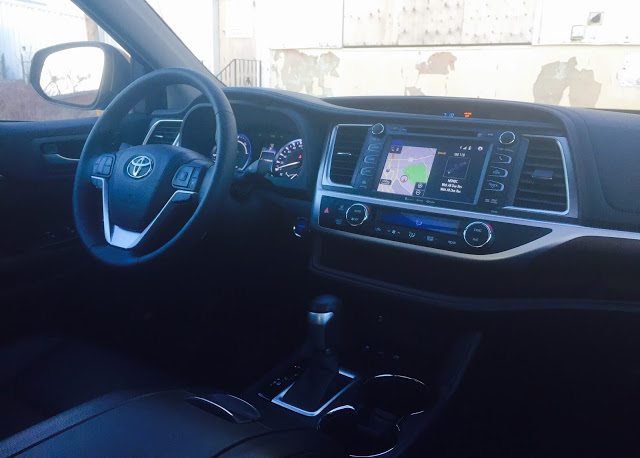 IS ANYONE BUYING IT?
There was a time when Toyota Canada’s monthly sales report displayed separate sales figures for the gas-only Highlander and the Highlander Hybrid, but Toyota abandoned that practice last year. Overall, the Highlander was Canada’s top-selling three-row utility vehicle in February 2016; finishing second in that group to the Ford Explorer in calendar year 2015. Canadian Highlander volume hit a record high of 10,412 units in 2015.

Through the first two months of 2016, the Highlander is America’s 11th-best-selling utility vehicle and the second-best-selling three-row vehicle regardless of classification. U.S. Highlander sales rose to an all-time high of 158,915 units last year. Fewer than 3% of Highlander buyers chose for the hybrid powertrain.

SHOULD I BUY SOMETHING ELSE INSTEAD?
You should probably save thousands by choosing the conventionally powered Highlander, mindful of the fact that an SUV which consumes more fuel than a Corolla isn’t going to end California’s drought or stop the ocean from coming up through Miami’s drains.

That said, if you want a luxurious and roomy seven-seat SUV for around $55,000, few vehicles adequately compete with this Lexus-like Limited-trim Toyota Highlander. And oh by the way, in the city it consumes less fuel than a four-cylinder Camry, which is a nice perk.

HOW MUCH SHOULD I PAY?
If you must have a Highlander Hybrid, Toyota Canada will permit you to pay either $47,815 for the LE, $50,345 for the XLE, or $57,020 for the Limited. Keep in mind, the two lower-priced models seat up to eight passengers; the Limited seats only seven.

WHAT’S THE VERDICT?
In the humble fishing village/military enclave of Eastern Passage, Nova Scotia, we are a practical people. Hybrid badges carry no weight; Synergy Drive is just as ignored as a teenager driving their ATV to the wharf to fish for mackerel. The pure and simple dollar figures matter.

Based on our review of the 2014 Toyota Highlander XLE AWD in early 2014, we already knew the third-generation Highlander is an exceptional family vehicle, capable of ferrying a large family in quiet comfort thanks to a big and user-friendly interior, powerful enough to make the kids say, “Daddy’s driving fast,” and sensible enough to hold more than 40% of its value after five years.

The verdict, then, comes down to dollars and cents. On average, the Highlander Hybrid costs Canadian buyers $7155 more than the Highlander, but in our testing, it consumes 3.9 fewer litres of fuel every 100 kilometres of mixed driving. Even in that extreme scenario, with our Highlander Hybrid tester performing admirably on winter tires, it’ll only save $713 per year over 20,000 kilometres at prevailing fuel prices. According to official figures, the hybrid would save only 3.1 L/100km, or $588 per year at current prices.

That’s 12 years to make up the inital outlay’s difference.

Timothy Cain is the founder of GoodCarBadCar.net, which obsesses over the free and frequent publication of U.S. and Canadian auto sales figures. Follow on Twitter @goodcarbadcar and on Facebook. The Highlander Hybrid was supplied by Toyota Canada’s press office.