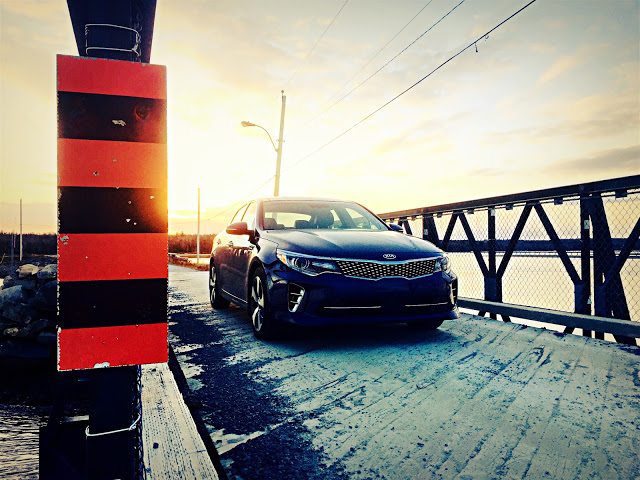 Wayne Gretzky wrote in his 1990 autobiography that, upon moving to Edmonton to play for the Oilers, he was told to keep two sets of car keys. Why? Because it would be so cold in the middle of the winter that he’d want to keep his vehicle running – and locked – when he went into practice. The other set of keys would get him back into a warm vehicle that didn’t need to reignite after sitting in a blisteringly cold parking lot.

Wayne wasn’t driving a Kia. Nor does Wayne likely drive a Kia now.

But Korean automakers really know how to defrost and warm a car. It’s been cold in Nova Scotia lately, no surprise on the east coast of Canada in January. But when a car is covered in half an inch of ice and nearly a foot of snow, it’s wonderful to know that the car underneath all that ice and snow is a Hyundai or Kia. In our experience with around 50 new vehicles per year, an experience which includes former Hyundai ownership, former Kia ownership, and current Honda ownership, no vehicle clears its windows more quickly, melts ice more rapidly, and warms a cabin more expeditiously than a Hyundai-Kia product.

It’s also nice to know that underneath all that ice and snow is a car with heated seats, front and back. It’s comforting, while shovelling a path to the passenger door, to remember that I’ll soon be able to take my gloves off and grasp a heated steering wheel. Rather than driving down the road for 10 minutes or so before a sense of warmth pervades the cabin, the 2016 Kia Optima SXL Turbo will be almost instantly toasty inside.

Granted, the rate at which the Optima warmed its cabin is impressive to those of us on the Atlantic coast, where the wake-up weather of sunshine, flurries, and -10°C is deemed downright frigid.

We make no such promises to Edmontonians.

WHAT IS IT?
Kia began selling cars in Canada in 1999. The company’s first midsize offering was the troublingly bland Magentis. Kia forged ahead with the Magentis nameplate when their second midsize offering debuted half a decade later in 2005. But in Canada, the car was wildly unpopular. Fewer than 10,000 copies of the Magentis found Canadian homes between 2005 and 2010. 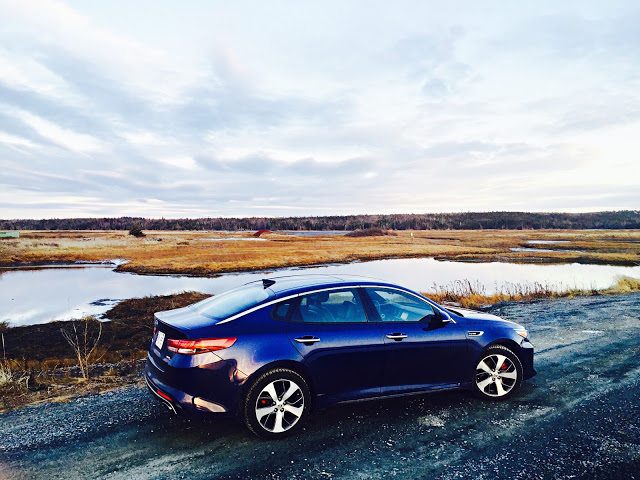 Then, Kia sold nearly 12,000 Optimas in 2012 alone. That wasn’t quite enough to rank the Optima at or near the top of the midsize best sellers’ list, but the Optima represented the same kind of paradigm shift that the Hyundai Sonata represented a year earlier.

Oh, it’s different, particularly inside. And it still looks good, particularly in this SXL Turbo guise. But after succeeding by so sharply differentiating the Optima, Kia quickly became conservative for model year 2016.

This car, the top-of-the-range SXL Turbo, features the most powerful of the four Optima powerplants. The base 2.4L four-cylinder produces 185 horsepower and 178 lb-ft of torque and is rated at 6.5 L/100km on the highway; 9.4 in the city.

The 1.6L turbocharged four-cylinder that’s only available in one LX trim level produces 178 horsepower but also manages a 195 lb-ft slug of torque. Car & Driver’s recent review of that engine is very positive. There’s also an Optima Hybrid. We reviewed that powertrain in our recent review of the Hyundai Sonata Hybrid.

Finally, there is this 2.0L turbo under the hood of the SX and the SXL, which produces 245 horsepower and nearly all of its 260 lb-ft of torque just off idle. Stated fuel consumption of 7.4 L/100km on the highway and 10.9 L/100km in the city is 26% worse than the 1.6 turbo’s official ratings. And we did not come close to matching the SXL’s official fuel economy figures.

HOW BIG IS IT?
Dimensionally, the Optima is very similar to its top-selling rivals, as you’d expect. The Toyota Camry is two-tenths of an inch shorter, bumper to bumper. The Honda Accord is four-tenths of an inch narrower, side to side. The Chrysler 200 is an inch taller.

The Optima is thus a big car, but not excessively so. Inside, there are 2967 litres of passenger space. The trunk is 450 litres large. In its class, only the Sonata’s interior volume is greater, and only the Sonata, 200, and Fusion offer larger trunks. 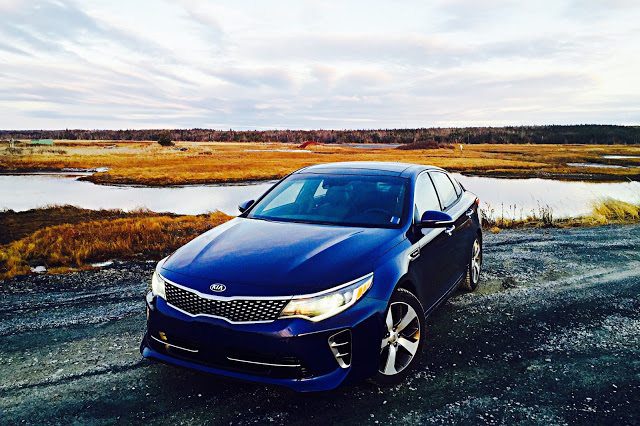