The Camry connoisseur, if there’s such a thing, would spot the difference.

Unlike some well-known TTAC authors who don’t hide their Camry admiration, I wasn’t on board the Camry love boat. The last SE I drove disappointed me with unimpressive efficiency figures, an interior in need of polish, and an overall sensation of obsolescence. And it was in fact obsolete, as Toyota Canada delivered a Camry Hybrid SE to my driveway in October 2014 when the refreshed 2015 car was already a thing.

Nevertheless, I’ll readily admit I appreciate that Toyota finally located the Camry’s sense of style. When this particular car pulled up in front of GCBC Towers, I noticed right off the bat that it was an XSE, a trim level Toyota introduced for 2015 to combine XLE luxury with the SE’s sporting intentions. The Blue Crush Metallic also represents top-notch taste.

While it’s my job and I do my best and I take a measure of pride in these things, I didn’t notice key signifiers: twin tailpipes. Granted, Blue Crush arrived on Monday, January 5, the busiest work day of the year for a sales-oriented auto writer like myself. I backed the car into our driveway, refusing to take time out of my busy schedule for an unnecessary late night Volkswagen GTI-like drive to the grocery store. “It’s not like it has a V6,” I muttered.

Yet there may be no V6 more captivating than the surprise V6 in an increasingly competent midsize sedan. You see, 24 hours after my muttering, I was heading into town to collect dog food. After a few kilometres of routine driving behind slow-moving traffic, I hit the highway under heavy throttle to see if Toyota further isolated the 178-horsepower, 2.5L four-cylinder’s inherent vibration. Except I couldn’t answer that question, because I was approaching the my exit with more than enough pace to mutter, “This feels like an engine Lotus would squeeze into an Evora.”

Yes, Camry fanbois (if there are such a thing) would have understood the meaning behind Blue Crush’s dual exhaust outlets. But even in XSE trim, Toyota completely bypasses the V6 badging process. It’s debadged. Or at least unbadged.

Toyota is therefore cool, like the guy who ordered his Porsche 911 without all the extra taxonomical addenda. Or at least sort of like that guy.

Toyota says the 3.5L generates 268 horsepower and 248 lb-ft. It’s such a rev-hungry, buttery engine, however, that it feels like there are 300-plus of each. 0-100 kph times below six seconds bring believability to such feelings. The 6-speed automatic lacks all manner of aggression and rewards paddle shift inputs not at all, but it’s a sufficiently cooperative partner for the V6, never flubbing a shift or causing the driver to worry over fragility.

Blue Crush was much more than just an engine. Indeed, the XSE can be had for thousands less without the V6 powerplant. As a whole, the Camry is a stronger package now than it was last year. With “unique shock absorbers, firmer bushings, higher-rate coil springs, specially-tuned steering,” the XSE bears that out more clearly.

The structure is stiffer, enabling Toyota to more finely tune the suspension for a very pleasing real-world balance. The ride is only just on the firm side of average, yet the Camry XSE handles ham-fisted, mid-corner adjustments easily and without fuss.

The steering is still too slow and light for the XSE to be a genuine sports sedan; brake feel (said to be improved) and brake performance are not confidence-inspiring. But if this suspension configuration represented the conventional Camry’s layout, I believe enthusiasts would grow very fond of the midsize Toyota, and they would wonder just how good TRD’s engineering team could make it if given free rein. 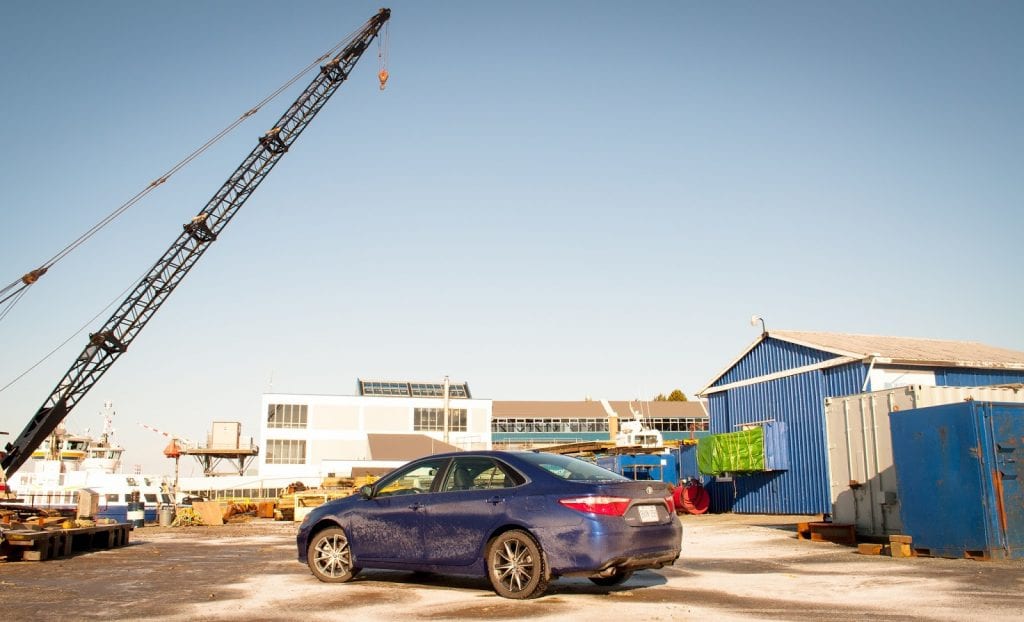 The Mazda 6 is a sharper corner carver, but it rides more stiffly and is noisier inside. Dynamically, the Ford Fusion is very nicely balanced, but not every buyer will put up with Ford’s current infotainment unit when the Camry’s system is so straightforward and intuitive. Hyundai and Kia, with the Sonata and Optima, aren’t yet able to mate serene ride quality to their more aggressive suspension tunes. For a moment, it seemed as though Nissan built the better Camry with their fifth-gen Altima, but the 2015 Camry refresh is a significant one.

Not surprisingly then, the Blue Crush’s prime competition comes in the form of North America’s second-best-selling car, the Honda Accord. It’s a game of personal preference at that point.

Personally, I’m pleased to discover a Camry that appeals on a large number of different levels. It’s still not the most handsome sedan, its interior is completely devoid of expression, it will quickly become terribly commonplace, it drank at a 12L/100km rate during its stay with us. But the Camry XSE is the place where solidity, reliability, and space marry moderate degrees of fun, modestly increased levels of vehicular passion, and mature amounts of back road frolicking. 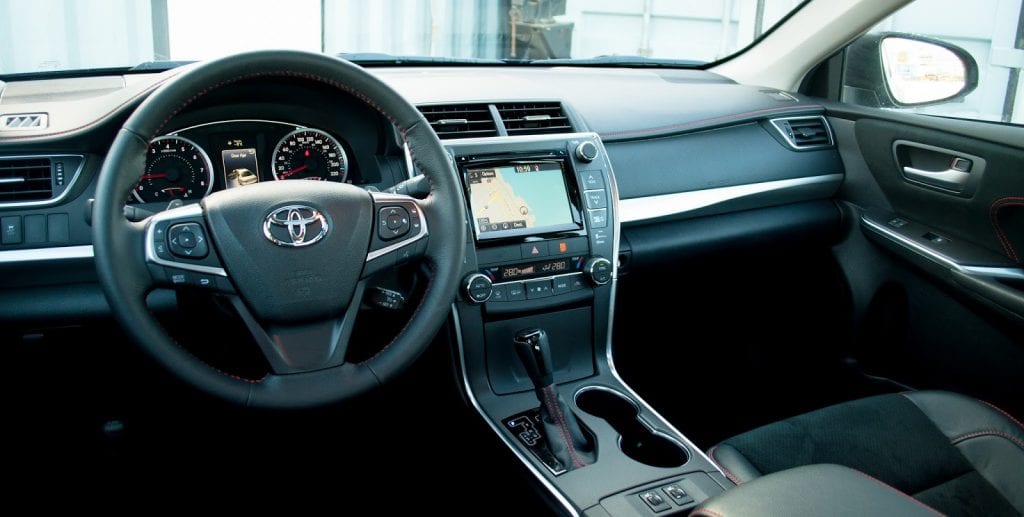 Adding the V6 to a 2015 Toyota Camry XSE costs another $5660, but the V6 XSE includes a raft of equipment that’s optional on the four-cylinder model. It’s worth it. If you’re going to buy the continent’s best-selling car in large part because the sampling size which helped establish its image of dependability is so large, you owe it to yourself to get the best version of the continent’s best-selling car.