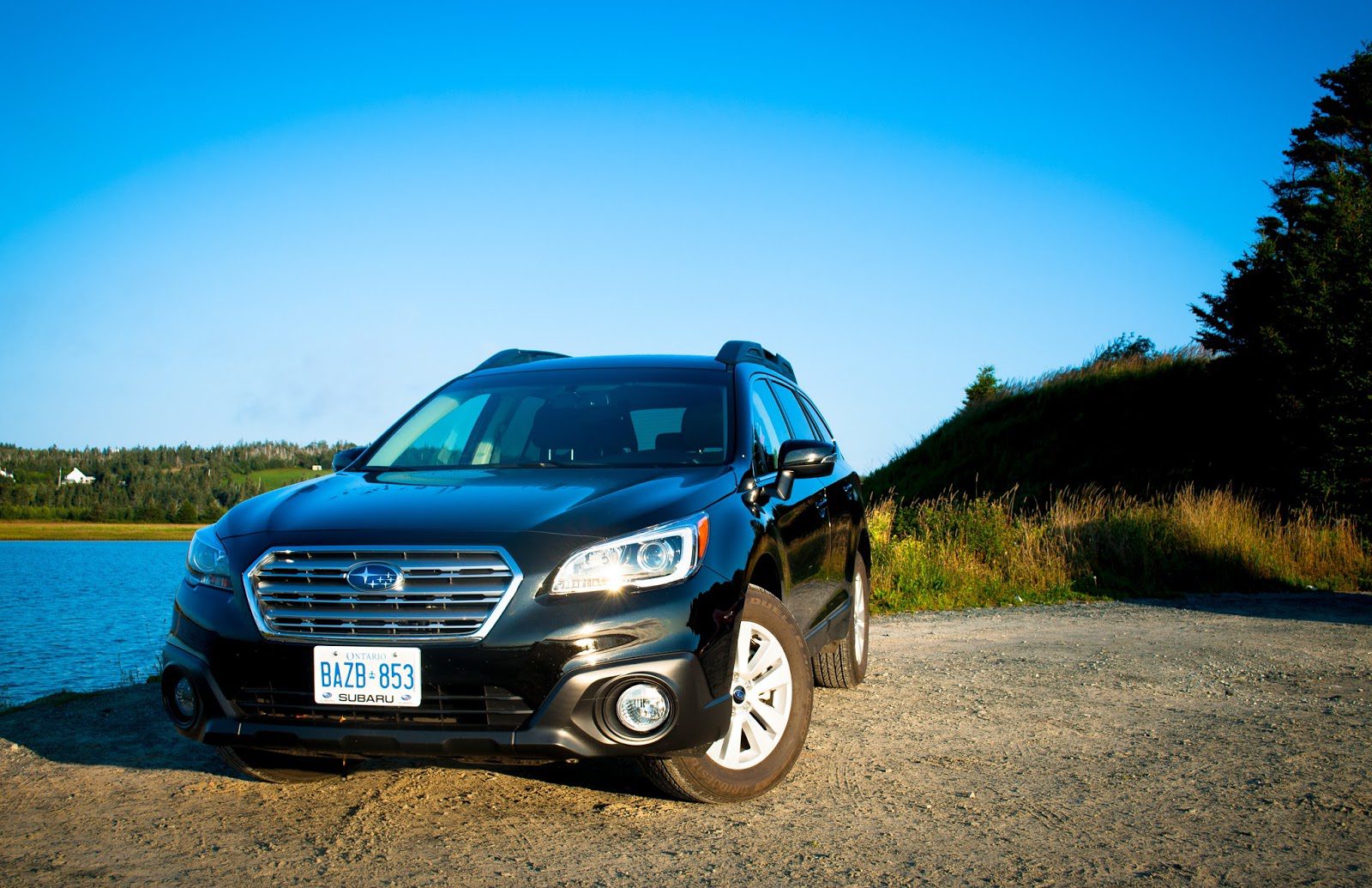 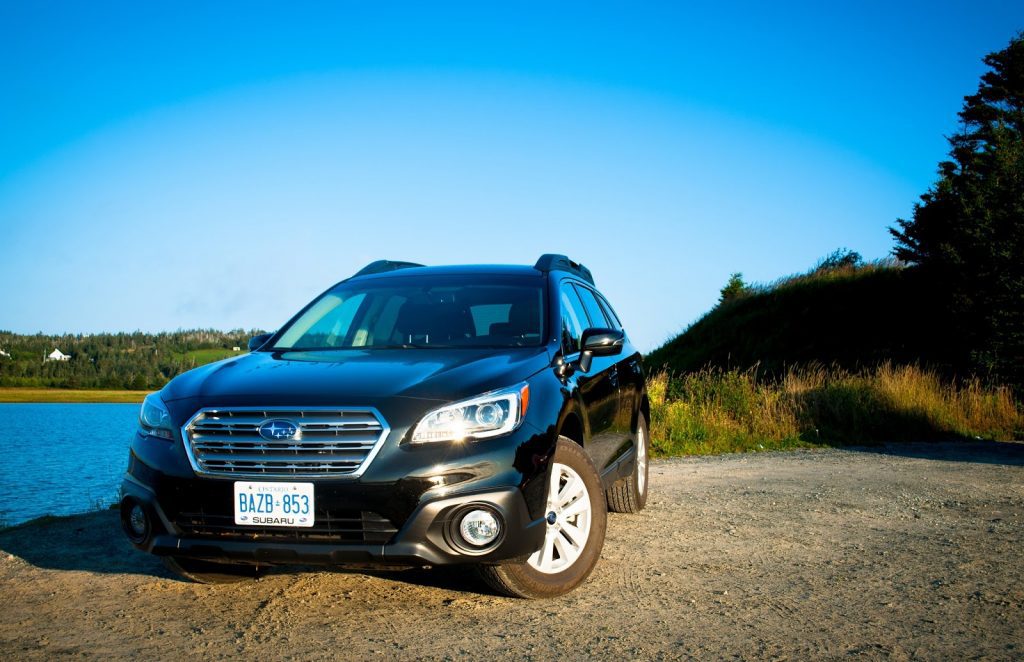 Of all the things that struck me during my week with the 2015 Subaru Outback at the end of August, it was the realization that this nameplate has been around for two decades which shocked me most.

Is this because I’m getting old, that when I think something occurred recently, I find out it actually happened 20 years ago? Subaru first showed North Americans a Legacy Outback at the New York Auto Show in 1994. In other words, there are people who have been driving for four years who never knew a world without the Subaru Outback.

True, you could argue that most modern crossovers have stolen their offense from the Outback’s playbook. But driving the Outback is different, and it continues to be perceived by the vast majority of actual Outback buyers as different, as a true crossover; a true mid-point, between car and SUV.

Audi’s A6 and A4 Allroads are all good and well, but they’re very rare cars. Volvo’s XC70 has lingered, but it too has become very uncommon in terms of new car sales. Don’t even say the words, “Honda Crosstour,” within range of my ears.

One then wonders what’s always been so different about the Outback.

To answer that question, we would need to examine multiple products from multiple periods over the the last two decades. So what about this new car? What makes this 2015 model great; what ensures further success for the fifth Outback? 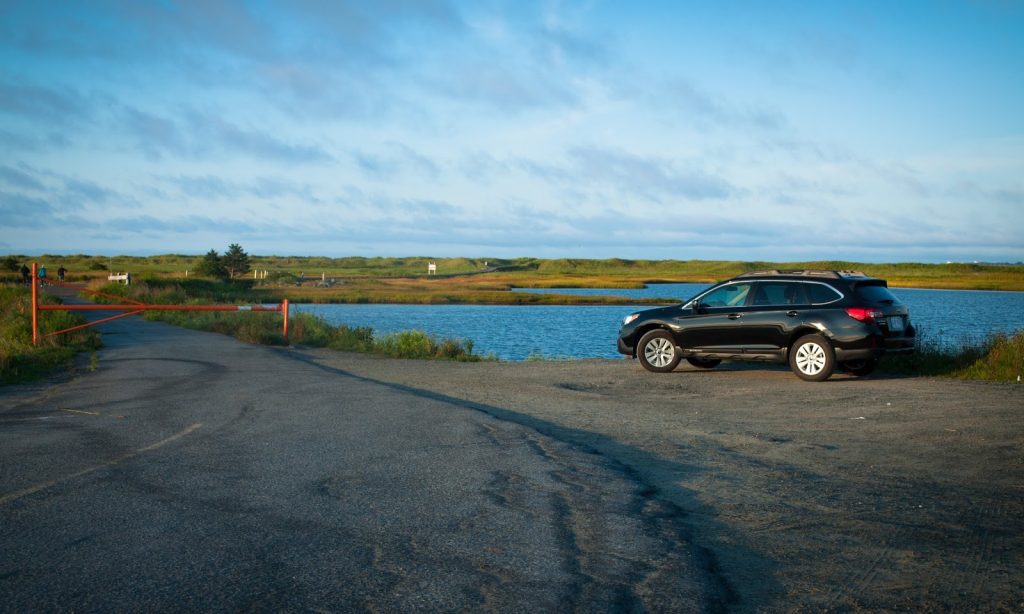 Subjectively speaking, it looks better than the outgoing car. Though strikingly similar in most ways, perhaps too similar from some angles, its face is cleaner and classier. Unfortunately, this specific tester, a 2.5i Touring version on loan from Subaru Canada, features alloy wheels that do a really good impression of cheap wheel covers.

It’s better built than previous Outbacks were. There’s no hint of fragility to this car, no after-bump jiggles and rattles, no door-closing thwacks where there ought to be, and are, thunks. It is more than vaguely Toyota-like, and given the relationship between the two companies, we shouldn’t be surprised.

Interior quality and workmanship has taken a big leap forward, particularly where it matters around the driver. The infotainment unit is now modern, which is to say it meets our low expectations for in-car systems but doesn’t rise to the level of convenience you’d find in the new Mazda 3 or the depth of services in Chrysler’s UConnect.

With each new Outback iteration, there’s been a moderate increase in space and comfort, progressively less of the knees-to-chest awkwardness for rear passengers and arguably better seats for front passengers. This remains true, but I’d like the front seats to feature side bolstering that wasn’t quite so far away from my sides. The headrests feature a welcome range of adjustability.

Cargo capacity is up slightly from 971 litres to 1005; from 2019 to 2076 litres with the seats folded as overall length grew by six-tenths of an inch.

The Outback is still a smart car. The roof crossbars are embedded in the flush-mounted side rails until you need them. City fuel efficiency has improved from 9.9 L/100km to 9.3, 11% better than the basic AWD Ford Escape, Canada’s best-selling SUV/crossover, is rated to achieve. Pressing Subaru’s X-Mode button turns the Outback, already a tall-riding car with 8.7 inches of ground clearance, into a very capable mud-runner by remapping the transmission and all-wheel-drive system and traction control. It’s not a joke.

The 2015 Outback’s on-road behaviour produces what may be the most convincing argument that the Outback has improved. Ride quality is superb, as the Outback isolates occupants from road imperfections while maintaining a nice amount of firmness. The Outback has become a very quiet highway cruiser, no vibration seeps through the pedals or wheel or shifter, and the boxer four-cylinder has been further refined to reduce unwanted boxer noises.

Say what you will about the character of older H-4 Subarus, they weren’t the engines you strapped on if you were going to meet the queen. This 2.5L is now smoother, and there is still a hint of flat-four warble if you call upon it.

Subaru has also made a slight return to its more enjoyable driving roots after a fourth-gen car that was all too boring to drive. This new Outback doesn’t have the the same amount of athleticism enjoyed by the third-generation Outback; nor is there any real interactivity here. But body roll is kept to a minimum in comparison with most small crossovers and the steering is sufficiently quick to make me think I’d hustle this car whenever the opportunity presented itself. I wouldn’t have said that about the last Outback, and I certainly wouldn’t say the same for the Toyota RAV4 or Nissan Rogue.

Hustling is perhaps a stretch for the overburdened 175-horsepower powerplant, of course. There’s a great deal more cooperation now between the engine and the continuously variable transmission, so much so that the car no longer feels slow unless you’re accelerating from rest up a steep hill. The CVT is rarely annoying, offering a distinct stepping sensation and paddles if you want to exert some control. In Canada, consumers are still given the option of selecting a manual transmission. Oh joy, oh delight.

Yes, you’ll want the 256-horsepower six-cylinder, but you might not want its fuel bill, 12 L/100km in the city, or the $3000 premium you’ll pay on to get that boxer six. (We averaged a somewhat disappointing 9.7 L/100km in mostly urban driving in the four-cylinder.) But you won’t need the six-cylinder – base four-cylinder Outbacks weigh less than 3600 pounds. They can make do.

Positivity aside, I’ll admit I grew somewhat bored of the Outback before the week was up. I blame the black paint for masking the more stylish look of the cladding – it looks great in lighter shades. We also have frequent access to more thrilling machines on a regular basis. The Outback doesn’t thrill, nor does it aim to. 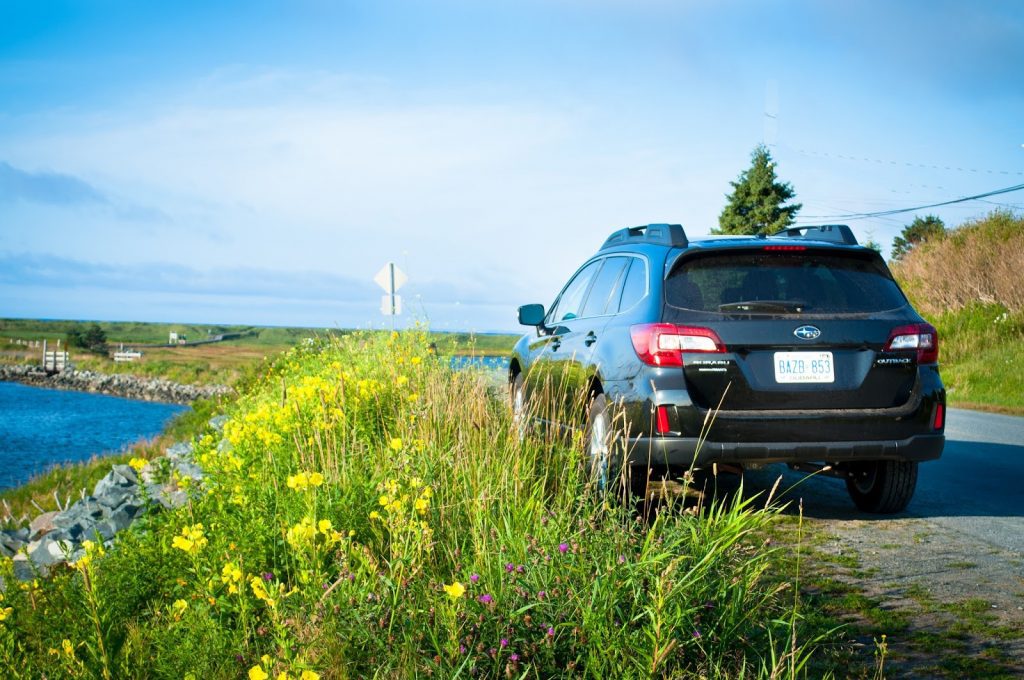 There are things Subaru could do better, from re-injecting more fun back into the chassis, crafting less American-waistline-oriented seats, designing a faster power liftgate that doesn’t leave me standing impatiently in a parking lot with a 30-pound bag of dog food, reining in the aggressive throttle tip-in, and providing 200 standard horsepower.

Yet the 2015 version makes the Outback a better car than it’s ever been. Subaru has worked to make it better despite the lack of pressure from rival automakers; despite the security of Subaru’s steadily growing North American sales volume.