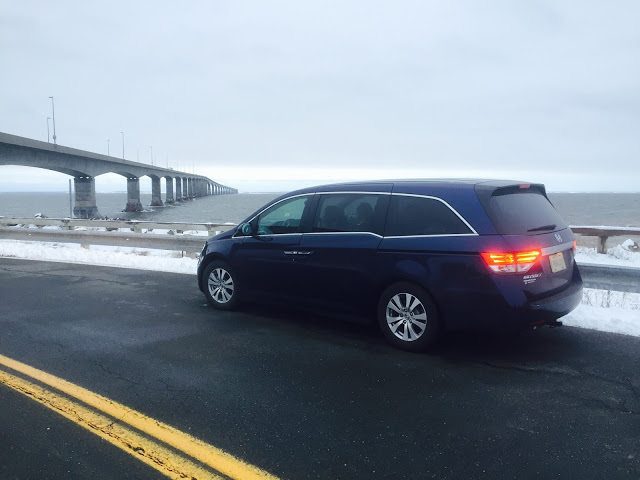 A 1000-kilometre round trip to, on, and home from Prince Edward Island was the main event for GCBC’s long-term 2015 Honda Odyssey EX in December 2015, the sixth month of our Odyssey’s long-term test.

Christmas in Prince Edward Island occurred after a month in which we made extensive use of a few manufacturer-supplied weekly press vehicles: Honda Accord, Cadillac Escalade, and GMC Terrain Denali. Combined with illness at GCBC Towers, the Odyssey was rarely called upon over the first three weeks of the month.

But Honda’s minivan, like its rivals, is built for family road trips. One specific challenge required ferrying five adults and a toddler back from the airport in Moncton, New Brunswick. Following a snowfall the evening before, we figured a scenic shortcut through Murray Corner would be as clear as the main two-lane highway. It wasn’t, but the Odyssey’s winter tires acquitted themselves well and we made haste in the snow-free stretches, hustling the Odyssey like no other minivan can be hustled.

With ample room for all occupants, we happily took a long way back out of Moncton from the airport in Dieppe to the St-Hubert in Moncton West’s big box district. Fuel economy from Summerside, PEI, to Moncton, New Brunswick, and back? 8.5 L/100km, or 28.7 mpg on the U.S. scale. 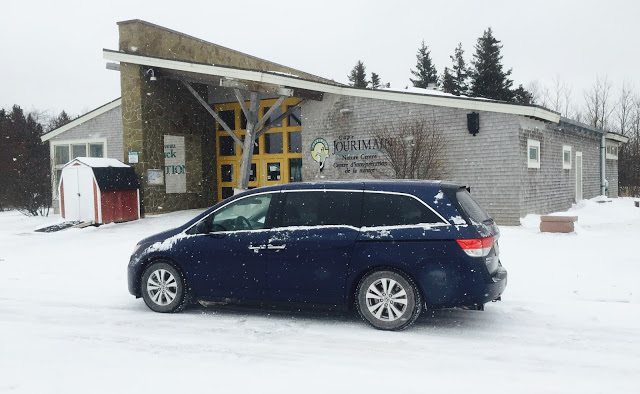 A few days after Christmas, with the temperature having plunged to -10°C and a van weighted down with new mittens, new books, new toys, and new gift cards, our fuel economy from Summerside to Halifax – which includes a chunk of “mountainous” driving – dropped to 9.2 L/100km.

How much fuel was spent attempting to throttle out of the mud on Eddie Murphy Road in Darnley, PEI, on Christmas afternoon? The turkey was in the oven, naps were being had, so I figured there was no time like the present to get the dog to our favourite beach. I may come from a family of Islanders, but I could not have believed that the melt from one big snowfall and temperatures 10 degrees above normal would cause the Odyssey to sink up to its door sills in PEI’s famed red dirt. 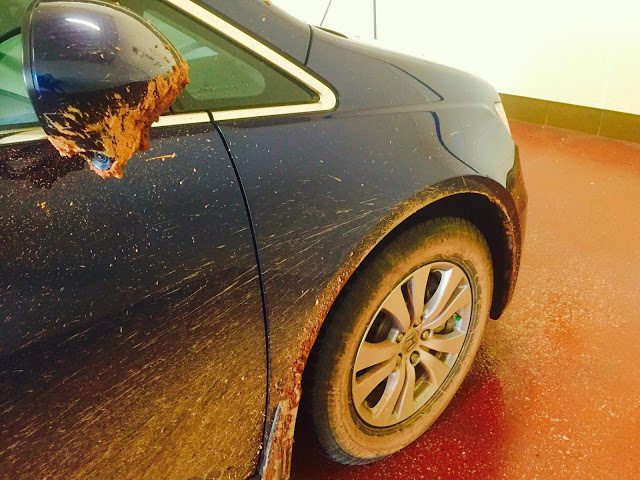 Alas, it was not (initially) to be so. At a complete standstill, with the dog panicking in the cargo area, I hopped out quickly to gauge the severity of the situation. This enabled me to better see that the grassy ditch was drier than the road itself, and if only I could get the van onto the first part of the grass – which was noticeably higher than the road and about a foot from the downhill portion of the ditch – I could likely get the van moving at a better speed.

I called back to the house to Summerside to notify them of the trouble – every house I could see was actually a boarded-up cottage – then hopped back in, put the van in neutral so I get once again get out to rock the van back in its tracks, turned the vehicle stability assist off and gunned the Odyssey out of the depths, did not so much as consider yielding at the intersection and cruised down Branders Pond Road. We parked at the bottom, walked through farmers’ fields back uphill and downhill to the private-for-the-day beach, and washed the van on the way home. The wash was needed.