2015 Buick LaCrosse AWD Review – Probably Not Your Kind Of Car 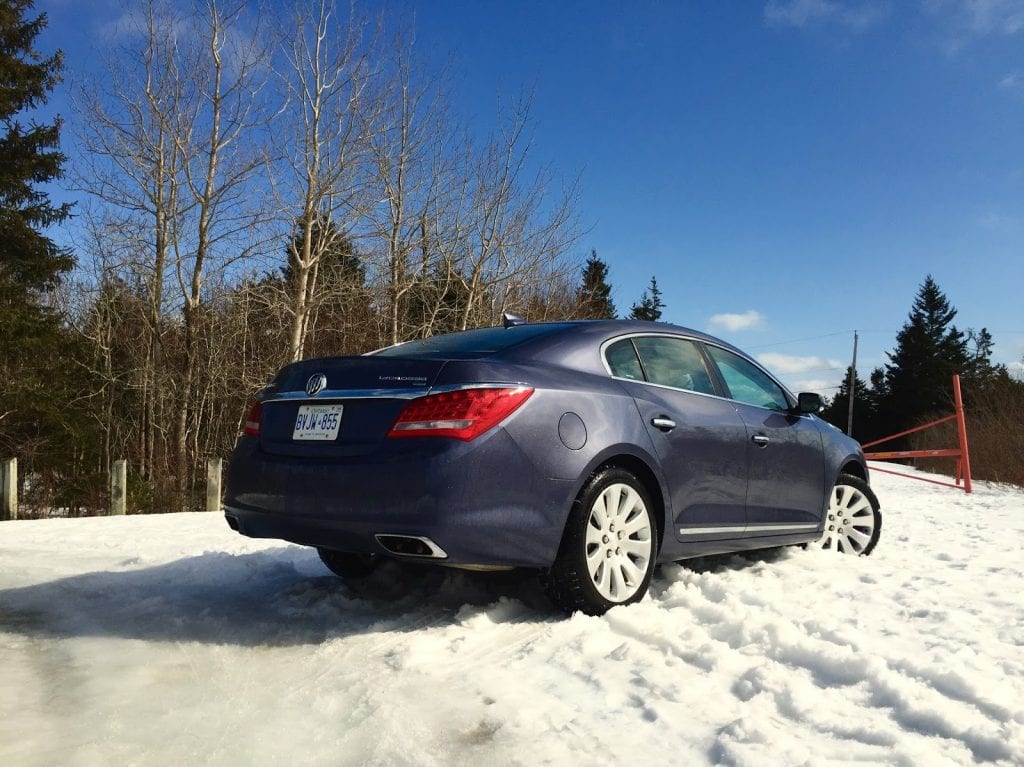 Full disclosure: this is not my kind of car.

Buick sold 1557 LaCrosses in Canada last year, a modest increase compared with 2013 but the second-lowest total in the the LaCrosse/Allure history; down 89% compared with 2005 levels. Yes, that 2005, the year in which GM Canada sold 15,675 LaCrosses, LeSabres, and Park Avenues.

More disclosure: big Buick sedans are increasingly not your kind of car, either. And by “your”, I’m referring to the market as a whole.

That doesn’t mean I can’t be converted. Despite its terribly light steering, one week with the 2014 Chevrolet Impala LTZ led me to tell my wife that we should pick up a used one in a couple years. She laughed at me. “We’re not your grandparents,” she said. I hope she felt really guilty about reminding me that all my grandparents are, you know, dead. 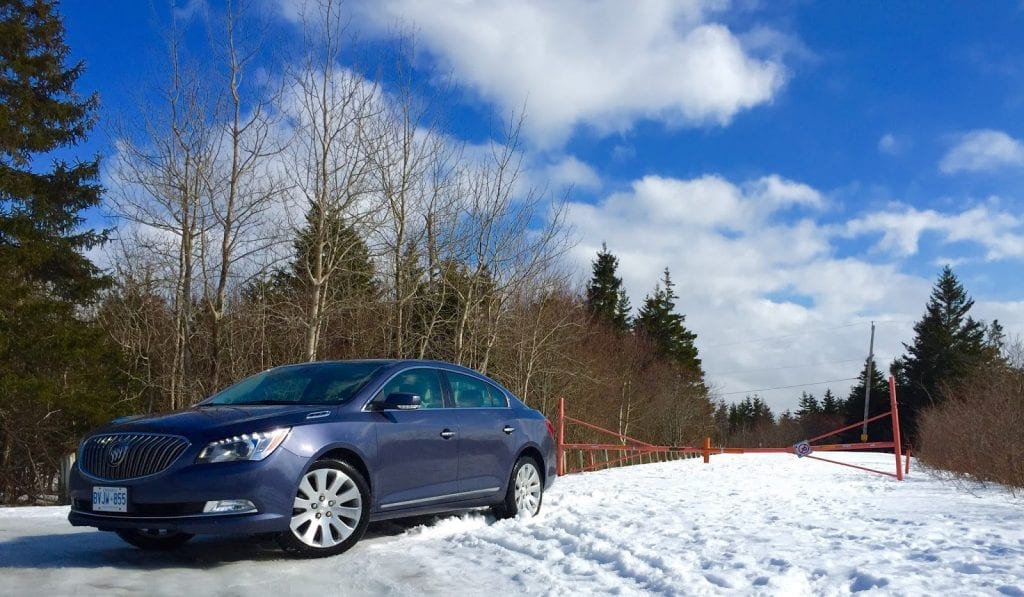 I enjoyed a week last summer with the latest all-wheel-drive Hyundai Genesis, as well. Granted, its rear-wheel-drive-based architecture does offer a different vibe. The Ford Taurus is too small inside, but the Chrysler 300? Ever more cool to my eyes. The Dodge Charger is available with more than 700 horsepower, and that Hellcat rubs off nicely on all the lesser Chargers.

But the 2015 LaCrosse, a Lexus ES-fighting, 3.6L V6-powered, all-wheel-drive big car with a surprisingly tight 13.3-cubic-foot trunk and an as-tested Canadian price of nearly $52,000, is not my kind of car. True, it’s a nicely executed version of what it’s supposed to be. Alas, what it’s supposed to be is not for me, and the figures suggest, not for you, either.

The LaCrosse is supremely quiet, albeit let down by a set of noisy Hancook winter tires on our tester. The rear seat is expansive with plenty of width for three if need be. Buick’s Intellilink infotainment unit is sufficiently straightforward and simple, not the best but certainly not the worst interface in the automobile world. From most angles, the LaCrosse looks quite nice, as well, and certainly more premium than it did when this second-generation debuted half a decade ago. Interior material quality is quite posh, even on the rear doors.

Unfortunately, there’s more than a hint of old Americana in the way the LaCrosse makes its way down the road. The engine’s bounty is noticeable, but so is the car’s 4140-pound curb weight. While the LaCrosse is surprisingly composed when driven with a moderate level of increased urge down a twisty road, the level of surprise arrives in large part due to your own expectations.

And the fact that the LaCrosse feels better at six-tenths than three-tenths is troublesome. Sure, it always manages to mask pavement imperfections, but it’s working so hard to do so that there’s a faint but constant sensation of up-and-down-side-to-side of body movement, like a waiter who consistently provides refills but always seems to be hovering over your table.

The LaCrosse’s steering is sharper than the Impala’s, but its overall ride and handling balance lags behind the Chevy, which feels much smaller to drive than it actually is. All-wheel-drive availability is one key differentiating factor; a buyer’s locale determines the degree to which four driven wheels are essential. 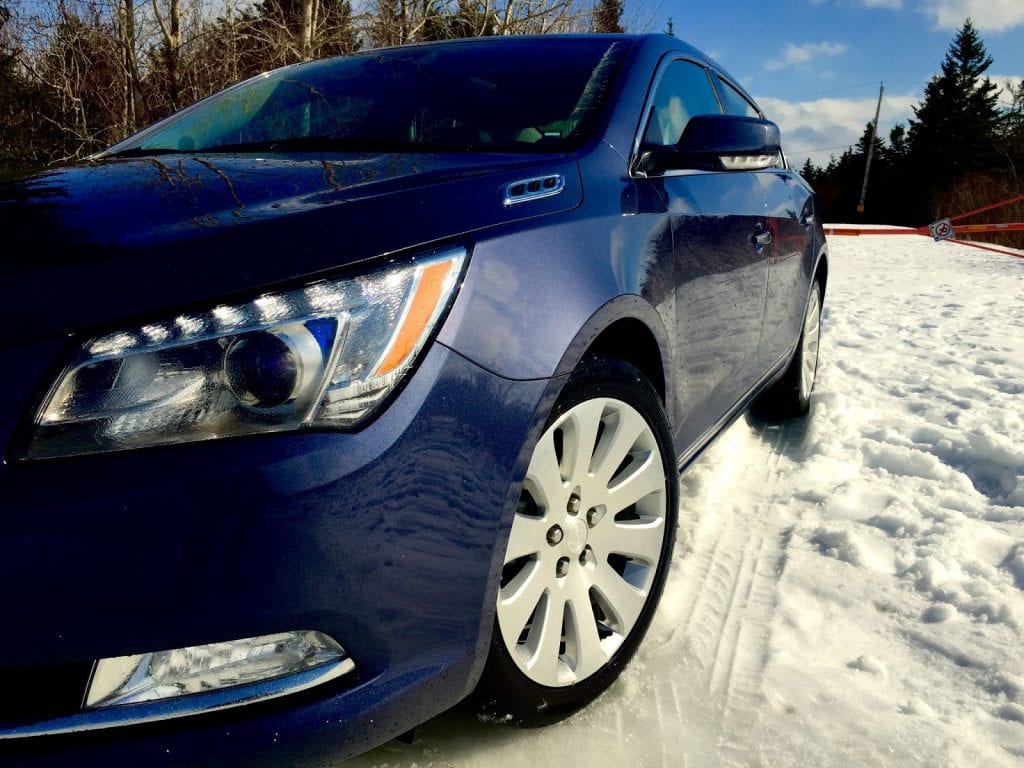 Refreshed for MY2014, the second-gen LaCrosse is now in its sixth model year. Even in old age, it proves Buick can do luxury well. Combine that premium quotient with the Verano Turbo’s Euro-like balance, the Regal’s snappier exterior styling, and the Impala’s vast cargo area and perhaps the LaCrosse is transformed into my kind of car.

It’d help if they got rid of the capacitive touch climate controls, too. My grandparents wouldn’t have a clue what to do with those.