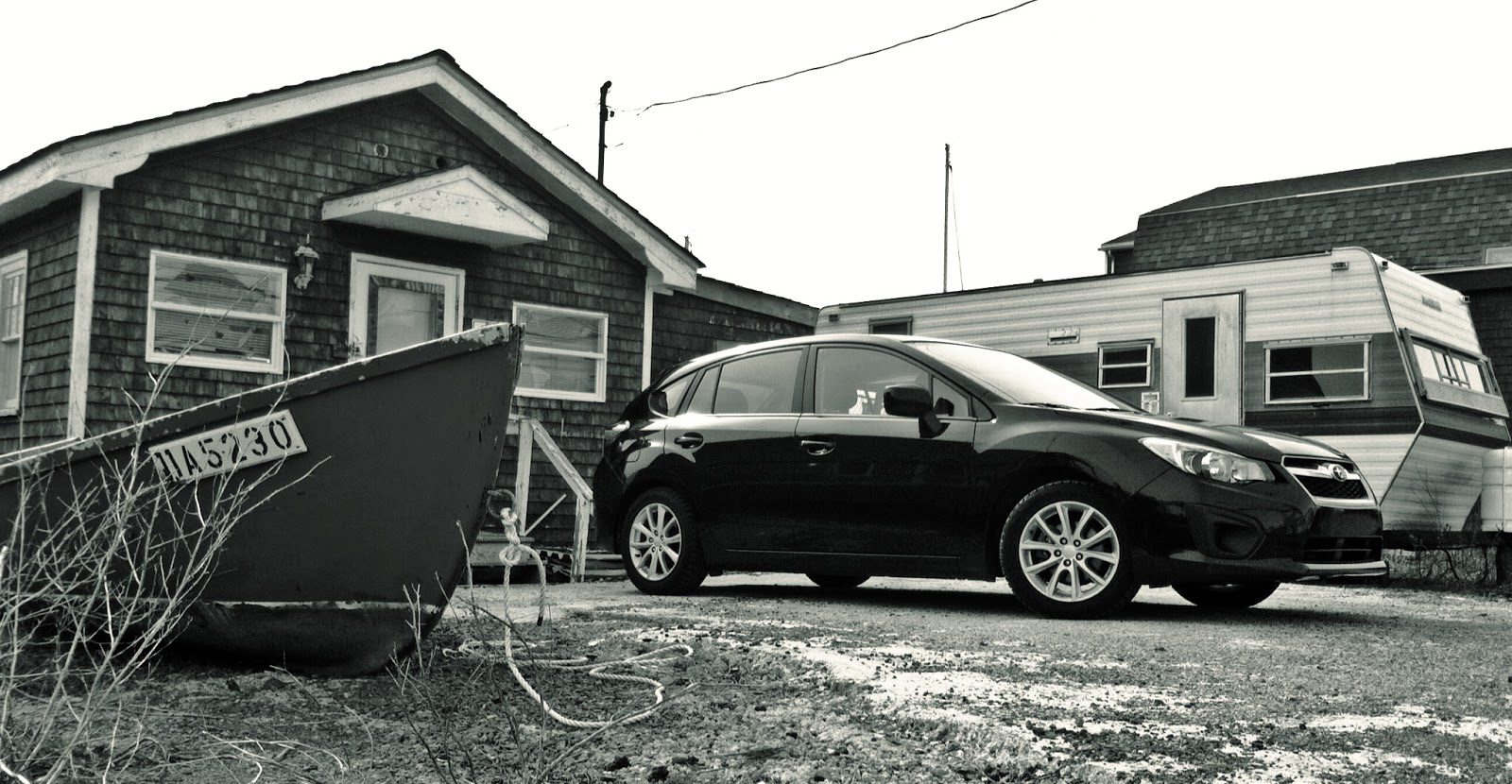 2014 Subaru Impreza Review – The One And Only 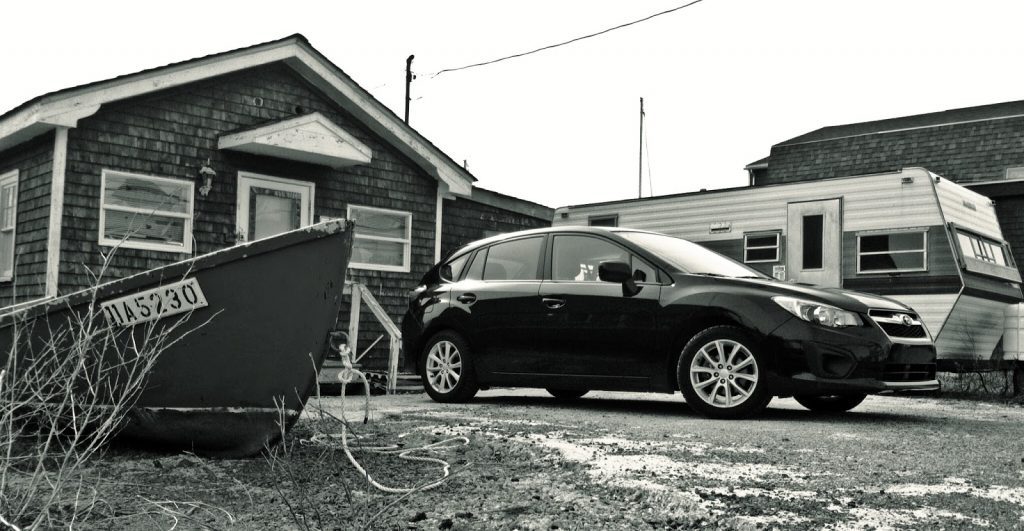 Subaru is operating with a number of unfair advantages. Actually they’re not unfair at all. Subaru isn’t stopping rival automakers from reading their playbook.

All Subaru Imprezas are all-wheel-drive cars. All-wheel-drive isn’t an option on specific Impreza variants; it’s not reserved exclusively for low-volume sporting
examples. Every Impreza sends its power to all four wheels.

Second, the Impreza can be purchased in hatchback form. In North America, you can’t buy a hatchback version of the Toyota Corolla, Honda Civic, Chevrolet Cruze, Nissan Sentra, or Dodge Dart.

There are issues that come hand in hand with these benefits. All-wheel-drive adds cost, and an all-wheel-drive configuration also adds weight, which increases fuel consumption and curbs acceleration. There’s a thick centre hump which severely reduces rear seat space for the middle passenger. Meanwhile, extinguishing the trunk in favour of a hatch adds $900 to the Impreza’s price in Canada.

Yet, by arriving to a front-wheel-drive sedan-oriented fight with an all-wheel-drive hatchback, Subaru secures for the Impreza a large number of sales before we’ve even gotten down to the nitty-gritty. 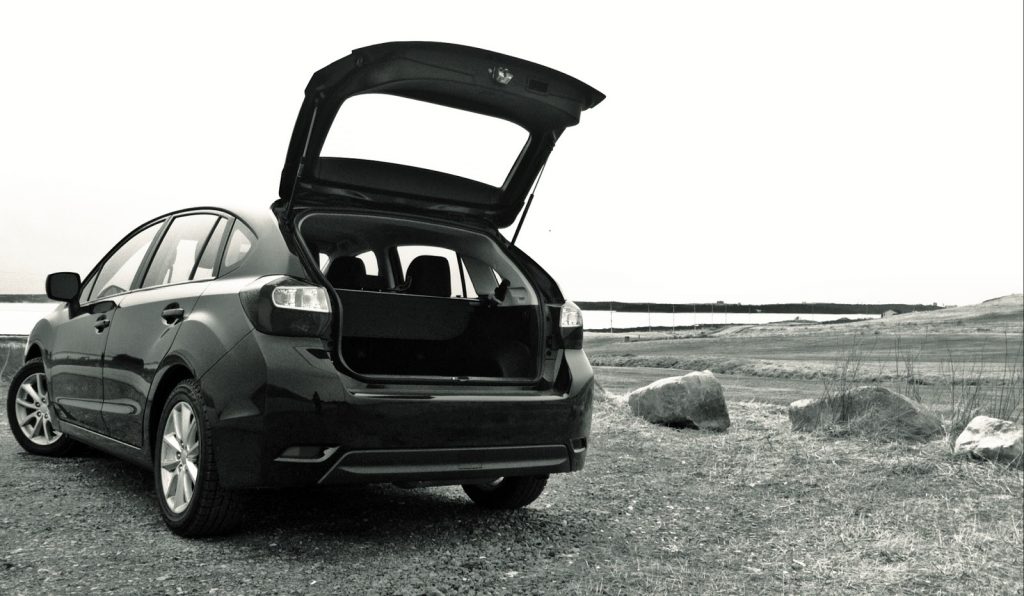 It is nevertheless challenging to ascertain whether the Impreza that Subaru loaned us last week, a 2.0i Touring model, would be competitive sans AWD. In that case, the Impreza would be a completely different beast; a less expensive package overall. Rear-driven BRZ aside, it wouldn’t be a proper Subaru.

Ignore the hypothetical, then, and judge the fourth-generation Impreza on merit, if you can. Bland on so many levels, the 2014 Subaru Impreza manages to be an incredibly unique car, a proxy Saab in a Saab-free era. For better and for worse.

The Impreza is devoid of face, utterly forgettable when viewed from the rear, and missing the tell-tale Subaru cues which the company’s designers have reserved for faster examples of this car: the ultra-puffed arches, functional hood scoops, gaudy wings, visible exhaust tips, and big wheels.

In this class, of course, the Impreza is not unique in its blandness, but Subaru didn’t improve matters inside, where the Impreza more closely resembles the compacts of yesteryear than this year.

And feels it, too. There’s not a single part inside that doesn’t feel like like Subaru was desperate to save every penny.

Except for the seats, which are terrific. Slightly firm, slightly cushiony, with a measurable amount of bolstering, these are some of the compact sector’s better standard seats. They’re not good enough to make you think the rear doors thunk when they really clink, nor will they shut out excessive engine and road noise. But the seats are a major plus in a car where buttons and switches were built to a cost in order to save money for an all-wheel-drive system to be installed at a relatively affordable price point.

In the driving experience, Subaru has offered up a mixed bag. If you pay an extra $1300 to snuff out the clutch pedal, the 2014 Impreza is saddled with a lackluster continuously variable transmission. You’ll suffer through the moaning under acceleration and the wind-up-and-pull-forward sensation we associated with CVTs from a prior generation. It seems as though the CVT is a real power sapper, too – the Impreza’s horsepower-to-pound ratio isn’t dreadful – because these 148 ponies act as though they’ve been starved and dehydrated.

But there remains something endearing about the horizontally-opposed 2.0L four-cylinder Subaru engine. It takes forever and a day to crank, there’s an only barely apparent warble, and it does produce torque where you’ll want it to produce torque.

Flat-fours, also known as boxer four-cylinders, are as rare as Saabs these days, but Subaru’s lineup is full of them, and the company is made all the better because of their unusual engine layout.

More importantly, there’s something endearing about the way the Impreza rides and handles. Subaru has set the car up to lope along casually, and while aggression has been spared for the WRX and STi versions of this car, this all-but-basic Impreza Touring justifies its status as a great foundation for high-performance cars. 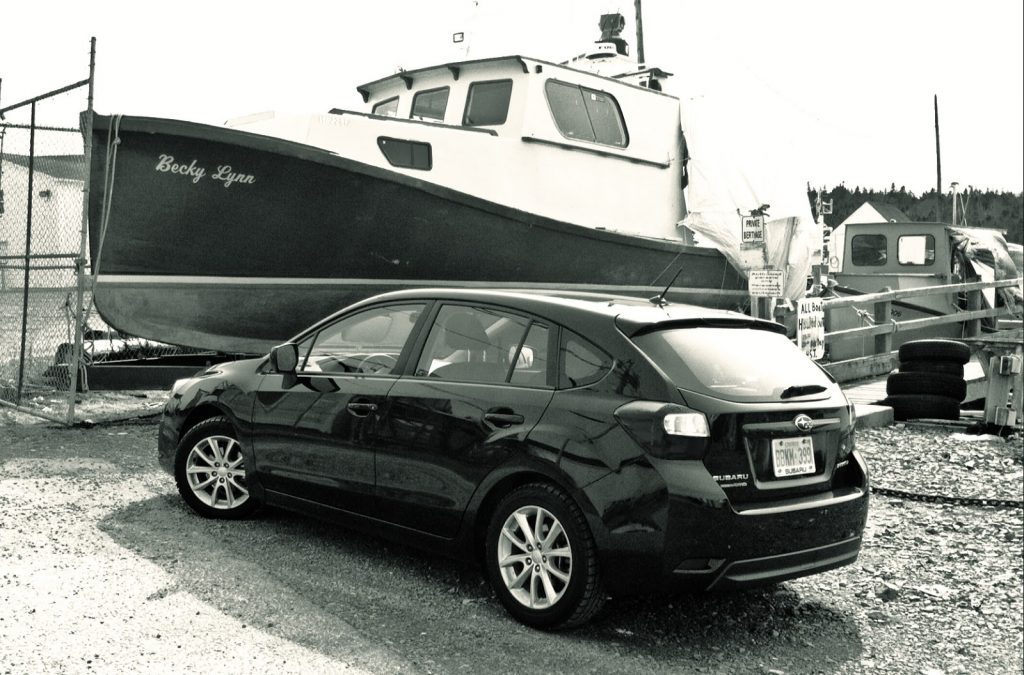 Shoved along with a purposeful prod of the throttle pedal, the Impreza doesn’t isolate its chassis’ work from its driver, thereby allowing some thoughts to filter through. The steering has life, a real rarity now that we’re at the dawn of an age of autonomous steering.

This Impreza hatchback isn’t about to play along with Fiesta STs on an autocross circuit. But if you’re looking for a conventional small car that won’t bore you to death when the driving should truly get interesting, the Impreza’s allotment of interactivity causes it to stand out from much of the pack.

Conventional? The Impreza most certainly isn’t. Of course, the pack of better-selling small cars provides superior interiors and, more often than not, greater style. Yet as it has in the past and likely will in the future, the 2014 Subaru Impreza meets specific demands for an all-wheel-drive hatchback head-on. In so doing, the Impreza, for the right buyer, negates the pack.