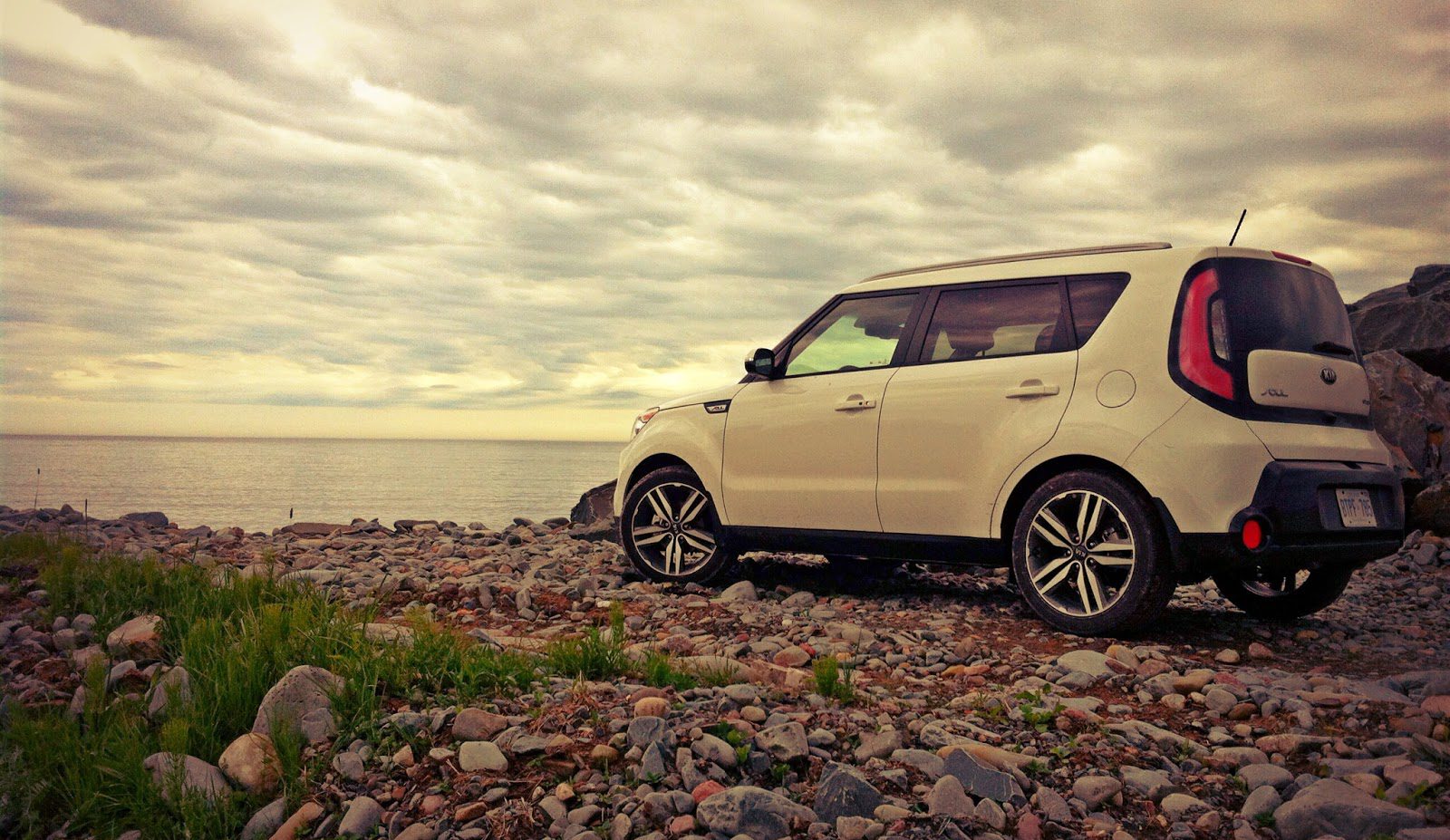 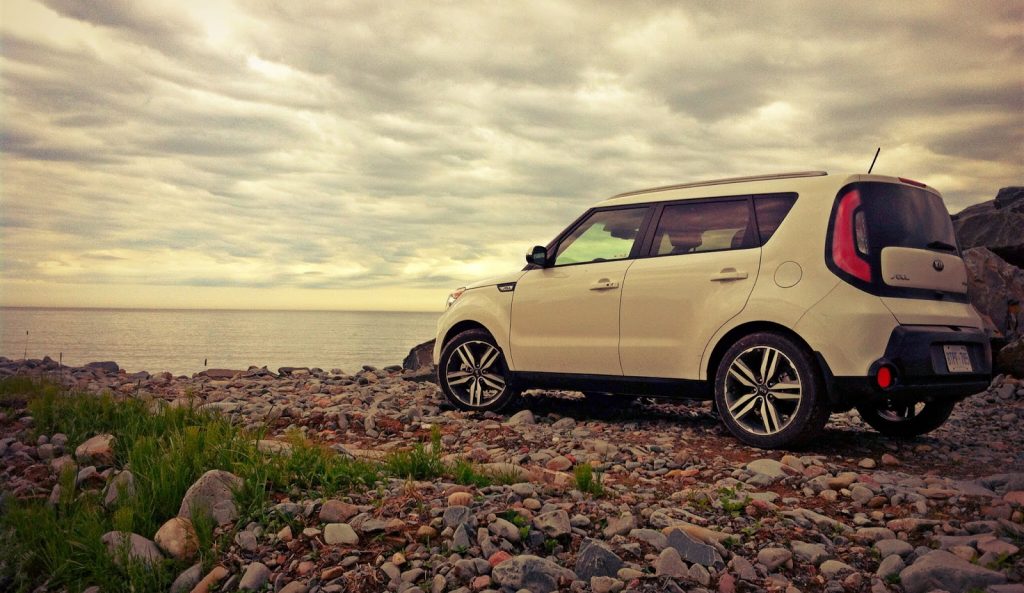 This Kia Soul is better than the first Kia Soul. In very nearly every way.

As a very young car enthusiast, before the dawn of the online age, I was so confused by some of the questions asked by the automotive press upon the arrival of a new car. Mainly, why were they asking whether the new version was better than the old version?

Most assuredly, I was befuddled, as I simply assumed that a new 1992 Pontiac Bonneville was many times more awesome than a 1991 Bonneville. New chocolate bars were better than the ones from last Hallowe’en that I found in the pocket of a neon green windbreaker I wore seven months prior; surely a new Golf is more charming and more dynamic and better built than the old Golf? New jeans were better than the old jeans I tore up sliding into third base at recess, the ones that barely covered the top of my socks; surely each new iteration of the Mitsubishi Eclipse must be superior to the outgoing edition. No?

I’ve learned that it’s not automatic. Moreover, it may be that the vehicles with which automakers struggle the most to adequately revamp are the ones which were style-centric, known for their design as much as they were for their interior space or built-in value quotient. Even those who didn’t appreciate the first Kia Soul’s eye-catching exterior would acknowledge the Soul was a car that majored on style.

Replacing the underlying platform, updating the interior, and adding features are, to a degree, a set of secondary concerns in a car like this. Although the Soul hasn’t exactly reached icon status, it’s not unlike the difficulties faced by Mini or at Volkswagen with the Beetle. The new Soul had to look every inch like the Soul, but if it didn’t look new, it may not incite the necessary reaction from the style-conscious section of the car-buying public. 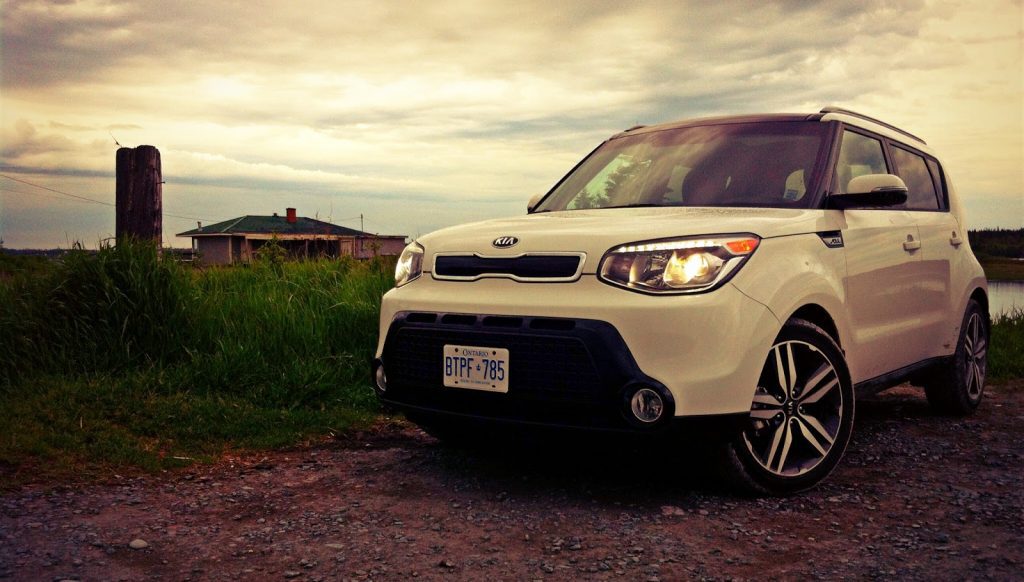 Let’s not bore ourselves with the details: the plentiful black surround on the tailgate, the headlamps that no longer grow deformities out of themselves, and the tiny but meaningful increases in length and width. To my eye, it looks like a fresher, newer, more modern Kia Soul. I think they nailed it. You will be the final arbiter.

As much as the exterior is an important section on the 2015 Soul’s resume, I had high hopes that the rest of the car would undergo the more serious makeover. The first-generation Soul was obviously a marketplace success, but not because it rode smoothly, steered sweetly, or made effective and efficient use of its powerplants, and not because it felt as well-built as the vehicles Kia has introduced since 2009.

In the 2015 model that Kia Canada delivered to GCBC Towers last week, superior ride quality was the most dramatic dynamic improvement. You’ll still suffer from a few unwelcome encounters out back where there’s still a torsion beam, but if poor ride quality was the key factor holding back a potential Soul buyer a year ago, they won’t feel the same way now. Losing the 18-inch-wheels from this fully-optioned SX Luxury model (a $21,095 ! with The Whole Shabang Package for $26,195 including destination, in U.S.-speak) may further isolate road imperfections.

Kia’s FlexSteer, which allows you to select one of three steering weight modes, is not uncommon in its lifelessness. I’d take GoodSteer from the latest Mazda 3 over the Soul’s trio of optional steering modes, but the Soul’s rack isn’t offensive. Nor is the handling anything worse than perfectly adequate. This isn’t a sporting device; there is no great level of athleticism. But as with any properly small car, the Soul is delightfully agile in urban scenarios, and the new Soul is also pleasantly quiet during highway jaunts.

I would appreciate the availability of a manual transmission with the 2.0L engine. Subcompact-like dimensions and 164 horsepower sounds fun at first. This Soul, however, is carrying around 3100 pounds, and it’s fitted with a 6-speed automatic that favours smoothness over swiftness. The 2.0L-powered Soul Exclamation Point isn’t slow, but there is a sense of weight you don’t expect in a car that’s only 163 inches long.

Regardless of its on-road characteristics, the Soul has proven to be a winner because of its engaging design, outside and in, and its vast interior. Rear leg room is terrific, and thanks to our slim Diono car seat, two adults could sit in the back with the baby and voice no complaints.

The driver’s seat doesn’t have the top-end Forte’s extendable seat cushion, but I still enjoyed the chair-like seating position and the improved material quality in all the places no car owner ever touches except when cleaning. The driver’s seat is powered in all sorts of ways, including lumbar, but the passenger has none of it. Both receive heated and cooled cushions, however. Living alongside the north Atlantic as I do, those ventilated front seats sure do come in handy for a long stretch during, well, the first week of August.

A bit longer than a Rio hatchback and a bit shorter than a Forte hatchback, the Soul’s interior only forces you to sacrifice when it comes to seats-up cargo capacity. It’s decidedly more subcompact-like than compact-like (532 height-assisted litres compared with 425 in the Rio hatch and 657 in the Forte) until you fold the seats down. At which point, the Soul’s boxy shape creates greater space than you’d get in, say, hatchback versions of the Mazda 3 or Ford Focus. 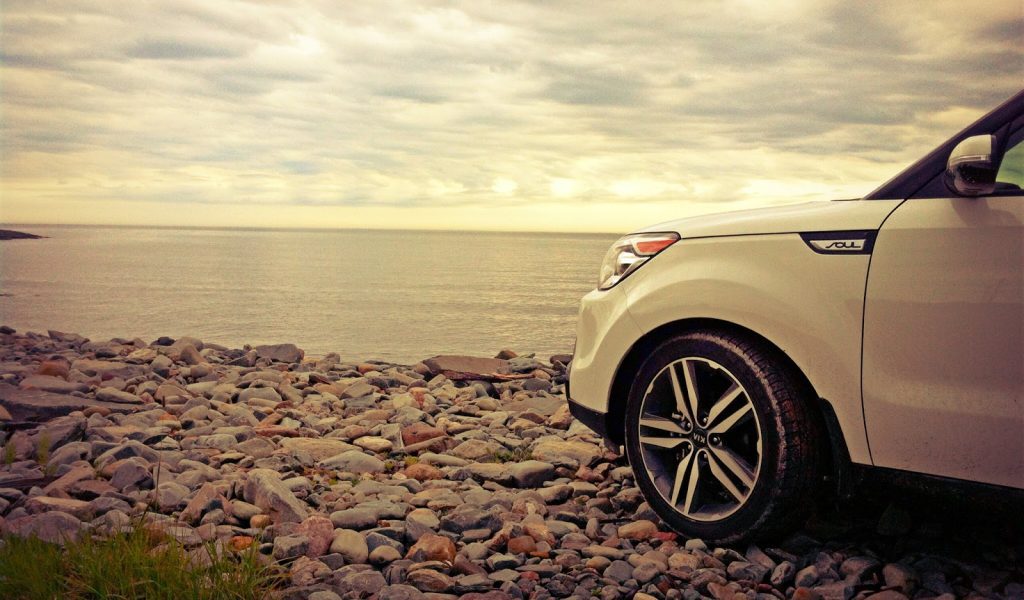 The Soul also feels like a much better-built car than the majority of, if not all, subcompacts. The rear doors thunk just as well as the front doors, rather than the thunk/thwack front/rear disagreement endured in many small cars. Kia’s UVO system continues to operate at an above-average level, with multiple menus visible on the screen at any given time, quick responses, and conventional controls for most features.

For less than $29,000, the level of luxury content in this SX Luxury Soul is impressive, from the panoramic sunroof to the upgraded Infinity stereo, navigation, and heated rear seats. Plus, power-folding mirrors that unfolded and folded back a thousand times while I did yardwork beside our driveway with keys in my pocket, wondering what that faint buzzing sound was.

The Soul isn’t sufficiently fuel efficient in contrast to most small cars, with EPA ratings of just 23 city mpg and 31 on the highway, just 10.2 and 7.6 L/100km. There is also genuine potential for a hot hatch here, and it would be wonderful if the Forte’s turbo and manual transmission made the trek over to the Soul.

It’s easy to suggest that halo models are insisted upon only by non-buying enthusiasts but won’t turn out to be profit generators. Yet the Soul’s audience has become so numerous that I have to believe a turbocharged, all-wheel-drive, sport-suspended Soul would gain more than just a small cult following.

Perhaps not. I certainly won’t argue with the merits of the car, nor the level of success Kia has stumbled upon with the Soul since it arrived in 2009. Through the end of May, Canadians have registered nearly 50,000 Souls. Soul volume was up 29% in May 2014 and is up 3%, year-to-date. It’s Canada’s 22nd-best-selling car, outselling the Nissan Altima, Toyota Yaris, Volkswagen Passat, BMW 3-Series, Dodge Dart, and Subaru’s XV Crosstrek. In fact, the Soul sells more often than the Buick Encore and Fiat 500L, combined.