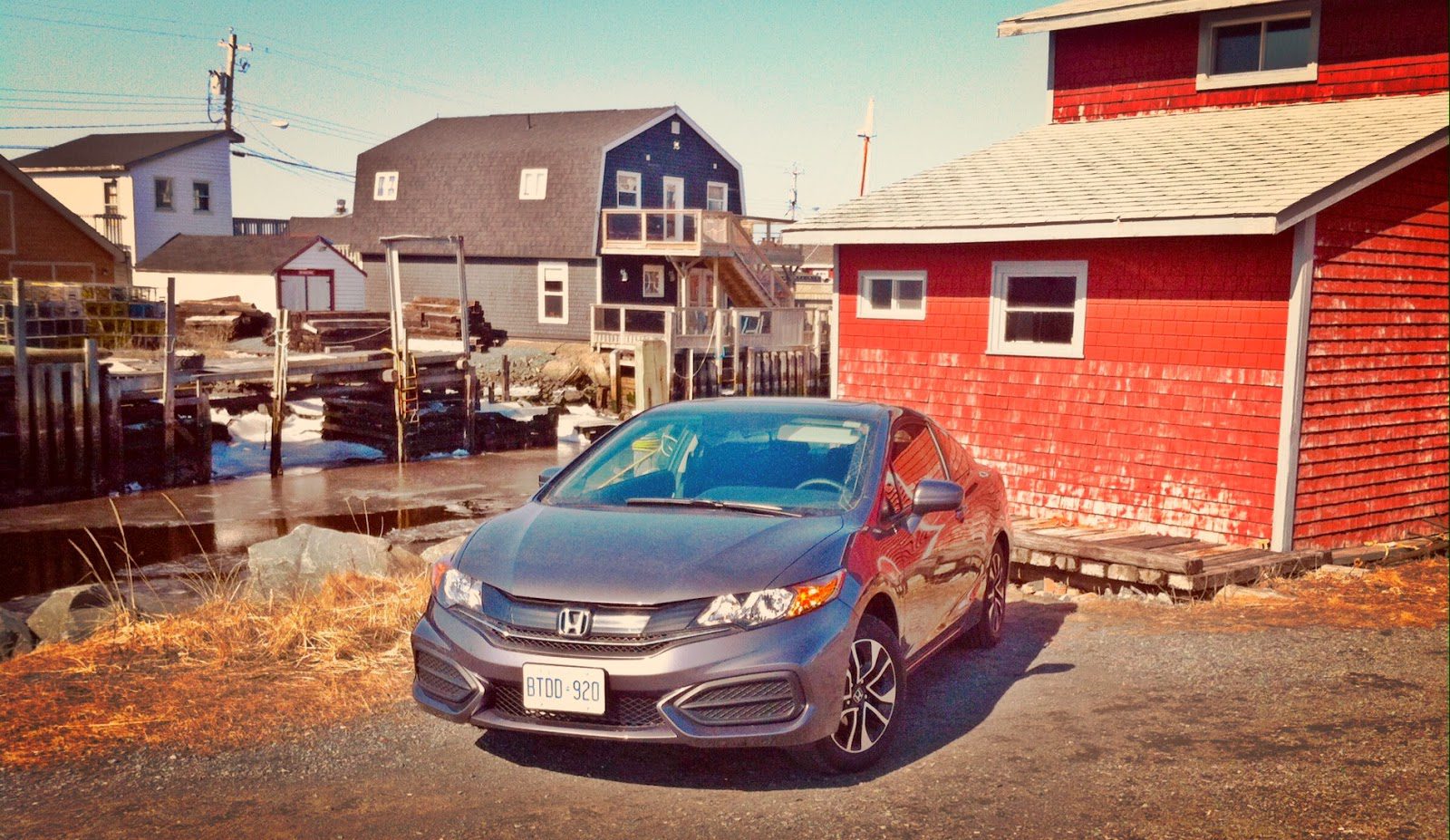 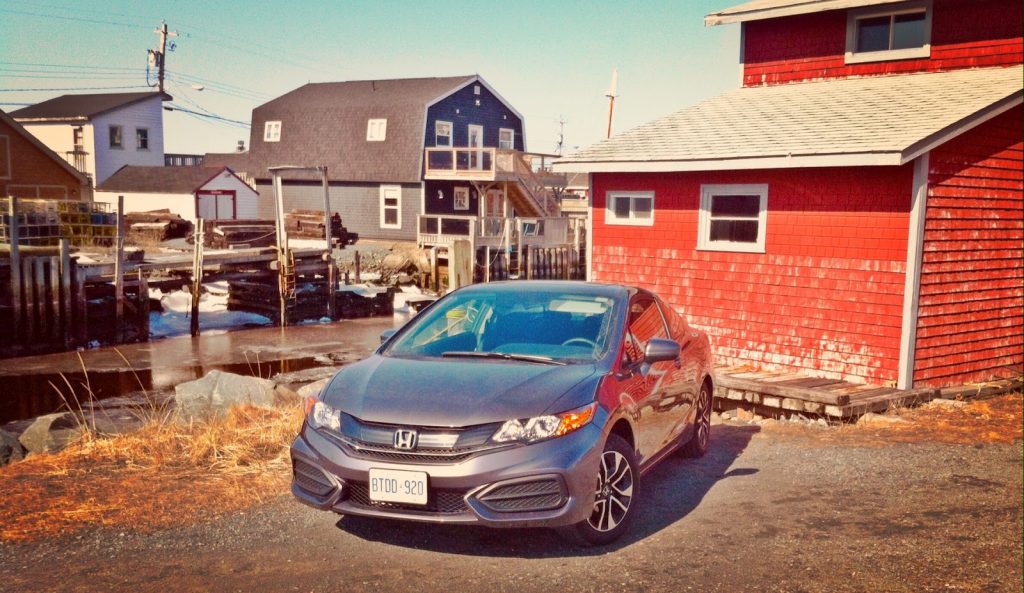 For the 2014 model year, Honda has again altered its Civic, the second revamp since the Civic was introduced as a mostly new car for MY2012.

Rejigged styling and some equipment changes play second fiddle to the introduction of a continuously variable transmission in place of a conventional automatic.

As is the case in any Honda, sticking with the less costly manual transmission is still the way to go for those who can. But this CVT, with its successfully implemented paddle shifters, is uniquely capable of behaving like a semi-malleable automatic.

The Honda Civic sells more often than any other passenger car in Canada. Although the Civic no longer rises to the highs of 2006-2008 when more than 70,000 were sold on an annual basis, Canadian sales are on the rise in 2014, surging 21% through the first one-sixth of the year. U.S. volume was at a six-year high in 2013, but the pace has slowed slightly in early 2014. 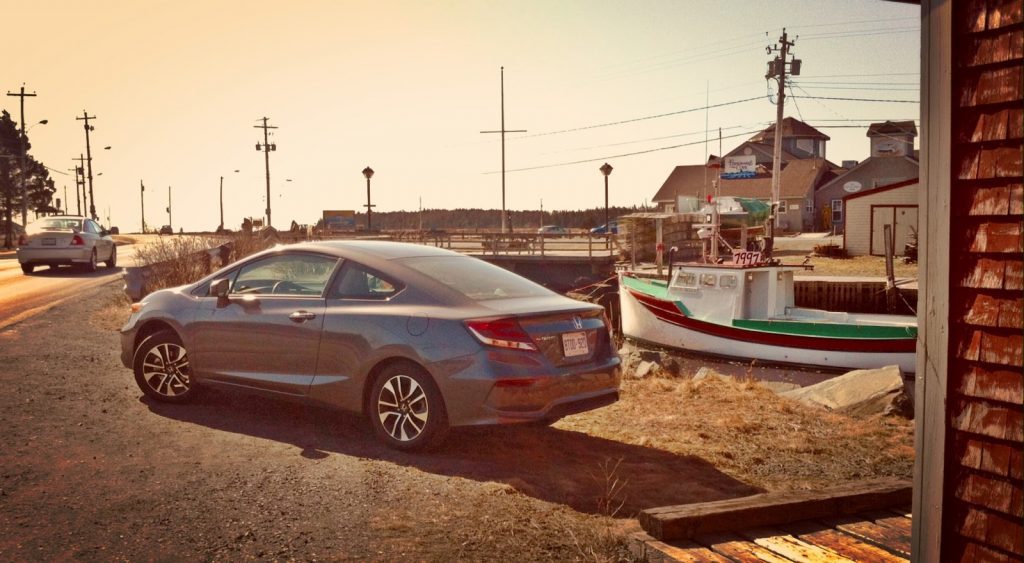 Of the 32 vehicles in the driveways of our 20-house cul-de-sac last week, 28% were Civics. It wasn’t just a sedan fascination, either, as more than one-third of those nine Civics were coupes. I parked the 2014 Civic Coupe EX at Fisherman’s Cove in Eastern Passage thinking another Civic might come along before too long. Try five seconds. Honestly, it was instantaneous. And that eighth-gen sedan was immediately followed by a seventh-gen coupe.

In other words, it’s not just a big picture thing; it’s what Canadians see in practice on a daily basis. For buyers looking for a relatively practical, consistently efficient, pleasantly equipped, entry-level two-door that’s better than it was last year, the Civic is known as the automatic choice.

Let’s start with the reasons the Civic can’t move up from its successful status as a top seller to a position of total dominance à la Dodge’s Grand Caravan. Speaking subjectively, the Civic’s sense of style, especially in coupe form, has steadily declined from what was a high-water mark in the ’06 model year. This ninth-gen car appears to ride too high – a family of mice could live in the wheelwells, but they’d be visible.

The new grille treatment is a poor attempt at change for the sake of change; the foglight-less space below the headlights is awkward in EX trim; the 16-inch wheel design was probably something Pontiac tried out for the ’03 Grand Am but rejected. Although the seating is comfortable (and decently spacious in the sometimes still boomy rear seat) I never felt like there was enough rearward adjustment in the driver’s seat for my legs.

More importantly, if you’d grown accustomed to the finely-tuned suspensions of Civics of yore, cars with communicative steering and an overall feeling that made you want to install go-faster parts (and stripes?) while watching 2 Fast 2 Furious and eating Kraft Dinner, the newer Civic comes up short in the intensity department.

Honda inserted lifeless electric steering. They’ve ordered engineers to emphasize ride comfort. They dramatically reduced the overall interactivity of the chassis. And as a result, a more mature clientele gives them credit for refinement.

This trend isn’t unique to Honda, as BMW’s iconic 3-Series and Porsche’s legendary 911 have both softened in old age. (Like the Civic, they’ve also continued to be rather successful nameplates despite the less enthusiast-oriented bent.)

But if the outside is slightly awkward, the 2014 Civic’s interior design is what compact car interior design ought to be. It’s not just a matter of appearances, as the quality of materials has improved, as well. The two-tiered layout makes use of space that’s so often wasted. You’ll never hear me complaining about an (intuitive) touchscreen, nor will I bemoan a centre stack that’s canted toward the driver.

Sure, a volume knob would be nice, but the knobs which do exist are chunky and well-built, not unlike everything else inside.

Honda has certainly prioritized frugality over fun in the overall setup of the car, but Honda 4-cylinder engines – generating 143 horsepower and 129 lb-ft of torque in this instance – are still the smoothest 4-cylinder engines. (DYK? Honda builds more engines than any other company in the world.) 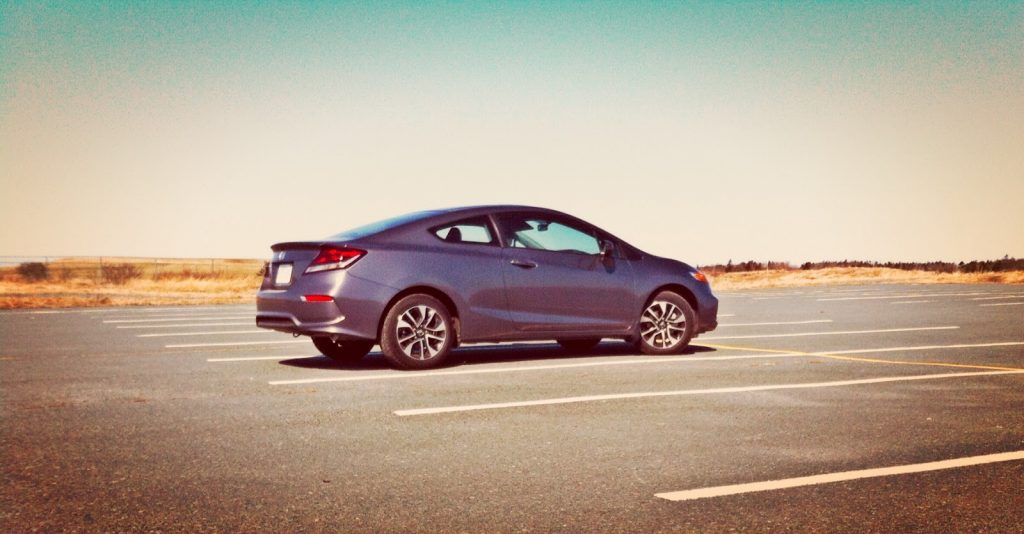 It’s free from vibration; happy to rev while seemingly consuming no extra fuel. It certainly feels like it’s punching beyond its ratings, perhaps because this Civic is 137 pounds lighter than the SkyActiv-infused Mazda 3 we tested in December and 596 pounds lighter than Chevrolet’s diesel Cruze. This 1.8L is the element which confirms this car’s Civic-ness, the piece which reminds even a blindfolded driver that he’s driving a Honda. 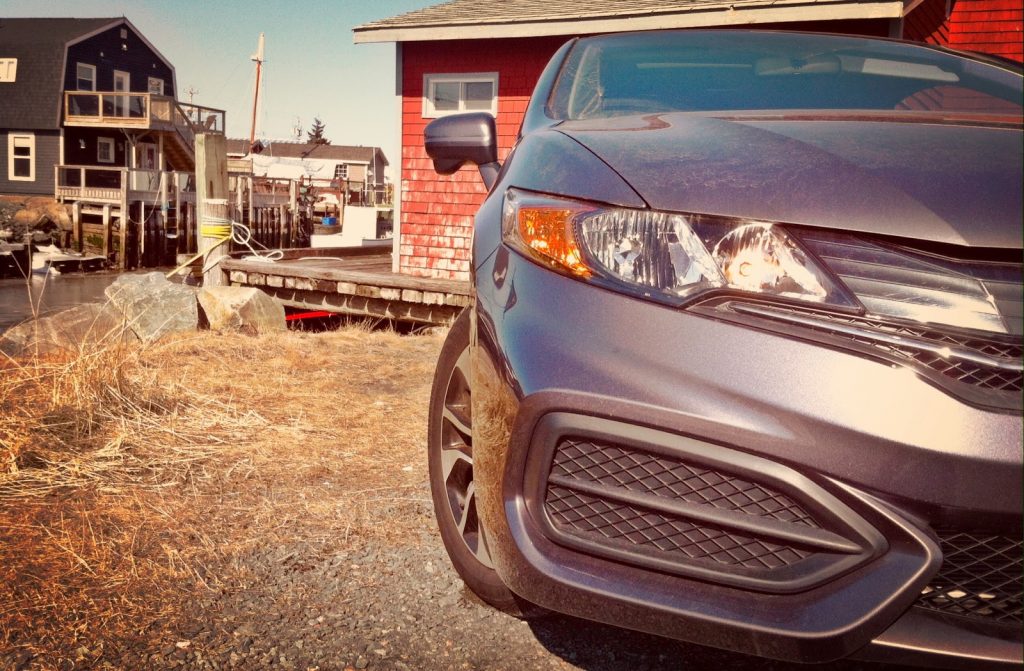 Nevertheless, as good as Honda’s own CVT design is by CVT standards, nicely simulating shifts and never droning, you just know how the 1.8L would come into its own if it was paired with the 5-speed DIY shifter.

As much because of its smooth engine, steady improvement, spacious interior, and affordability, the reason such an overwhelming number of North Americans buy or lease a Honda Civic is because it’s a Civic. Civic buyers aren’t continuing to be Civic buyers in spite of the less connected chassis, its increasingly dowdy design, or the coupe’s slightly more cramped trunk, they’re continuing to be Civic buyers because it’s a Civic. Proven to be reliable, durable, dependable, predictable, and many other ble words.

An oversimplification? Sixteen years atop Canada’s passenger car leaderboard suggests otherwise. Yet to imply that Honda’s Civic sells so well on the basis of reputation alone is to do the car a great disservice. Its faults are minor; its virtues are major.

Perhaps we won’t know just how powerful the Civic’s reputation is until Honda builds a poor one. Honda hasn’t come close to doing that yet.