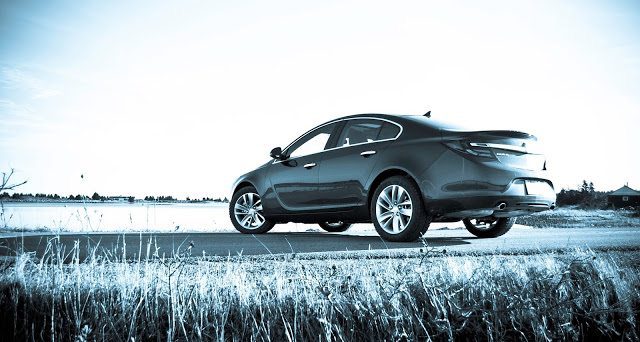 I like the turbocharged 2014 Buick Regal. I like that the one I drove sent its power to all four wheels. I like that the Regal looks really good even after more than three years on the market. Having clarified these points, this review is now over.

Know what I mean? I like watching the Pittsburgh Penguins, but I don’t like watching them to such an extent that I’ll pay $600 for a one-way flight, plus hotel and the game ticket and a return flight, just to watch Sidney and Evgeni. I’ll watch on TSN instead.

That’s what an all-wheel-drive BMW 328i costs. A fully-optioned Honda Accord V6 costs $37,000, a decently-finished Audi A4 comes in under $40,000. For around $45,000, you’ll have a Lexus ES350, a prime Regal alternative for the type of buyers who would genuinely consider a Regal, including around $5000 worth of options. $45,000 also gets you a very roomy, quite powerful, rather handsome Chevrolet Impala. And we could go on and on and on. 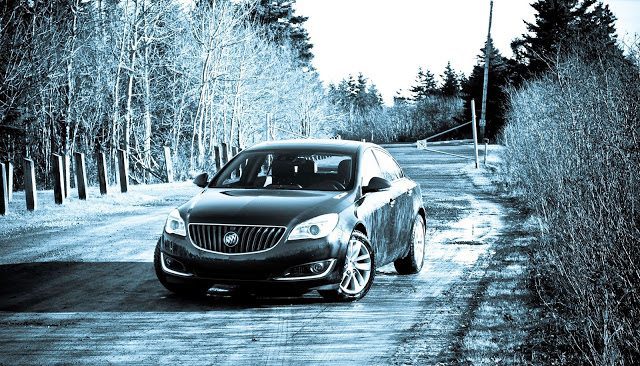 Oh sure, some of those cars won’t produce the kind of power the Buick does; they may not offer the number of features the Buick does; they may not look as good as the Buick, either. Thus, you might say I’m allowing the Regal to be judged in the too-harsh light of competition, that I’m placing too great an emphasis on its lack of badge status, that I’m condescending because the only Buicks I see are driven by gentlemen who retired twenty years ago.

Loathe though I am to point to the intelligence of the overall market – society has collectively made bad automotive choices in the past – I am not the only one who considers the Regal to be out of sync with buyers’ demands. The market has judged the current Buick Regal to be worthy of rejection.

Besides, how can I be judging the car too harshly? Don’t you remember, I like the 2014 Buick Regal.

I like that it places a great emphasis on ride comfort without sacrificing all of its European handling sensibilities. (The Regal is very much a rebadged Opel Insignia.) I like that its cabin is so wonderfully isolated from all that’s going on in the world, not just the sound of the road and the wind but the sensation that there’s turmoil out there, turmoil that’s so easily contrasted with the serenity inside.

It doesn’t, however, feel like an expensive environment. For one thing, new car buyers don’t need to pony up more than $40K to find memory seats and a heated steering wheel and blind spot alert. But when they do, they hope to find 259 horsepower and an interior that wouldn’t seem perfectly acceptable in a $25,000 compact.

Sure, most $25K compacts have very nice interiors these days, but at $46,350, I basically want the Regal’s interior to measure up to an Audi’s interior. I want it to be expensive, look expensive, and feel expensive. I want the vents to be special, like they were in the sub-$40K Benz CLA. I don’t want it to have dreadful touch capacitive “buttons” for the heated seats and cabin temperature that don’t respond to my fingers. They don’t make the Regal’s interior feel upmarket, because they rarely work. The seats are structured for a man shaped more like Rob Ford than Tom Ford, and I found myself sliding off into the centre console around the slightest of bends. Bolstering. Please add side bolstering.

I also like that the 2014 Regal is fitted as standard with a 259-horsepower engine. That’s a lot of power. That’s a lot of power for a 3400-pound car, not quite so much for a 3700-pound car which feels as though it weighs 4100 pounds. I had to dig a little too deeply into the Regal’s throttle to access the kind of power GM says the Regal has, and fuel economy plunged to just 15.1 litres/100 kilometers, equal to 15.6 mpg on the U.S. scale. (We did better than that in a 5.3L V8-engined GMC Sierra in October.) 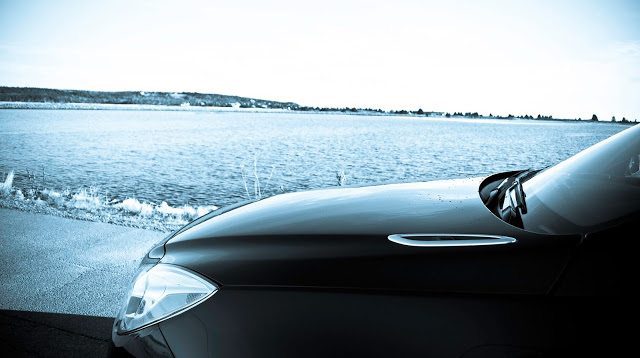 In so many ways, the Regal comes across as a wholly sorted car, one that is, as a result, more than the sum of its parts. That sum does not equal $46,350, of course, but it is very enjoyable to spend time in an upmarket car that considers its occupants more than it considers Nürburgring laptimes. 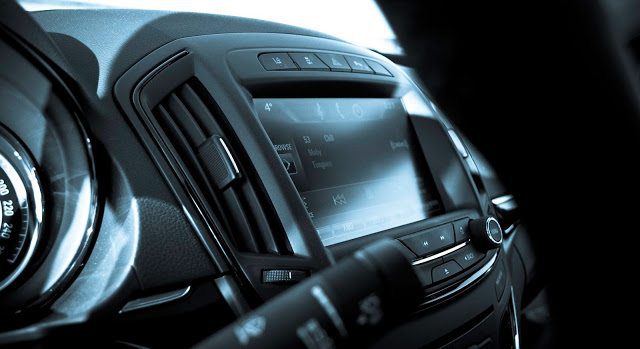 From an overall Buick perspective, this updated Regal didn’t acquit itself poorly over the week it spent at GCBC Towers. But it did a better job convincing us that the Verano Turbo is a terrific proposition than even the Verano itself could do last winter.