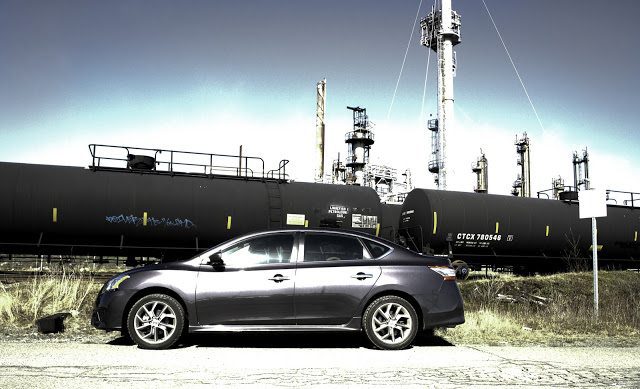 Locating a happy medium is very often a recipe for disaster; a sad medium, if you will.

Take, for instance, the NHL regular season standings. The middle ground is a place where your team could very likely miss the playoffs or perhaps squeak in by expending so much energy that a first round series proves too taxing. Or how ’bout Everest? At Everest, “medium” means you’re not at base camp, but it also means you’re not at the summit. That’s not a happy medium, it’s just altitude sickness.

To Nissan fans, the new seventh-generation Sentra is deserving of the happy medium maxim. It’s not as big and expensive as the Altima, although it looks just like the bigger and more costly car. It’s not as small and inexpensive as the Versa sedan, but it looks worlds better and offers a great deal more comfort.

Unlike the Altima – and most other midsize sedans competing in Canada – the Sentra won’t cause your friends to needle you for graduating into middle-aged maturity and obscurity. Unlike the Versa, a Sentra will make sure your friends don’t mercilessly mock you for, well, driving a Versa. 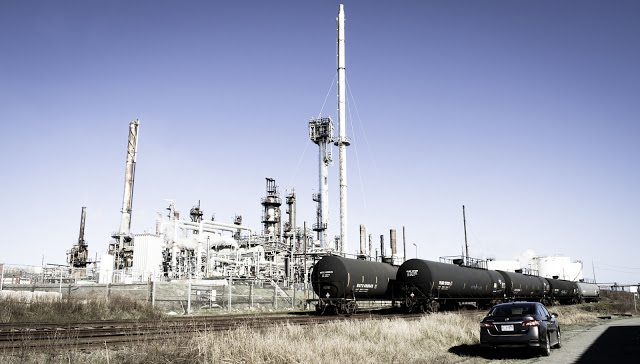 For a moment, just set aside the comparisons with its class rivals, the top-selling Civic, Corolla, Elantra, 3, Cruze, Focus, and Jetta. Let scrutinizing of the medium-sized 2013 Nissan Sentra start with help from that which is large and small.

ALMOST AN ALTIMA…
Strictly from a numerical perspective, the new Sentra is nine inches shorter than the current Altima from bumper to bumper. But official measurements show that the Sentra has more than an inch of extra legroom. That’s not borne out in the real world, as the rear passenger area does feel bigger in the Altima. But not much bigger, not much bigger at all. As for cargo, the Nissan Altima’s trunk holds just eight extra litres of stuff, only 2% more space.

Out in the real world, the Sentra’s ride quality is very nearly a match for the Altima’s, which is to say very good. Its seats are much better than the Altima’s, further aiding comfort.

BUT NOT QUITE
I complained about the Altima’s steering back in January, but for different reasons than I’ll complain about the Sentra’s steering. Here, Nissan has made it just plain slow. Basically, too much wheel whirling is required. The lone beneficiary? Highway stability. The 2013 Sentra feels like a properly long-wheelbased big car on the Trans-Canada because of its superior ride quality, something which was all the clearer after a week with the much stiffer 2014 Kia Forte. And with this slow steering, you won’t sneeze yourself into the lane next door, either.

But the Sentra’s two true Altima-derived letdowns relate to its relatively decent fuel efficiency. During a week of city driving in the Sentra, we achieved a 28 mpg result. In the dead of winter, the 2.5L-powered Altima recorded 32 mpg. These were brief tests, and given another pair of Nissans, the results could be flipped. But the Sentra’s 30/39 EPA ratings aren’t much better than the Altima’s 27/38 ratings. If, compared with the Altima, the Sentra manages to save you money on fuel, it won’t be much.

In its quest for efficiency, Nissan fitted the Sentra with a continuously variable transmission, as Nissan is wont to do. The higher-powered Altima weighs only a few hundred pounds more than the Sentra, and its extra 52 extra horsepower work much better with the CVT. In the Sentra, it moans and groans and generally feels as though it’s sapping power. Altima buyers can feel free to stick with the CVT; Sentra buyers should probably consider a manual. 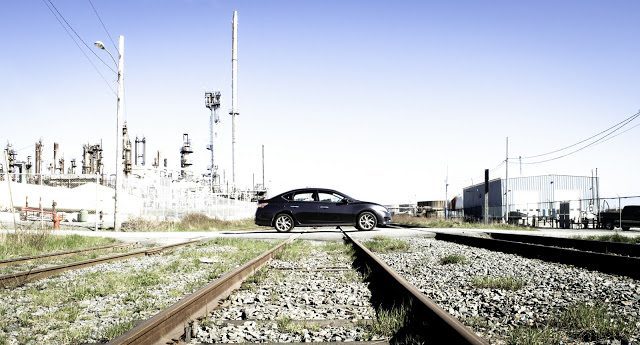 MORE THAN A VERSA…
Fuel efficiency? Depending on transmission choice, the bigger, heavier Sentra can actually consume less fuel than the less powerful Versa. So says the EPA. The Sentra is more refined, much more quiet, more attractive, and more comfortable than the entry-level Nissan.

IN MOST WAYS
The Sentra also costs more than the Versa. In the case of this bizarrely-kitted out $19,948 1.8 SV – which is actually an SR – the Sentra has keyless access but lacks heated seats. Is it a better car than a loaded $17,798 Nissan Versa? Undoubtedly. But it doesn’t scream, “Value!” and it doesn’t feel as expensive inside as its exterior suggests. There’s no navigation or rear view camera here, but there is in that nicely equipped (but audaciously ugly) top end Versa. 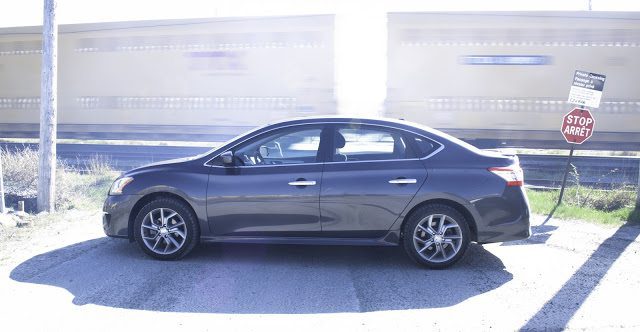 TRUE COMPETITION
Dynamically, the Sentra will be found wanting after a test drive in a Ford Focus or Mazda 3. It’s not going to measure up Hyundai or Kia offerings in the equipment department. It’s never going to provide the rev-happy feelings the Honda Civic provides, even in the Civic’s latest iteration. The Sentra does, however, provide a big car experience in a small car, for a small car price. It out-Corollas the actual Toyota Corolla in terms of well-built basic transportation, and it does so while looking a whole lot better.

Nissan isn’t chasing performance enthusiasts with an SE-R derivative. There are no thrills here. The 2013 Sentra is, in most ways, highly conventional. For legions of car buyers, however, thrills aren’t the necessary antidote. Increasingly, Nissan has found success by providing customers with comfort and convenience above all else, leaving those who crave corner-carving capabilities to have a look in the Mazda showroom.

Frankly, I want a greater connection with a compact car than the Nissan Sentra provides. And yet, more people buy Altimas than Mazda 6s, Versas than Mazda 2s, and (at least in America) more Sentras than Mazda 3s. With the 2013 Sentra, Nissan failed to excite me, but they made headway in convincing me that comfort and space deserve equal billing alongside steering feel and body roll angles.