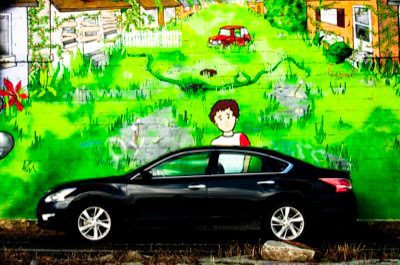 When Colin Chapman famously said, “Add lightness,”, I’m pretty sure he wasn’t talking about his expectations for made-in-America Japanese midsize sedans. Chapman, the founder of Lotus, designed British sports cars which handled like sweet dreams, steered like sunny spring days, and sold like houses with green carpet in the bathrooms.

The 2013 Nissan Altima isn’t a Lotus, thank goodness. It would be nice if the fifth-generation Altima handled like a Lotus, of course. But if the Altima was a Lotus, it would have a lot of exposed metal inside. It probably wouldn’t have a rear seat. Safety features would be sorely lacking. And it would be seriously overpriced in North America. 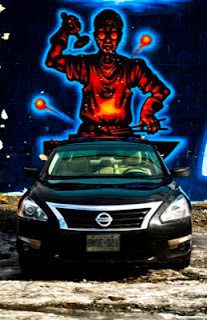 Strange as it may sound, the Nissan Altima does have something in common with the cars from Hethel. In 2.5 SV trim, the Nissan Altima weighs less than the equivalent Ford Fusion, Honda Accord, Hyundai Sonata, and Toyota Camry, the four midsize sedans which now sell more often than the Altima in Canada.

More importantly, the current Altima weighs less than its predecessor. A diet that resulted in nearly 80 fewer pounds definitely fits with the Chapman doctrine – lightness has been added. Consequently, benefits have been reaped.

In concert with improved aerodynamics and a rejigged continuously variable transmission, the addition of lightness has dramatically improved the rate at which the four-cylinder Altima consumes fuel. In fact, aside from hybrids and diesels, the EPA says no Altima rival drinks less. Indeed, Nissan’s two smaller sedans can actually drink more.

In the real world, after taking modern safety constraints and equipment expectations into account, can a 2.5L-powered midsize sedan actually be considered efficient? A 2013 Altima SV was sent to the east coast of Nova Scotia so the matter could be investigated.

IT’S BIG
Nissan Canada had their big black sedan delivered to GCBC’s small driveway a couple weekends ago, and it fit. The Altima is 16 feet long, more than a foot longer than it was twenty years ago. It’s nearly half a foot wider, too, and it’s seven inches taller. So-called “midsize” sedans are mighty large these days. Fortunately, those vast exterior dimensions pay off inside. Out back, the Altima has space for two to lounge, enough space for three people who aren’t chubby.

Up front, there are acres of floor space. It’s easy to see why cars this big used to have a bench seat and a column shifter rather than a floor shifter and the capacity for 27 mobile phones in multiple compartments.

Space and comfort don’t necessarily go hand in hand. How my back responds to the Altima’s driver’s seat and how yours does won’t always correlate, but I can’t deny that this seat presented me with a challenge. Right in the space where I expect lumbar support, it’s almost concave. Yet for those who find the Altima’s seats comfortable, it’s hard to imagine they’ll find fault with this car’s interior, particularly if it was dark-coloured rather than beige like our test car.

The control layout is simple, enjoyably so. Materials feel nice. I’m not suggesting that the Altima feels like an Infiniti, but it certainly feels as though the chosen materials cover parts of the structure that were joined together properly. Visibility is very good. For a car that costs $27,000 CDN (plus $900 for navigation), content levels are appropriate, especially as history suggests this car will be available with interest-free financing before long.

This latest Altima looks the part outside. Classy use of chrome helps with this. The grille is ordinary but it uses width to make a statement. The 17-inch alloys fill the wheel arches in a way the Chevrolet Malibu’s wheels never have. The new Altima isn’t gorgeous, but it’s on the good-looking side of inoffensive. 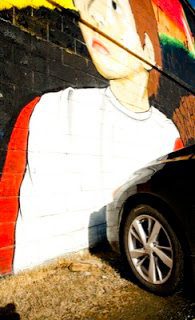 One assumes that a new car buyer who cares passionately about driving isn’t looking at cars in this category. Nevertheless, the Altima was much more composed when I pushed it hard than its comfort-oriented low-speed behaviour led me to believe it would be. The CVT never intruded the way CVTs used to; its only fault being felt at low revs when there was a distinct lugging, like a low-torque manual-trans car left in too high a gear. Once on the move, the CVT was better than many automatics.

The Altima’s steering, however, is just plain weird. There is very little ability for the Altima’s steering wheel to return to centre on its own. It also features the exact opposite of communication; not just a lack of feel, but something that honestly feels like a deliberate attempt to cover up what communication there may be. I despise this, but consumers love isolation, so Nissan’s giving consumers what they want.

The odd steering is the only thing holding back the Altima from actually being a bit fun, as the suspension setup provides a very enjoyable ride and handling balance, no doubt assisted by the car’s low curb weight. Again in part because of the Altima’s low weight, there’s sufficient power without optioning up to the guzzling V6. Perhaps a quiet, stylish, comfortable, mainstream midsize sedan that’s fun to hustle in every way is too much to ask.

IT’S NOT A ROGUE
Pleasant cars with positive name recognition are generally successful. The problem with this theory? In Canada, when Canadians want to spend $27,000 on a family car, they buy a CR-V, not an Accord. They buy a RAV4, not a Camry. They buy an Equinox, not a Malibu. Santa Fes; not Sonatas. Escapes; not Fusions. Journeys; not Avengers. And Rogues; not Altimas. Like a CR-V or a Santa Fe or the best-selling Escape, the Rogue offers a measure of flexibility that an Altima, even with its rear seats folded, simply can’t muster. Plus available all-wheel-drive. Plus the lofty ride height we’ve all come to love. 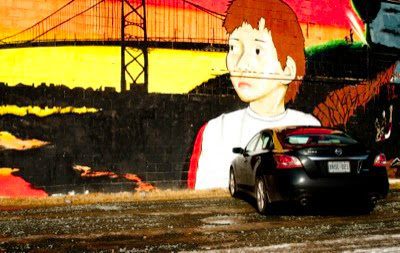 Even so, these midsize sedans remain worthy of consideration for two main reasons, the Altima as much or more so than its rivals. Rest assured, although the Altima is most definitely not a BMW 335i, it corners in ways the Rogue can’t understand. EPA ratings also say the Rogue will use almost as much fuel on the highway as the Altima will in the city. Those numbers, which translate to 10.2/8.4 L/100km for the front-wheel-drive Rogue and 8.7/6.2 L/100km for the Altima, didn’t seem believable at first. The Rogue’s do, but the Altima’s?

IT SIPS
The 2013 Nissan Altima uses a version of the Rogue’s 2.5L four-cylinder, but with 182 horsepower, not 170. It obviously eats up less air than the Rogue once they’re on the move. Also, the Altima’s CVT is most definitely oriented toward economy.

While in GoodCarBadCar’s keeping, the Altima was driven almost exclusively in the city. Granted, some of that city driving involved low-speed highway work through the middle of Dartmouth. During that week, the Altima used 7.3 litres of fuel for every 100 kilometres of driving – 32.2 miles per gallon in EPA speak.

That’s not miraculous – there are plenty of other cars that use less fuel. But in such a normal car, 32 mpg is pretty awesome. It’s also quite a bit better than what you’ll get in any current Lotus.