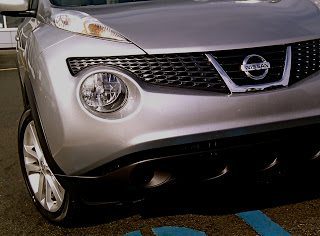 Week after week, “unbiased” automotive testers find themselves sitting in vehicles ranging from the 2011 Ford Fiesta to the 2011 Saab 9-5 with a Jeep Grand Cherokee and Audi R8 5.2 in between. Objective and intelligent though these critics may be, there’s an inevitable fingertip/butt-cheek comparison completed as soon as a driver sits inside the next car. With which vehicles is the current car compared? Naturally, the car before and the car after.

While not the true mark of objectivity and not incontrovertibly a sign of an unbiased review, what truly sets one vehicle’s positive review apart from another is a signal from the reviewer that he or she would spend his or her own money on the vehicle. Yes, the BMW M3 GTS is spectacular, but how many auto journalists would actually consider spending over $100,000 on an M3? Likewise, scribes are keen to point out that the 2011 Porsche Cayenne Turbo’s horsepower advantage over its less-expensive Cayenne S sibling is “worth every penny”. Worth an extra $47,900 of their own Canadian dollars? Doubtful.

So what does it say about the 2011 Nissan Juke that, with a test drive complete, The Good Car Guy and The Good Car Girl are seriously considering it as a replacement for GoodCarBadCar.net’s long-term 2009 smart fortwo? It says the Juke is a good car; that’s what.

Generally found with a nose buried in spreadsheets and fingers type-typing away, The Good Car Guy doesn’t ship off on every automotive press junket for test drives of this Italian supercar and that Japanese econo-sedan. When a vehicle is truly intriguing, however, an escape is made from the Sales Stats asylum to complete a test drive nearby. Nissan’s 2011 Juke arrived in Halifax on Friday afternoon. We checked it out after closing Saturday evening. And now, on Monday afternoon, the Juke has been Driven.

Click past the jump for the full GoodCarBadCar.net review of the 2011 Nissan Juke. 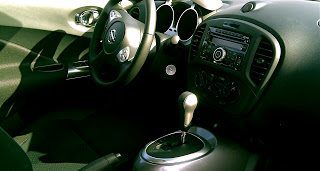 Forget, for a moment, if you can, the bothers of classifying the oddly-styled Juke. Nobody knows if this is a car or an SUV or a crossover or a CUV or a hot hatch – nobody – so just set aside that issue and accept it as a four-wheeled, five-passenger motorized veehickle.

While you’re forgetting things, ignore any burning questions relating to style, design, and fashion. Wait a minute or two and we’ll get to a discussion on the Juke’s segment, its design, and its interior funcionality. The Nissan Juke, like every other vehicle besides Google’s latest creation, is meant to be driven. Let’s deal with the Juke’s driving manners then, first and foremost.

We were given the opportunity to drive an all-wheel drive Nissan Juke SV. Priced from $22,260 in the USA and $23,098 in Canada, the mid-range SV AWD deploys a notably competent continuously variable transmission and the fuel efficient 1.6L turbocharged four-cylinder that’s present in all North American Jukes. 188 horsepower doesn’t sound like much in an era of 600-bhp Corvettes and 274-bhp Hyundai Sonatas, but the 3000-lb all-wheel drive Juke is plenty zippy with “just” 188 horses. For context, consider the 5-door 2011 Volkswagen GTI and the 15.6 pounds every one of its 200 horses must tote around versus the 3062-lb all-wheel drive Juke SV’s task of powering 16.3 pounds with every horse. Lose the all-wheel drive Juke’s extra weight and the Juke SV’s power-to-weight ratio drops to one horsepower for every 14.8 pounds. 177 lb-ft of torque plateaus from 2000-5200 rpm.

That’s the math taken care, but how does it feel? With a CVT strapped underneath the bodywork you’re not expecting fireworks, but apart from the slight drone, hard acceleration in the Juke is a very agreeable experience. As for the noise, the turbocharged 1.6L’s whoosh masks the CVT’s unfortunate noises. And CVTs aren’t what they once were; at least not the one found in the Juke. This stepped CVT doesn’t interrupt your desire to drive a sporty car in a sporty fashion. If outright speed is your thing, Car And Driver says the front-drive manual-tranny Juke will accelerate from 0-60 miles per hour in 7.5 seconds. Their test of a 3-door DSG-equipped 2010 Volkswagen GTI resulted in a 0-60 mph time of 6.1 seconds.

So the Nissan Juke is quick enough. Yet, in the corners, the tallish Juke manages to hang on in an edgy, I-think-I’m-doing-it-right kind of way. The Juke starts acting like a puppy with a long leash: let it run free a l’il bit and the rewards will come back to you. Nissan never intended the all-wheel drive Juke SV to be a 370Z rival, but by offering up long suspension travel, affixing big 17-inch wheels to the corners, and fitting a high-tech torque-vectoring all-wheel drive system, the Juke became a bewitching driving tool. Clearly not able to handle a Golf GTI on a twisty road or a Mustang V6 in a straight line, the Nissan Juke still combines enough straight line punch and zest for corners to charm prospective buyers.

There’s no feeling of connectivity in the steering. Fortunately the wheel felt great when grabbed and the steering is weighted properly, not at all like a Pontiac. The brakes grab on with the jaws of life. And while driving spiritedly, all-around visibility is superb. These side mirrors, quite seriously, will make you think you’re driving a Ford F-350 with a special mirror tow package. They’re gigantic and right there beside you.

Once the drive is over, you hop out, lock up, walk towards your front door or the office or the grocery store and inevitably turn around to take another look. Is it all bad? The 2011 Nissan Juke will be remembered, for better or worse, because of its design and not its excellent 1.6L DIG turbo four. Seen from the rear, the Juke is spectacular. 370Zish in the taillamps; arcing steadily away from the rear bumper; the Juke’s rear end doesn’t look like the rear end of any other hatchback. In profile, the Juke is genuinely stunning. Other tall hatchbacks, even good-looking ones like the Kia Soul, don’t slope away to meet their rising hiplines like the Juke, nor do most crossovers feature wheelarches bulging like a squirrel’s cheeks in October. 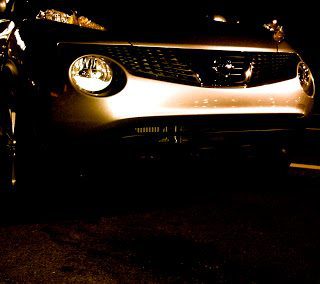 Down on your knees in front of the new Juke, you might think Nissan pulled it off. As you start standing up, things get weird. Then as you back away and see the Juke’s front end from slightly higher elevation, everything gets so truly unusual. But why’s that so bad? Even GoodCarBadCar.net’s first impressions were a mix of muted praise and harsh criticism, but real life’s three dimensions can change one’s tune.

We complain endlessly about boring cars. The 2011 Nissan Juke sure ain’t boring, certainly not when you’re looking at its face. There are round lights, a misshapen grille, then more lights sitting on top of the hood. What’s with that? Nissan’s foreign-market and JDM designs have often been off the wall; we’re not usually provided with the opportunity to receive or reject Nissan’s strangest stuff. Regardless of Nissan’s reasoning behind allowing their designers to utilize the subjects of their nightmares as inspiration when drawing cars, the Juke is no Pontiac Aztek. We complained in the 90s that all cars looked the same. Then the Aztek didn’t. But we complained anyway. The Aztek, remember, was bad from every angle. Every. Angle. The 2011 Juke is lovely all over and then off-the-wall up front. That’s a good thing. The Juke is different. Wonderfully so.

Nissan.ca lists the Juke with in its “Crossovers & SUVs” section. Nissan’s UK website lists the Juke among its crossovers, a separate section from its 4x4s. Nissan USA places the Juke in with its “Crossovers, SUVs & Minivan”. Meanwhile, Nissan’s home market of Japan has a weird display with the Juke and some neon lights saying, “Rock ‘N’ Small,” along with a little badge which appears to say #1 SUV. As a crossover or SUV, the Juke’s cargo capacity of 8.9 cubic feet isn’t….. class-leading. Fold the seats and space expands to 29.3 cubic feet. Rear footroom is fine, kneeroom is tight. If you want to squeeze three in the back, make sure at least two out of three are small children. The sloping rear windshield definitely eats in to what you think can be loaded in the cargo bay.

Thankfully, the part of the cabin you’ll be in, the driver’s seat, is in a stylish atmosphere with a motorcycle-inspired centre tunnel and easy-to-locate buttons and knobs on the dashboard. The special iPod adapter meant The Good Car Girl’s music was controllable through the stereo’s buttons instead of on her iPhone.

As far as the Juke’s size being a disadvantage, the Mini Cooper is a small hatchback, smaller than capacious and cavernous Honda Fits and Volkswagen Golfs. This fact didn’t stop 45,225 Americans and 4251 Canadians from buying a Mini last year. Perhaps small is just what the crossover/SUV/tall hatchback segment needs. (Speaking of which, in which Sales Stats Graph would you like to see the Nissan Juke: Small SUVs with the Nissan Rogue, Niche SUVs & Trucks with the Jeep Wrangler, or Niche Cars with the Kia Soul and Nissan Cube?)

Thus, this unclassifiable hatchback is priced appropriately. Along with eye-catching style and excellent dynamics, the 2011 Nissan Juke should snag numerous buyers who, once they’ve seen the Juke, will want nothing else. Others will be turned off by its deceiving lack of space, and others might not be able to get over a face only a mother (and owners) could love. Of those who take the time to actually drive the Juke, faces manifesting disappointment will be rare.