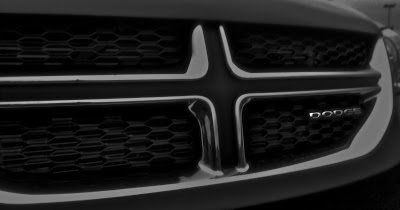 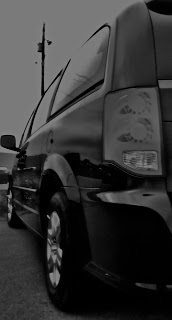 I can’t help but say I don’t want a Dodge Grand Caravan. I’m a young urbanite. I love to drive. Generally, small vehicles are favoured in the GCBC Towers parking lot spot. The Grand Caravan weighs in excess of 4300 pounds and stretches more than 5.1 metres from bumper to bumper. And I’ll laud best-selling vehicles for succeeding, but actually owning a supremely popular model would be like fading into the poorly-constructed woodwork of a cookie cutter home in a fast-growing subdivision.

Don’t take this as anything but a Grand Caravan recommendation for Canadian buyers who need acres of space and can’t afford to spend tens of thousands of dollars on a new car. Chrysler Canada has priced the 2011 Dodge Grand Caravan at $19,995. That’s the sort of bargain basement pricing scheme you expect to find on dated MP3 players on Boxing Day at discount retailers.

So yeah, go ahead and buy a Dodge Grand Caravan. 39,790 Canadians already have this year. 75,627 others have done so south of the border. Stuff your kids inside. Their friends will fit, too. You’ll cram in six months worth of groceries behind the third row, on top of which (don’t crush the eggs) you’ll have space to load prematurely purchased Christmas gifts.

Just don’t tell me you love your new Grand Caravan. I get it, you love the things you can do with and do in your new 2011 Dodge Grand Caravan. But this is not the pinnacle of vehicular development. Not even close. Grand Caravans with the Canada Value Package are not lovable.

The real review of the 2011 Dodge Grand Caravan CVP starts after the jump. Check the specs elsewhere.

This is not intended to be interpreted as a lambasting of the Dodge Grand Caravan in particular. Use the Dodge as a minivan sample. Others may be slightly better to drive; some slightly worse. By their very nature minivans are long and tall. A van’s centre of gravity typically feels about three feet higher than a Lotus Elise’s roof. And today’s minivans aren’t so mini. Indeed, they’re very heavy, feature-laden automobiles. Therefore, do excuse the $19,995 2011 Dodge Grand Caravan SE Canada Value Package for faults indubitably linked to its immovable starting points.

What needs to be forgiven? The Grand Caravan clearly improves with speed. That’s not necessarily a good thing. Lumbering through a parking lot filled with speed bumps, turning through an awkward 100° right-hander at an urban intersection is… awkward, significantly more awkward than it would be in a ho-hum sedan but fortunately less challenging than it’d be in a Sprinter. 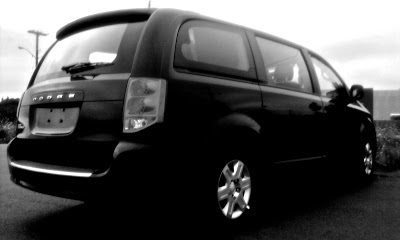 As for getting up to the speeds at which the Grand Caravan feels more like a car and less like a cargo van, well, that takes more time than I would have expected in a van with class-leading horsepower. The 283-hp 3.6L Pentastar V6 is as smooth as Mitt Romney’s hair. It’s also tasked with moving the equivalent of 43 high school cheerleaders. Low-rev response is lackluster. At first, the 3.6L responds by saying, “Please don’t wake me up yet,” as though it’s the first day of school. The mid-range, the reserves you’ll require in order to pass slow-moving 4-cylinder Toyota Siennas, is downright exceptional, exemplifying characteristics you’ll wish were present from rest.

Shifts achieved by the 6-speed automatic are inconsistent. There’s a strange mix of proper I-hardly-knew-ye shifts and rare but harsh fall-into-gear moments. The previously discussed theme of poor low speed dynamics is exacerbated by the fact that those rare but harsh shifts are far more likely to occur when lallygagging.

The driving position, as you’d expect in a minivan of any kind, is excellent. You won’t confuse the seats with Recaros, but important controls are accessed with an easy reach and there’s just so much freaking space. Everywhere, in all directions, there’s breathing room and buffer zones. Steering effort is perfectly fine, nice and light for doing U-turns in the school parking lot, aided by excellent visibility regardless of the direction your nose is pointing.

Obviously, then, I was comfortable when starting out, but once underway, the Grand Caravan tries so hard to be cushy and agile that it’s ride is fidgety like your 9-year-old insomniac of a daughter is fidgety. Perpetually, inexhaustibly fidgety. Large compressions are handled easily, almost as if they didn’t exist. Rough pavement, washboard surfaces, and oft-repaired roads, on the other hand, are a totally different story. The ride quality may improve with a herd of overweight kids in the back, but that’s doubtful. Unless they’re really, truly, very obese. It’s not my own fillings shaking loose which worry me. It’s the rinky-dink glovebox door that might just separate from its hinges the next time a Grand Caravan drives down anything other than a freshly paved road.

Late in the evening when autumn struck Halifax early and the temperature plunged, the Grand Caravan’s HVAC system warmed us up with notable quickness. The tailgate and sliding doors weren’t heavy in the least. All that sort of stuff, everything that doesn’t include actually driving down the road, is more than adequately engineered. But to call the 2011 Dodge Grand Caravan car-like is an insult to cars. (This is where Dodge Grand Caravan fans should point out that to call any car spacious is an insult to their favourite minivan.)

To live with, not to drive.