You’re not surprised when the cars you never noticed in the first place go extinct. More curious are the vehicles which capture your attention at one time or another then fail to anchor down in the Marketplace. They’ve long since reached their Sales Stats peak, the trend is pointing downward, their chances of regaining their old position is completely dependent on manufacturer-supplied incentives.

Below, you’ll find ten interesting vehicles which no longer interest Canadian automobile buyers. For the research-obsessed, sales figures are submitted as evidence. Then read The Good Car Guy’s theories on why these ten interesting vehicles aren’t selling like they once were.
Audi TT
June 2007: 70
June 2008: 71
June 2009: 55
June 2010: 36
Why? Sometimes the most beautiful cars are also successful because they are the most visually shocking cars. In the Audi TT’s case, nothing else looks anything like it. Though still gorgeous in second-generation form, the 2010 Audi TT can’t be visually arresting more than a decade after it was first introduced. Team apathy with the fact that two of the Audi TT’s competitors (BMW Z4 and Mercedes-Benz SLK) are simultaneously coupes and convertibles and other rivals from Porsche, the Boxster and Cayman, are more dynamically impressive. There you have a recipe for falling TT sales.

Chrysler PT Cruiser
June 2007: 253
June 2008: 215
June 2009: 103
June 2010: 209
Why? Don’t let June 2010’s apparent recovery fool you. Half-year PT Cruiser sales are down 73% from 2007 levels. Chrysler dealers were off-loading stock with huge discounts in June because PT Cruiser production has come to an end. And why’s that? Designers were doing amazing things with retro styling in the late 90s and in the early part of this century, but how does one go about replacing an older-feeling car? If the PT Cruiser went modern, it wouldn’t be much of a PT Cruiser. If it remained retro, nothing would have changed and the love and passion people initially felt for the car would continue to dissipate. The PT Cruiser’s been left in the lurch. 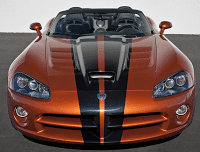 Why? Although Viper sales never shot through the roof, more refined machinery from other automakers have caught up to the Viper’s performance credentials. Luxury and quality can be had with jaw-dropping acceleration and handling in cars like the BMW M3, Chevrolet Corvette Z06, Nissan GT-R, and Porsche 911 Carrera S. Are they as rapid around a track as the Dodge Viper SRT-10? Probably not, but in 99% of driving situations, the other cars are far more enjoyable and just as much, if not more fun.

Honda Ridgeline
June 2007: 330
June 2008: 164
June 2009: 357
June 2010: 248
Why? From the beginning, the Honda Ridgeline was criticized for being too ugly and too soft. Yet there was something about the Ridgeline which made it desirable, even as many soft-roaders are sought after more fervently than heavy-duty body-on-frame SUVs. Comfortable seating for five people and an under-bed trunk, along with a measure of towing capacity, haven’t made the Ridgeline successful in the Canadian market. Compared with the first half of 2008, sales are down 42% in 2010. Canadian sales of the Ford F-Series reached 10,765 in June.

Honda S2000
June 2007: 9
June 2008: 10
June 2009: 2
June 2010: 0
Why? Recently extinguished from Honda’s North American websites, the S2000 ceased production in 2009 but continued to sell in low numbers through the beginning of 2010 because, well…. Honda just couldn’t get rid of the $50,000+ roadsters. Initially a hit with enthusiasts and tuners, the S2000 gradually appeared bland in appearance and stagnant in performance. Honda refused to dramatically increase the S2000’s output. Roadster buyers looking for something fresh and exciting had many other options. The S2000’s been old news for a while.

Lexus IS
June 2007: 311
June 2008: 431
June 2009: 247
June 2010: 217
Why? The IS’s 50% drop from June 2008 levels to June 2010 came at the same time its most successful Japanese rival, the Infiniti G, pushed sales upward by 20%. Apart from the wild Lexus ISF, the IS range is not really geared towards the automotive enthusiast. The 2010 Lexus IS250 is the sports sedan your mother would have designed for you: clean and classy but not wild or aggressive. Ranking seventh in its class in Canadian June sales, the Lexus IS isn’t as handsome as the first-generation IS and is far too Lexus-like to be a true contender in its segment.

Why? RX-8 sales actually perked up in June. May and April totals were significantly lower. Mazda does a great job of making all its cars fun to drive, but the RX-8 needs to take fun to another level. And it does. But seven or eight years on from its debut, the RX-8 is long past the date at which Mazda needed to up the ante with the rotary engine. Mazda should also have spent more time making the RX-8 less of a guzzler. Your run of the mill Chevrolet Corvette uses less fuel.

Nissan Quest
June 2007: 159
June 2008: 49
June 2009: 99
June 2010: 2
Why? Half-year sales of the Nissan Quest are down 98% from 2007. In 2002, Nissan displayed the uniquely designed Quest in Detroit. Wow, everyone thought, maybe this is what minivans are supposed to be. The Quest didn’t catch on, however, even with big horsepower and a gigantic interior. News that Nissan is going back to the uniquely shaped drawing board for 2011 or 2012 is…. good, I guess; but it didn’t work the first time around. Customers stayed with Chrysler and Dodge for the most part and sales of genuine minivans like the Mazda 5 and Kia Rondo took off.

Pontiac Solstice
June 2007: 225
June 2008: 138
June 2009: 63
June 2010: 11
Why? Obviously Pontiac sales have taken a tumble because, uh, Pontiac is dead. GM’s axe also took out Saturn, which killed off the Sky, Saturn’s Solstice twin. Although both cars were fun to drive, good-looking, and capable performers, they lacked the storage capacity and refinement Mazda Miata owners have come to expect. The Solstice wasn’t a brand rescuer, and apparently the Pontiac G8 wasn’t, either.