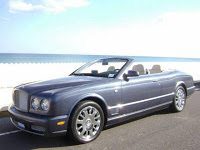 Not long, no not long at all, until your local Maserati dealership starts selling updated versions of the Fourdoor. Aston Martin’s V8 Viewpoint will be featuring an enlarged and more powerful engine. The Bentley Purplish Shade Of Blue continues much like it always has. Having been on sale for a while, Buick’s Small Distinct Isolated Area is still widely considered to be the best-looking crossover. Meanwhile, the success of vehicles like the Cadillac Staircase is trending downward because of gasoline prices.

What’s in a name? Why hasn’t Dodge decided to rename its retro muscle car, the Challenger, the Succeeder? Is it alright to simply challenge the Ford Mustang? Why doesn’t Chrysler want their Challenger to beat the Mustang?
Why does the human brain relate well to Escalade, while the Cadillac Staircase sounds just plain stupid? Maserati would never consider naming its car the Fourdoor, and not because it’s an English word. Car companies brand their vehicles with English names, regardless of their nationality. The Quattroporte sounds cool – outside of Italy, anyway. We perceive Aston to be way beyond naming the Vantage the Viewpoint, thesaurus-aided or not. Bentley’s Azure reeks of class, similar in its method to the Buick Enclave. Purplish shades of blue do not.
GMC would have been lauded by residents of northern Nova Scotia had they named their crossover the Cape Breton, but for some reason Acadia (former French colonies in North America) was chosen instead. Acadians were thrown out of their homes and the region by the British. GMC makes use of the opposite corner of Canada to name its full-size SUV, the Yukon. The GMC Nunavut didn’t strike the ear quite right.
Honda’s two most famous cars, the Civic and Accord, fit together quite well. I know parts of my city could use a civic accord. Not surprisingly, Honda refrained from naming its large sport-ute the Stewardess. Pilots earn more money.
Hyundai, a Korean company, loves the southwest like the Japanese love Prince Edward Island. Tucson, Santa Fe, Sedona and Veracruz make great Korean car names… apparently. Even better, Hyundai loves the Accents voiced by people in those places.
Jeep’s Commander doesn’t, neither does the Lincoln Navigator. The Liberty will not set you free. The Patriot doesn’t make you one and the Compass works only half as well as a map. Mazda builds the Tribute, but it’ll never deserve one for that vehicle.
Don’t even try and use Mercury’s cute ute on the water and be highly skeptical of anybody that suggests you’ll see a Milan in Milan. The Sable’s owner deserves the clothes of mourning represented by its title.
Nevertheless, Mitsubishi’s Lancer Evolution is just that, an ever-evolving sharp tool for driving. The same brand’s Eclipse is easily overlooked; most easily eclipsed by previous generations of the Eclipse.
Pontiac has introduced the G8. After all, the Grand Prix would never be able to actually win a GP. SUVs typically lack pizazz. Indeed, Porsche’s Cayenne reminds me of pepper not at all. The Cayman, on the other hand, is muy caliente but rather than being entitled Curry ends up being homogenous with a small island, grand or not.

Saturn’s only convertible opens to the sky but won’t take you there. Toyota is all over the place. High-tech movies as a basis for hatchbacks? One truck from the frozen north and another from rainy old Washington. Its minivan sounds like dirt from the Appalachians while closing in the Tundra’s bed makes it a large tree from California. Some people think the Prius is the future. The dictionary thinks it’s the past.
Convertible lovers crave the afternoon sun. Volkswagen named its latest droptop after the Greek goddess of dawn. Rather than call its hatchbacks after dominant animals like a tiger or blue whale, VW chose little critters like the Rabbit and Beetle. Strange, isn’t it?
Automakers pay marketing mavens hundreds of thousands of dollars every year to settle on the perfect names for their engineering marvels. Quite brilliantly, they choose Azure rather than Purplish Shade of Blue.