Plenty of news in automobiledom, so let’s hit it.

Even as Ford Motor Company’s engines go hi-tech in cars like the ’09 Lincoln MKS, engine availability will dwindle on Ford’s best-seller, the F150. The ’09 F140 may not

have a V6, diesel, or big V8 when the F150 debuts. Ford (and the media) have played up the next Boss/Hurricane 6.2L 8-cylinder, so its absence would be felt. Powerplants may not impress, but much of the vehicle will be all new – including the already impressive interiors. Lincoln’s flagship MKS may well be introduced with a direct injected, twin turbocharged engine for 2009…..

The German tag-team has good news. Porsche has set a sales record for its iconic 911, measured in its own fiscal year ending this month. Requirements to set a new record? Beat last year’s total, which was the current record holder. Around 36,000 Porsche 911’s will have been built from last August 1st through July 31st. Model permutations are plenteous and, as always, powerful. Meanwhile, Volkswagen has seen 25% growth in Chinese VW sales, with over 430,000 units in the first 6 months of this year. With its recent heavy investment in its Pueblo, Mexico factory ($40million, if you’re asking), VW should be able to build 450,000 cars there each year. China thus sees a new Passat variant, and Mexico receives a face-lifted Jetta, which was borne along by Volkswagen’s Chinese connections at FAW. Mexico’s Jetta is our old Jetta, their Bora is our current Jetta…..

Alert the press – Press has spoken. The President of Toyota in North America has spoken boldly. “Eventually, everything will be a hybrid,” and, “The Prius is the forerunner…. It’s going to be like the Model T when you look back.” Jim Press is a cool guy who likes cars, and Toyota is the hybrid king, builder of 3/5ths of all hybrids sold in the States. But tone down the rhetoric a little, Jimbo. Big words cause big letdowns by times…..

Next year’s Formula 1 race at Indianapolis is – oh, wait a second…. There is no F1 race at Indy in 2008. It’s a no go. No show. The deadline for reaching a deal has com 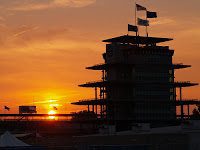 e and gone. A few debacles and a few great performances later, one of the world’s greatest raceways bids farewell, even if it is just temporarily…..

Green comes in so many shades. Ford says that their move to equip the ’08 Mustang with soybean-based foam cushions could eventually save thousands of barrels of oil. Commonly, seats use petroleum-based foam for vehicle seating. The benefits are threefold: 24% renewable content, reduced C02 emissions, and less energy used in the first place. Ford’s Model T had 60 pounds worth of soy in its paint and plastic…..

www.mercedes-benz.tv is cool, and brand-spankin’ new….. Infiniti is now officially competing for China’s luxury-car buyer’s hard earned $…. Land Rover could well set a sales record this year. The first half of the year saw 9% growth. 194,000 Range Rovers, LR3’s, RR Sports, Freelanders and even some Defenders came out of Solihull last year…. Despite my vote for the Mercedes-Benz G55 AMG, an armoured Bentley Turbo R has taken hold of Car&Driver’s poll for your preferential vehicle for the world’s dying days. The Benz is in second place with 17% of the vote at this time. A Touareg V10 TDI wouldn’t be a bad choice, as a tenth of the voters have claimed. FJ Cruisers, Jeep Wranglers and Hummers are in amongst the mid-pack. Not many days ago, 53% of responders said that the latest Subaru Impreza had a face only a mother could love. See GCBC’s take here.