Widely rumoured to be for sale, Ford Motor Company’s Scandinavian outpost has remained recognizably Swedish throughout its tenure under Detroit control. Volvo design has evolved from the elegance of the distant past to pure boxiness in the 80s and 90s to the classy curved boxes of today. While Ford contemplates the sale of Volvo Cars (having already ridded itself of Aston Martin, Jaguar, and Land Rover; earning billions of dollars), the famous station wagon manufacturer continues to perform decently around the globe.

However, Volvo is stuck between the proverbial rock and hard place. Perceived as a luxury brand? Pretty much. Cleared by luxury consumers to compete head-on with BMW and Mercedes-Benz? Not quite. Existing as an upscale brand is difficult when pricing can’t mirror the German manufacturers but must be high in order to increase profits.
That all leads to this question: just how much does this week’s main subject on GoodCarBadCar.net, the Volvo XC70, actually cost? That depends on where you live, of course. The Good Car Guy takes you across the Atlantic to Volvo’s home as well as a third English-speaking country before furthering this trip with a flight to Australia.
Swedish citizens love their home-market vehicles. Although positioned in a loftier place than the garden variety V70, the XC70 is still within reach. Shocked then you might be to discover that converting the Volvo XC70’s Swedish Kronor price of 382,900 to American dollars results in a price of $59,949. Keep in mind, for this 3.2L-engined XC70, American consumers must shell out just $36,775. A lack of Swedish reading ability limits The Good Car Guy’s understanding of the equipment differences. Opting for the diesel 5-cylinder in Sweden would save the equivalent of about a grand or two. 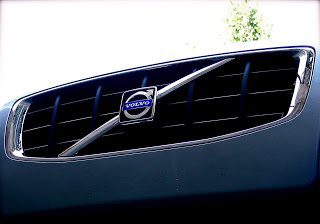 Back on an English-speaking website, Volvo XC70 customers in the United Kingdom are really asked to shell out. This isn’t a problem exclusive to Volvo – British consumers pay dearly for any vehicle purchase. At £34,165, the Brits pay the equivalent of $63,478 USD. That’s an extra $26,703. Again, looking for a diesel is a good idea in the XC70 field would save £2,670.
Seeking diesel power in Australia will cost you an extra 2000 Aussie dollars. Fortunately for Volvo clients down under, paying through the nose isn’t the order of the day. Still revealing the United States as the place to buy cars, the Australian price of $58,950 equals $50,946, comfortably more than $14K beyond the XC70 in America.
That leaves Canada. Oh Canada, the news isn’t nearly as bad here. $44,095 is, like all the other prices listed here, a base MSRP, but it equals just $41,417 in USD. Only two Volvos have higher base prices than the $36,775 American XC70: the $39,240 C70 hardtop convertible and $38,705 S80 sedan.