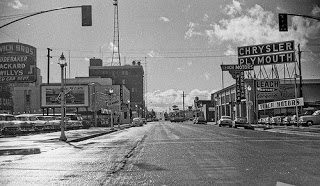 Posts regarding automobile sales in the United States of America, circa March 2008, can be read here… or here… or here…. or here. Why did March’s American vehicle sales deserve so much attention? Basically because March sucked for automakers in the USA. Yep, it sucked. Stunk. Slumped. Rolled over and played dead. Felt bad. Was bad.

Is bad. Indeed, April wasn’t forecasted to bring auto selling sunshine. The Numbers present few surprises; at least for those who’ve come to regard the mortgage crisis as calamitous. Take this post as a brief overview, more detail will follow. Thus, allow a general and wide-sweeping statement like, for instance: every American brand and American conglomerate suffered negative growth compared with April of 2007. In fact, you don’t need to allow a general statement like that – it’s just the truth.

Percentage drops and jumps for April 2008 reflect the increase in available selling days, 2 greater than last year. Toyota manifests this most prominently, with about 10,000 more cars sold but a 2.7% drop compared with April/07. Toyota works with big numerals, and having two extra selling days means their sales numbers needed to climb substantially higher than 10,000 vehicles.
General Motors was about 50,000 automobiles down, a 22.7% freefall. Ford’s group of brands combined to sell 28,000 fewer vehicles than last April. Toyota, Lexus, and Scion climbed about 7,000 sales but suffered a 4.5% decline in the light of their daily sales rates. Chrysler/Jeep/Dodge, still 20% owned by Daimler (Mercedes-Benz), plummeted from 193,104 sales last April to 147,751 this April. Ouch.
It’s ugly out there, buster. Nissan’s head honcho, the man on top of a dominant European named Renault, believes things won’t improve substantially in America until late 2009 or 2010. More detail regarding April will flow out of GoodCarBadCar very soon, but feel free to await (with appropriate levels of dread and angst) the release of May’s numbers in early June.