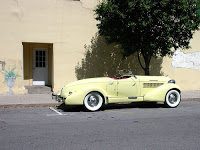 In light of the possibility that General Motors will receive some money soon to keep it afloat if it meets certain conditions, and the more distinct possibility that GM will be killing brands, The Good Car Guy looked back and discovered numerous automotive brands that clearly did not receive money from the federal government.

Now, there are many names you’re very familiar with: Plymouth, Oldsmobile, and American Motors to name just three. But if we’re going to wish five such brands back into existence, it can’t be for the success of the cars. That would, after all, put Plymouth and Oldsmobile in the thick of things since they lasted longer than many of the hundreds and hundreds of automobile manufacturers.
No, this is purely about names. We’re so accustomed to hearing words like Chevrolet or Cadillac or Mercury that they’ve lost their romance and their sway. So here you have it, the Top 5 Defunct Auto Names that would be nice to have around again. Read other GCBC Top 5s here.
—–
#5- AUBURN: More cars need to be named after colours (not universities). From 1900 to 1936, America had Auburn.

#4- ESSEX: For just fourteen years, Essex was a name auto aficianados knew. After 1932, it simply became a county in New Jersey.
#3- NASH: Although Canadian auto bloggers can’t complain when the most famous Nash is a Canadian game’s two-time MVP, it’d be nice to see a car name last marketed in 1954 return with funny hair class and panache.

#2- DUESENBERG: Come to think of it, Mercedes-Benz’s luxury division, Maybach, may have been better received if the name Duesenberg was revived 70 years later rather than a defunct auto name that nobody knew anything about.
#1- PIERCE-ARROW: The only American luxury nameplate to rival Aston Martin for wow factor, Pierce-Arrow sold very expensive cars. Apparently, not enough of them. Pierce-Arrow died in 1938. 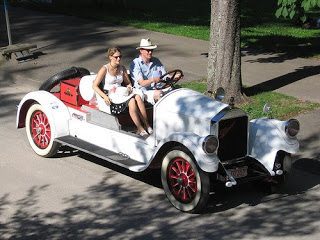