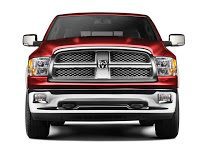 As will become customary, Tuesday is Top 5 day at GoodCarBadCar.net. With a showcase of American automobile manufacturing going on right now in Detroit at the North American International Auto show, the first Top 5 of 2009 should be devoted to those American brands…. and their Swedish underlings, no?

2008 was a terrible year for almost every automaker in the world. In fact, car and truck sales dropped for every mainstream brand competing in America except two – Mini and Subaru. Since Mini is wholeheartedly a part of BMW (which saw sales in America decline 15.2%) and Subaru is sort of Toyota’s (which saw sales decline 14.6%), the 28.6% and 0.3% increases posted by those two players don’t account for much.
As you’ve concluded, every single American brand released total sales statistics in the red, with negative signs, downhill connotations, and sad faces. That doesn’t stop them from being ranked by The Good Car Guy, however. All American brands are below. General Motors-owned Saab and Ford-owned Volvo are present as well.
—–
#15- Saab: 21,368
#14- Hummer: 27,485
#13- Volvo: 73,102
#12- Lincoln: 107,295
#11- Mercury: 120,248

—–
#5- Chrysler: 335,108
More than 200,000 sales down from 2007, Chrysler took a punishing blow over the last twelve months. Vehicles cancelled include the Crossfire, PT Cruiser convertible, Aspen, Pacifica.
#4- GMC: 376,996
Criticism flowed in all summer and autumn from people who didn’t care to look at the hardcore Numbers. GMC just lines up some Chevy trucks and SUVs, why should General Motors keep the brand? Well, even with a decline of 25.5% from ’07, GMC accounts for more sales than Buick and Saturn combined.
#3- Dodge: 784,113
Exiting 2008 as the least injured member of Chrysler LLC, Dodge’s drop of 25.9% still ain’t comfortable. A new Ram came on line late in the year, the Journey made headway, and the Challenger generated plenty of hype.
#2- Ford: 1,687,731
Only Lincoln suffered less in 2008 among American brands. Ford’s decline of 19.7% means 413,513 sales that occurred in 2007 didn’t in 2008. Its tired car lineup didn’t fare as badly as expected; the Focus posted remarkable improvements, in fact. Showing the true strength of the F-150, sales were down 25.4% and it was still the best-seller in America for the 27th straight year.

#1- Chevrolet: 1,801,131
Combine Chevy Silverado sales with the GMC Sierra, and General Motors has the best-selling vehicle in America by 160,000 units. That’s not the way award ceremonies work, however. Chevrolet can be content with a 20.5% decline in sales that gives them the best-selling brand in America instead. 464,510 more Chevrolets were bought in 2007 than in 2008; a statistic that GM’s other brands failed to make up for.
More Top 5 posts from GoodCarBadCar.net
Best-selling Asian Brands in America
Best-selling European Brands in America
Best Resale Value
Lamborghini Estoque Details
Audi Designs