Keep in mind, he was done school before I started; so great was our age difference. The education system was a different thing in my era. However, he’s right. Even with my automotive enthusiasm running rampant, as GoodCarBadCar grows and material still flows out from a recent trip to the heart of autodom, The Good Car Guy still learns.

If there really is a new learning experience – at least one – everyday, I must be in a position to tell you seven things I learned this week.

Beginning with mistaken preconceptions toward the midsized family sedans that dominate the American marketplace. You can read about it right here at GoodCarBadCar. Honda’s latest Accord is a sweetheart, offering more than just a nice personality….

Then comes the world’s attitude toward Saab. Give me a handful of minutes and I’ll explain to you the state of automotive conglomerations and mergers, from which part 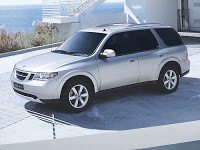 of the world automakers are derived and the state of each manufacturer in existence. But in a conversation with a young, auto-inclined, urban business-type, as I wrote an article mentioning one of General Motors high-end brands, this person acted surprised. “Oh,” she said, “I forgot Saab existed.” Ouch. Well, Saab does exist but its ageing lineup is not doing Saab any hype-generating favours. In times like these, production of a halo car like the Aero-X is desperately needed….

Thirdly, although I frequently pay little attention to the dream world of specialty cars beyond the realm of widely known, respected, and favourited brands like Ferrari and Lamborghini, the Callaway C16 Speedster did a number on me. Reeves Callaway has been creating outrageous Corvette-based cars like this for quite a while. The Speedster shares not a single body panel with the Chevrolet, but its engine is a supercharged version of the latest Corvette engine. Cars without windshields always have great impact on me. The fact that Callaway stripped 20 pounds of unsprung weight from each corner and is, as one pundit put it, “… light on its feet, with supple, easy steering and a remarkably compliant ride,” put me over the edge. Check out MotorTrend’s video of the car in its Multimedia section….

Mitsubishi’s upcoming Lancer Evolution generates 10-15 more horsepower than Dodge’s Caliber SRT-4 from a slightly smaller turbocharged four-cylinder engine. Manufacturer estimates peg the Evo as a heavier car than the Caliber, by about 200 pounds. Their estimates also suggest that the Evo is also more than a half-second quicker to the mile-a-minute marker. Mitsubishi’s pocket-rocket (my choice any day of the week) will likely cost $10,000 more than the Dodge and be worth every penny….

12 meteors enter the atmosphere every year sized bigger than a car. I learned that at Think-about-it.com, an intelligent way to reposition (or enhance your position) your brand as engineering-driven. Even if that engineering is computer engineering. An interesting website for this fast-rising Asian behemoth….

Finally, Bill Clinton owned a burnt-orange Opel station wagon…. somewhere around 35 years ago. Hillary thinks it’s one of the ugliest cars ever built.