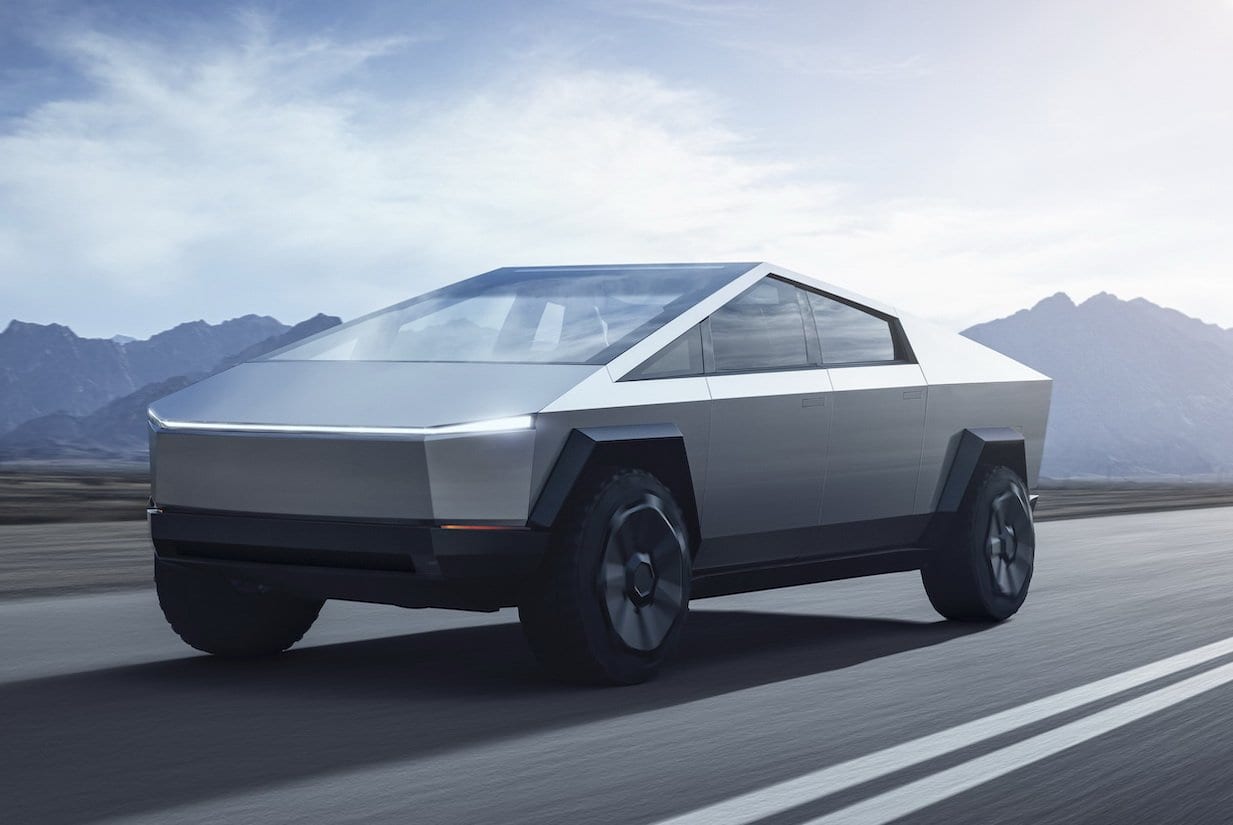 The Tesla Cybertruck Could Change the Truck Segment

An Innovative Model to Shake Things Up

Sometimes It Takes Some Out-of-the-Box Thinking

The Tesla Cybertruck is the model that everyone in the world is talking about right now. Love it or hate it, the vehicle is a garnering all kinds of press for Tesla. Everything from the over the top presentation to the smashing of the windows to the electric ATV that was brought out at one point were all there to boost the hype surrounding the automaker.

This makes sense. Tesla is run like a startup. It’s a company that relies on hype and the assumed value that it has to continue to operate. Say what you will about the company, but so far its antics and innovative ways of doing business have worked so far.

The Cybertruck is the physical embodiment of that. It’s a wild vehicle with the stated performance chops to beat the class leaders and an exterior that’s as polarizing as can be. It’s all on purpose. Musk knows what he is doing. It’s a calculated risk, and while Tesla stock took a hit initially, it will likely creep back up as time goes on.

The company’s new truck aims to revolutionize the truck market in the way its other vehicles have the rest of the automotive industry. It will be interesting to see what happens with the Cybertruck. I believe it could be the force that could change the truck segment. “Could” is the keyword here. It would take buy-in from consumers and some uncharacteristic actions from Tesla. 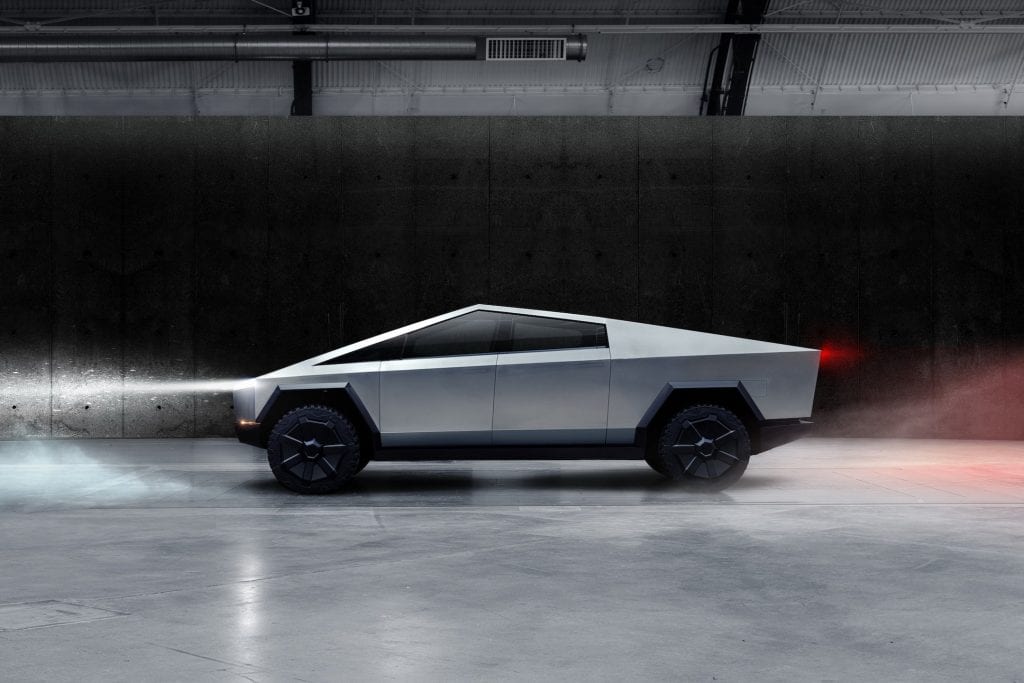 The reveal of the Cybertruck didn’t go off without a hitch. The “unbreakable” glass that is on the vehicle broke during the debut. Musk looked a little lost on the stage, and the whole thing was a bit awkward. The thing is, people don’t care about that. They look at the performance and range specs and judging by that, the vehicle is great, so a couple hundred thousand have already put in pre-orders.

According to CNN, Musk reported there were 200,000 pre-orders for the Cybertruck. It is important to note, all that it takes to pre-order the truck is $100 that’s fully refundable, which is far lower than the previous Tesla models.

The Cybertruck Versus Other Trucks on the Market 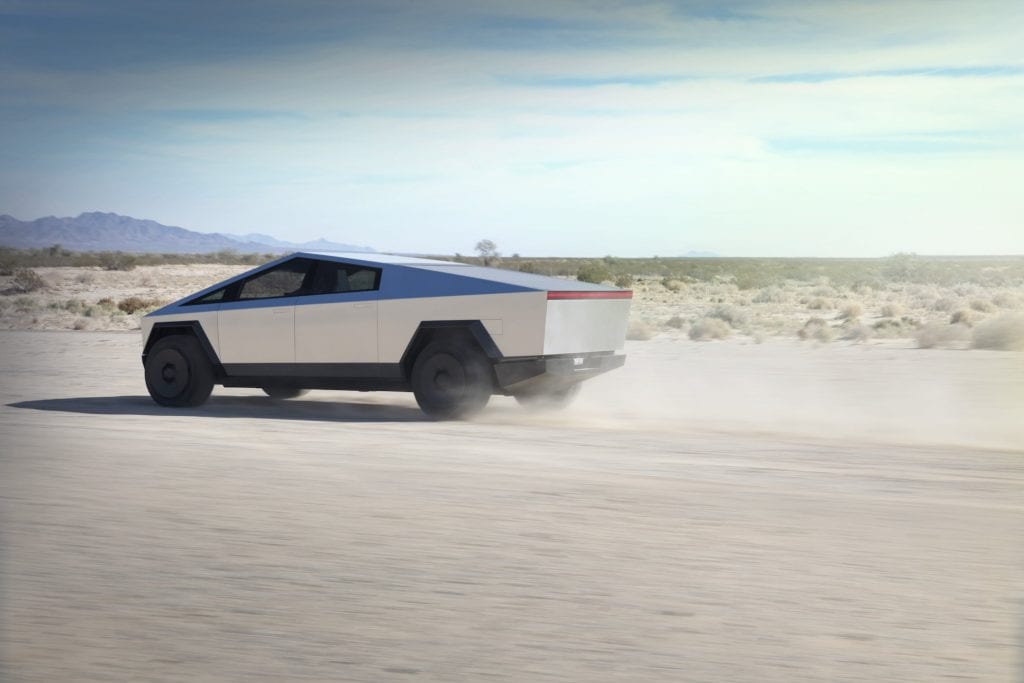 If the company’s performance and range stats are accurate, the Cybertruck will be a force to be reckoned with. It’ll be faster than anything on the market. It has a 0-60 mph time of under three seconds and will be the fastest truck out there. The truck can also tow up to 14,000 pounds depending on the trim level. This is more than every other full-size pickup on the market in which it will compete. The range sits at 250 miles for the low-level model and 500 miles for the top-end one.

When you start climb the trim and features ladder, you might even find that the Cybertruck is cheaper than some of its competition. Some of the top-of-the-line F-150s and Chevy Silverados go well beyond the $69,900 price of the top-level Cybertruck, though I’m sure Tesla will offer add-ons to make that price climb a bit higher. Regardless, the price is a reasonable one.

How Will It Impact the Truck Segment?

Judging by the past sales performance of Tesla vehicles, I think it’s safe to say that people will wait for and buy this truck. Tesla has a history of messing up the roll-out and delaying deliveries for its vehicles.

I have no doubt this vehicle will be more of the same. I also have little doubt that people will wait. Some will drop off and go with another vehicle, but people seem to be patiently waiting for their Model 3 sedans, and I see no reason why they wouldn’t do the same here.

If Musk really does have 200,000 pre-orders, then that’s quite a big mark on the truck segment. I would expect more pre-orders to roll in over the next several months. Some will fall off, too, because they’ll get sick of waiting. 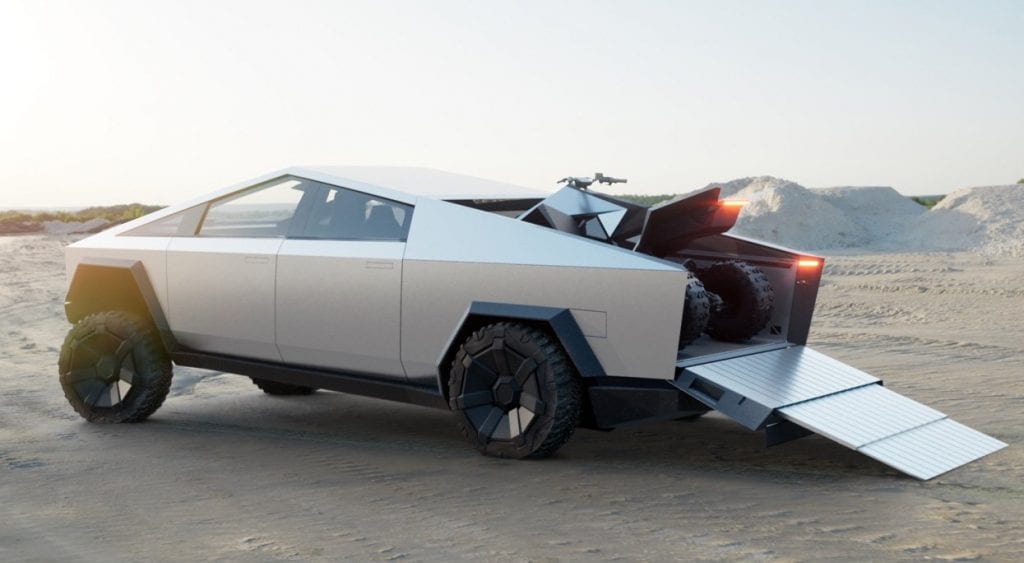 Tesla’s production facility will be the real issue here. If Tesla could churn out all of those 200,000 pre-orders in the first year that the truck went on sale, it would place it in the top half of the segment.

However, I would be surprised to see Tesla do that. The company has only ever sold more than 20,000 Model 3s in a month twice, according to our records. In order to get 200,000 Cybertrucks out in one year, it’d have to put out about 16,700 trucks each month.

That would make the Cybertruck, by far the best-selling Tesla model ever, and with its polarizing styling and controversial design overall, it would be impressive, indeed, if Tesla could make that happen. The pre-orders are a promising indicator, but they don’t tell the whole story.

The more interesting part of the story is that this truck’s entrance into the segment will likely spur Ford and GM to put out electric versions of their current pickups. Recent reports indicate that GM will have an electric pickup on sale by 2021. That truck will go head to head with the Tesla Cybertruck, so Musk better hope his funky truck has better specs.

That’s where the real impact of the Cybertuck will happen. It’s less about how its sales will change the segment and more about how its existence will. That has been the case for all Tesla cars. They’ve changed the industry, and the Cybertruck might be the most important model yet. Too bad something so important is so ugly.