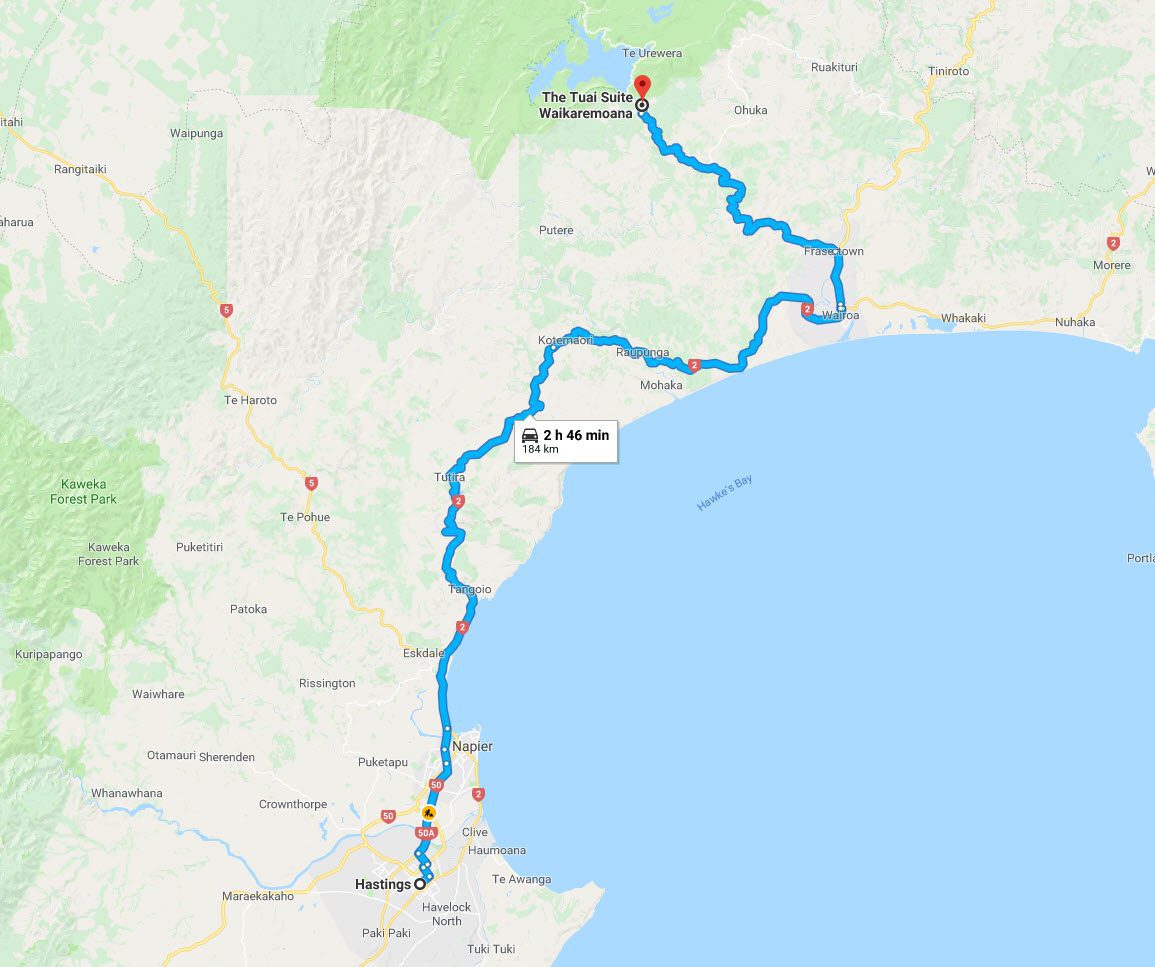 [dropcap]I[/dropcap]t’s just past 8 am when I’m handed the keys to a 2000 BMW Z3. Glenn Soeberg, of Unique Rentals (Hastings), has set me up with the aging convertible and reminded me to have some fun on the drive. With just under 82,000km on the clock, I assure him that it won’t be a problem. 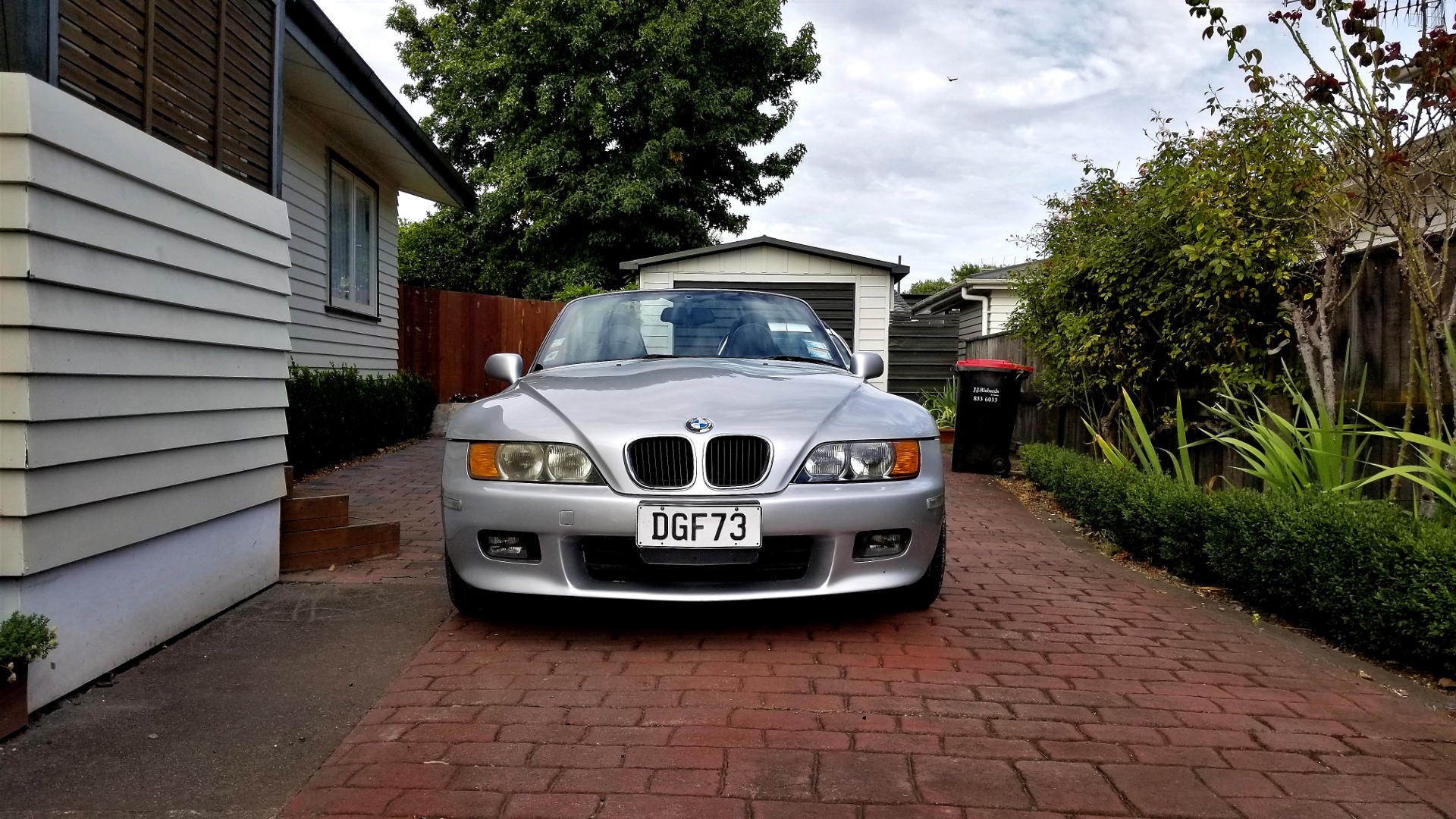 Coming from the Canadian prairies, the winding roads that we’ll be traversing are a welcome change and something I’ve been looking forward to experiencing for some time. It’s with great enthusiasm that I drive the baby BMW home, where my wife and I pack it full of our provisions.

At least, so I tell myself as we set off.

With the Top Down, the Z3 Helps the North Island Impress

We depart from Hastings, a small suburb located within the north island’s Hawke’s Bay area, at just before 10 am. It’s already 24°c and the sun is shining- ideal driving conditions for two Canadians that had just come from -17°c and ample snow.

In city traffic, the M52 inline is smooth and poised. With a 0-60 mph time of 8.5 seconds, it’s easy to avoid trouble; any trouble you find will be deliberate (more on that later).

Our first leg takes us through Hastings and into Napier, a charming coastal city with a population edging 65,000. The views along the highway are fantastic, and on a day like this, the blues and greens from the oceans contrast strikingly with the black sand beaches we pass by.

Queue up stop number one.

It’s the first week of fall for this part of the world, though with weather and conditions as they are, non-locals would never know it. With that thought, and with a smile to match it, Melissa and I set off on our way to Lake Tutira, which despite being a mere 60km away, takes us nearly an hour to reach thanks to narrow mountain roads that wind through the landscape.

The roads themselves are heavenly: smooth and well maintained, with long stretches that snake through the country and vary greatly in elevation. Here, the small specs of the engine go unnoticed as the superb chassis of this early 2000’s Z3 come to the forefront.

A Note RE: Right Hand Drive

Driving on the left side of the road in a RHD car isn’t much of a change from what North American’s are used to. New Zealand offers a handy primer on how to drive in the country, but it mostly boils down to this:

The road reminds me of driving the interior of British Columbia, only with a warm breeze in my hair and unrestrained sun on my brow. This time of year, the interior of BC is overcast and gloomy; clearly such is not the case today. This stop is unplanned, but I couldn’t resist the urge to pull over a snap a few photos.

Formed just over 6,500 years ago, Lake Tūtira connects with the sea via a stream that flows inland. I hear the trout fishing is quite good, but that will have to wait for another day.

With my lens satisfied, we once again take to the road.

75 km away from our present location awaits our next stop: Wairoa, a small town that sits on a small inlet that connects with Hawkes Bay. Approximately 4,300 people call Wairoa home.

Along the way we are again treated to spectacular views and driving that is unlike anything I’d find back home. Rolling hills, lush farmscapes, and picturesque flora- par for course as we motor on towards our destination.

While we are in no hurry to reach Wairoa, it’s hard not to pin the go-pedal and listen as the inline-six revs. It may lack in power, but it sure makes a pretty noise.

Yet again, I am compelled to pull to the side of the road to snap some photos of the countryside.

With the photobug again squashed, it’s back to the highway and onward toward Wairoa. It takes just under an hour to reach and, as it so happens, isn’t much of a destination. We grab some gas and go looking for a spot to snap some more photos.

Turns out that while Wairoa lacks a bit in urban development, it has no shortage of natural beauty. Finding a spot is easy.

50km away lies our final destination: a small village named Tuai, which rests on the banks of Lake Waikaremoana. Melissa has booked us at The Tuai Suite, a small owner-operated bed and breakfast that – as my wife described – is pretty much a “sure thing”.

As you can imagine, it’s with great enthusiasm that we set off.

The first 30km of the drive takes us nearly 40 minutes to traverse as we negotiate tight cliffside roads and gorgeous tree-lined bluffs. It’s a scene that I’ll never forget, and not because I took care to document it extensively with my Nikon. 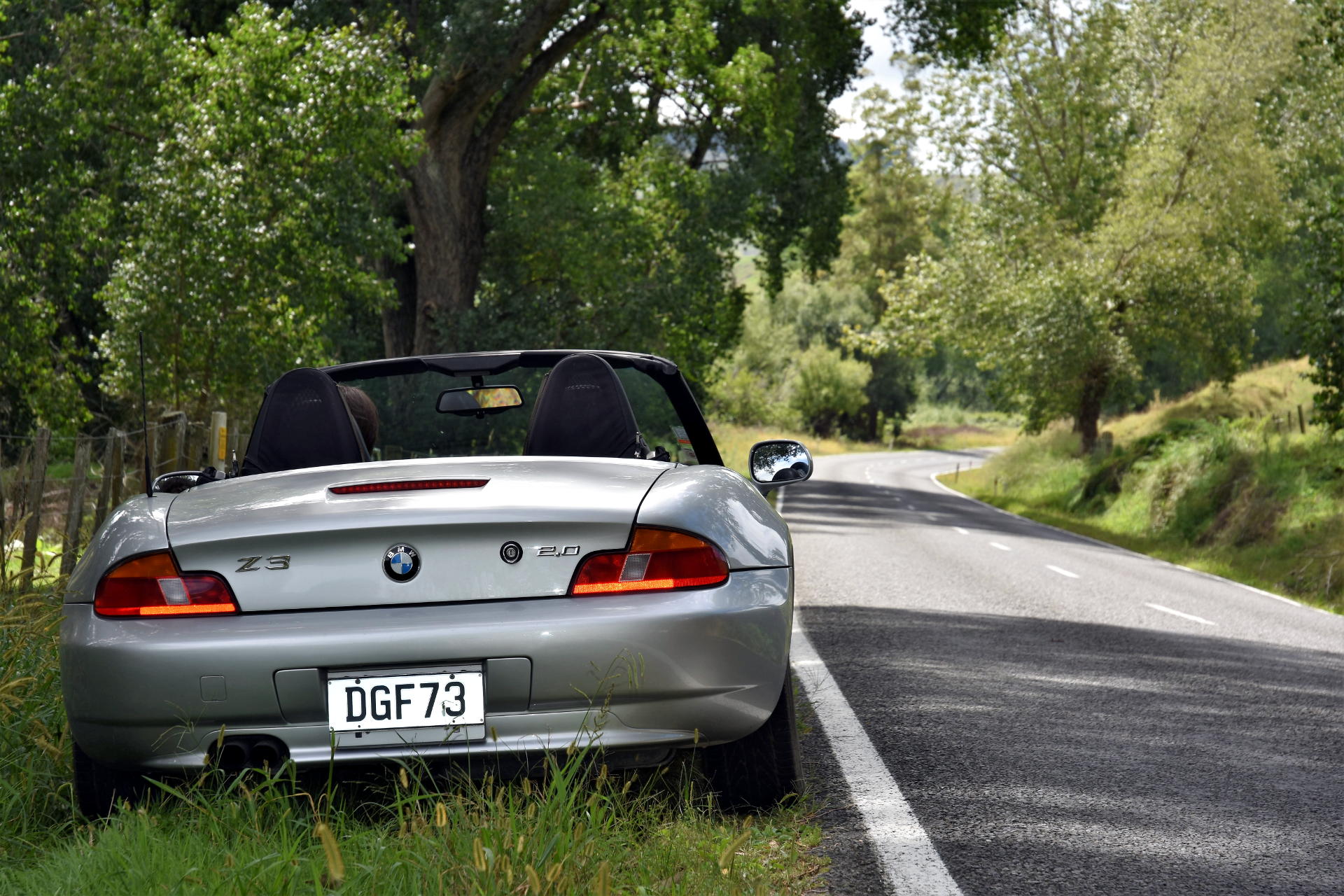 We’re screaming past winding brooks and rock-lined faces, topping just over 100 km, as we make our way to Tuai. The top-speed is nothing impressive, but given that the road is rarely straight enough for me to lament that fact, I relish in it all the same.

This is what roadsters are made for. 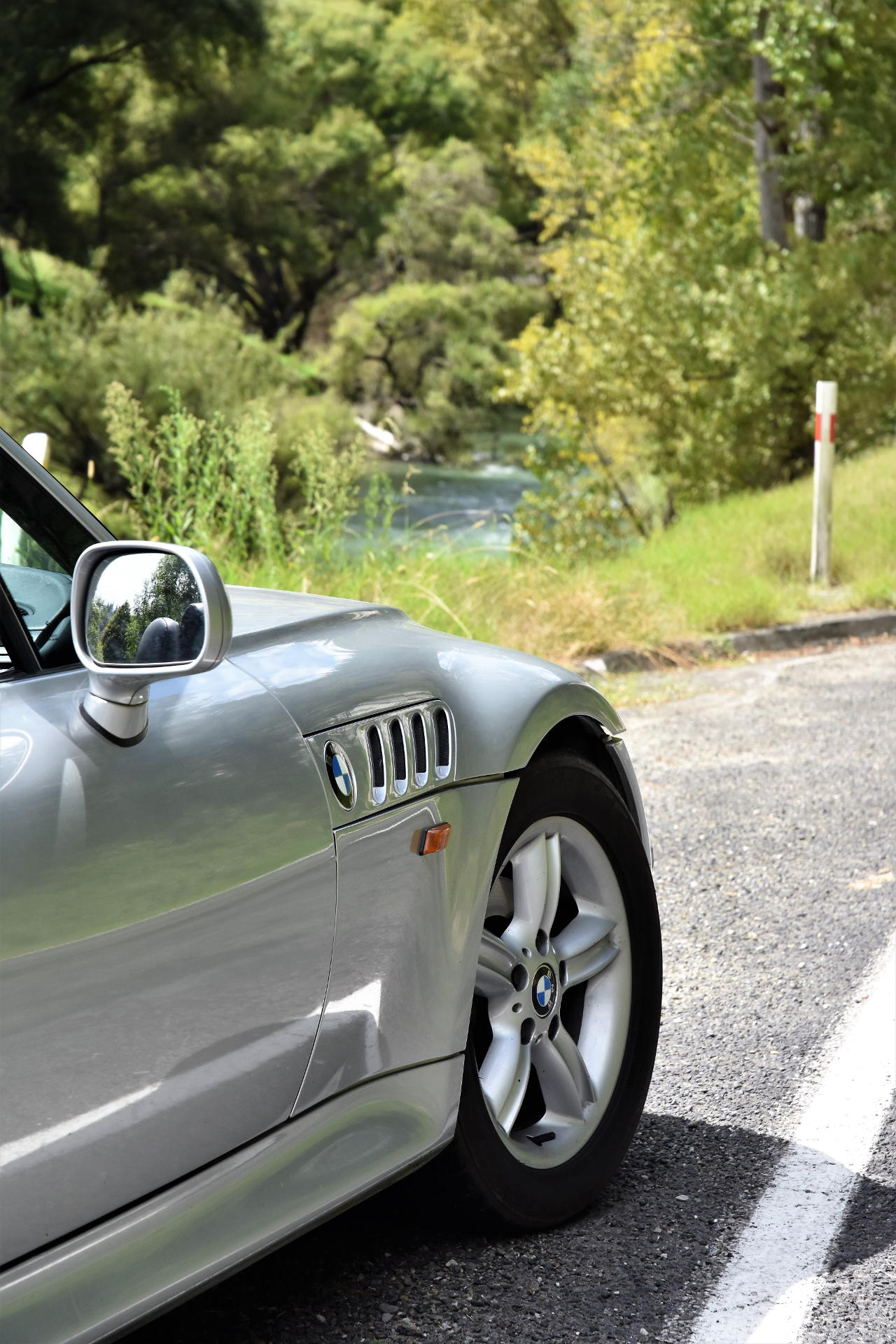 Melissa is gripping the “oh shit” handles with white knuckles as I cackle with unfettered joy. This is the happiest I’ve been in a long time: it feels as if I’m living in a movie, driving through Middle Earth.

Wait… I am driving through Middle Earth.

With little warning the tarmac gives way to unsealed gravel. The top goes up (reluctantly) and we press on, albeit much slower than before. 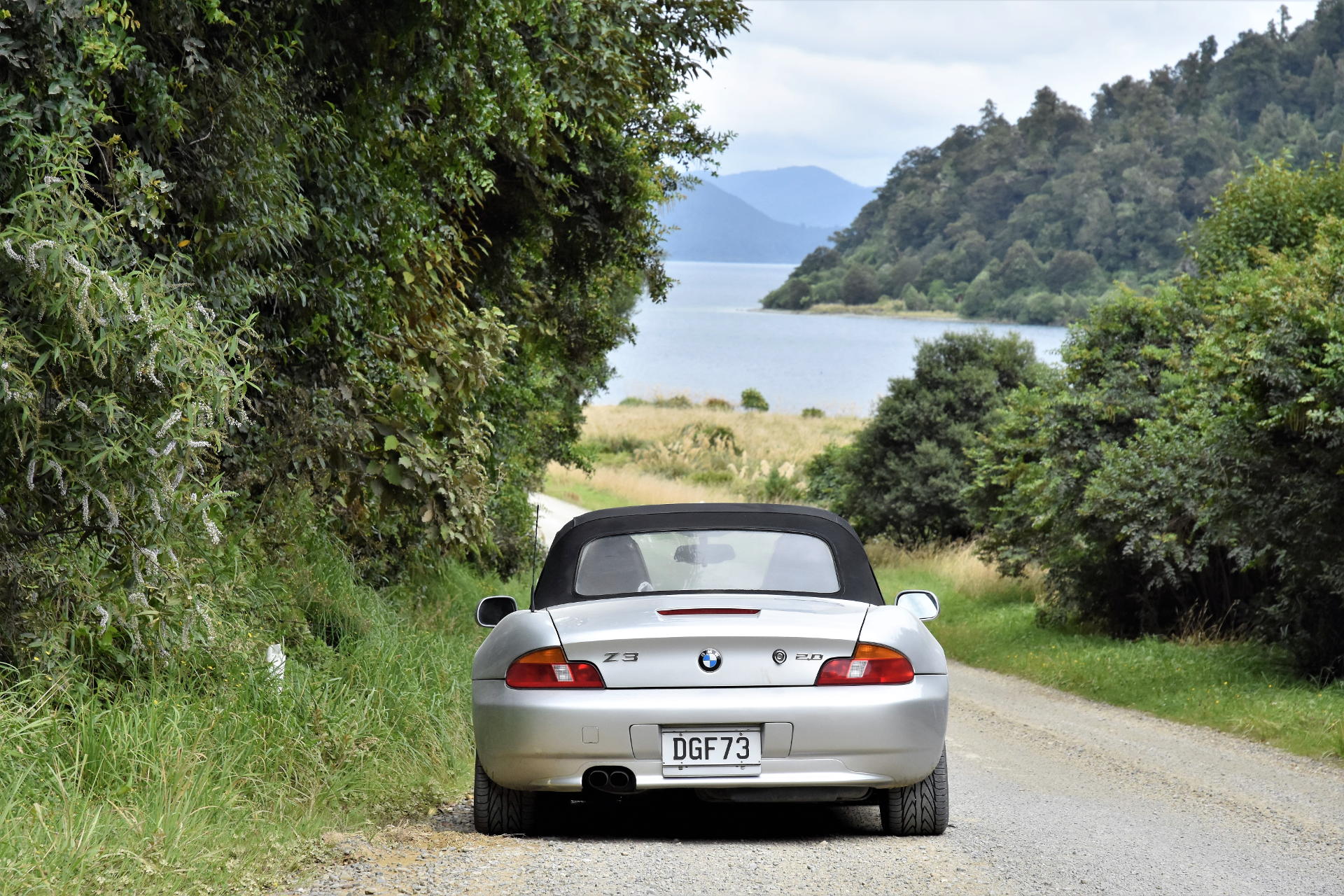 As we creep along we encounter an unexpected roadblock: 300 head of cattle out for a leisurely stroll. We sneak around them, the diminitive two litre gently thrumming as we pass the livestock by. 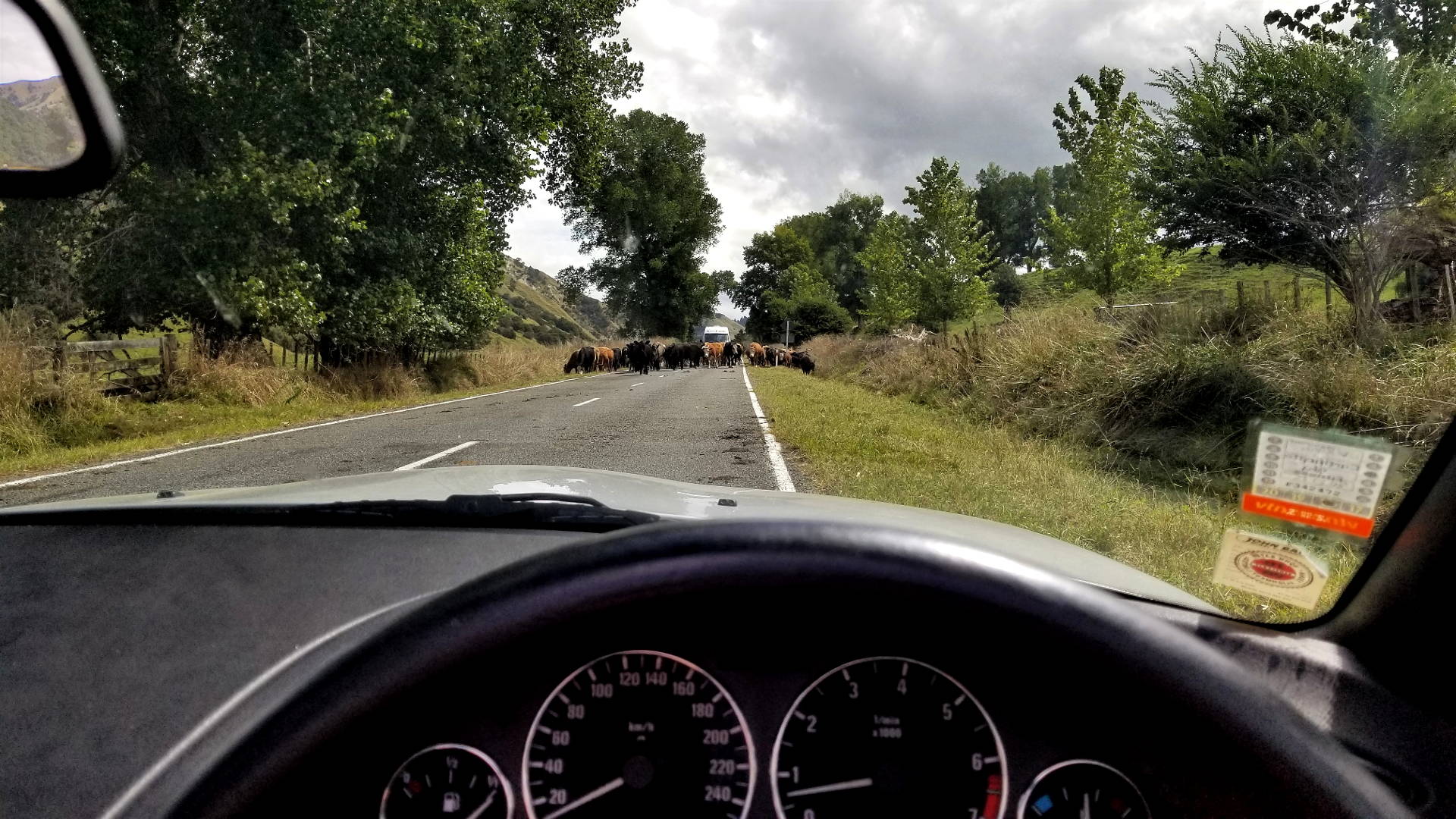 We throw the top back up and take our time. Almost there now.

Before we reach our destination we decide to stop at the newly constructed visitor centre that sits right on the water. Now nearly 5 pm, the sun is starting its descent. The lake comes alive in a final burst of colour.

New Zealand’s native Black Swans were hunted to extinction by the Māori before being reintroduced in the 1860s. Black Swans are monogamous; it was endearing to see these two enjoying a swim and a snack.

While the distance seems short on paper, it took us nearly 4.5 hours to travel the 200 km from Hastings to Tuai. The drive is nothing short of spectacular and an excellent preview of what New Zealand’s North Island has to offer.

Gorgeous views are obvious – New Zealand is widely known for its incredible landscape – but it’s the drive itself that makes this journey such a treat. Following this route you’ll cross coastal waters, mountain woods, lush farmlands, and expansive roads that twist and turn for mile after mile.

And, along the way, a grin from ear to ear- that much is guaranteed.