Seat’s Bocanegra concept will bear a production version. On the surface, this meets perfectly with typical Volkswagen group strategy. Volkswagen introduces the Scirocco, with all its history and dynamic energy, and later on, Seat, the underling, shows a lesser and less powerful derivative.

Read other Across The Pond posts with a click
Think Volkswagen Polo GTI and Skoda Fabia vRS. No, the Bocanegra isn’t identical under-the-skin to the Scirocco, but the Sport Coupe (as it could be called) buyer will feel rather smug with his savings and sharp looks.

Seat’s new Ibiza, a fighter in one of Europe’s most hotly contested segments. The Sport Coupe will build on whatever the Ibiza has to offer. Seat’s are usually the offerers of inexpensive performance, somewhat stark interiors, and beautiful imagery. The Bocanegra bodes well for the theme to continue. 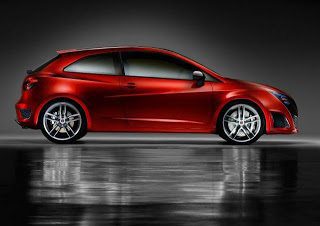