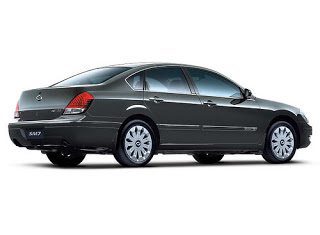 SAMSUNG – No, not your stereo

Renault’s Korean subsidiary, Samsung Motors, will see a doubling in investment in hopes of increasing exports. Renault owns 80% of the company, the other portion belonging to the maker of your stereo or mp3 player.

Here’s what you don’t know: Samsung will sell around 172,000 vehicles this year, but less than a third are exported. By 2009, Samsung hopes to be selling around 250,000 vehicles. That would still be just a large drop in the bucket compared to sales of affiliated brands like Renault and Nissan. Ironically, this developing brand is better earner (in specific terms) than Renault. The operating profit for Samsung is 5.4% higher than that of its French parent.

Here’s what you may know: Samsung’s home market is the fourth-largest economy in Asia and there are some big names competing for a slice of the pie; Hyundai and Kia being the two household brands.

Here’s what you do know: Fuel prices are rising, small car sales are surging. Samsung is primed to take advantage of its lower operating costs and even build cars in Europe to take advantage of the current auto atmosphere. Current Samsung models include the SM3, SM5, and SM7.