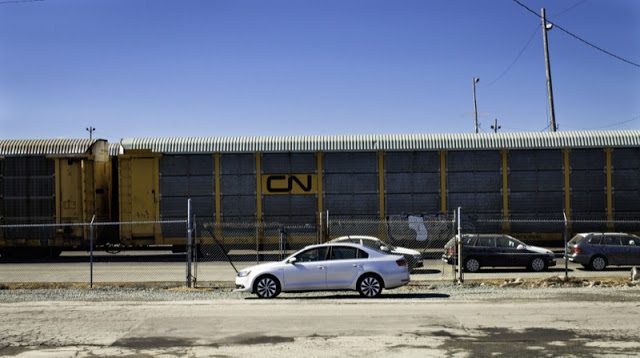 more fuel than the EPA said it would. The Jetta’s tiny 1.4L turbo likes to rev. So I revved it.

Volkswagen Jetta Hybrid Review – There Are Actual Gears That It Shifts

In our second round of testing, we threw in a little bit of highway driving and I drove the Jetta like it was my own. During those 202 kilometres, the Jetta Hybrid consumed 5.6 L/100km, equal to 42 miles per gallon on the U.S. scale.

It’s easy to see how the Jetta could match the 42 city figure without driving too gently; without driving too aggressively. While I don’t trust the read-outs from on-board computers, with good reason, our time on the highway at 105 kmh (65 mph) resulted in that computer telling me I was consuming 6.5 L/100km, just 36 miles per gallon. It was too late at night (and we were in too much of a rush) to have the numbers verified at the pump. But keep in mind, we have recently encountered cars which featured pessimistic on-board computers.

If the Jetta Turbo Hybrid was indeed consuming significantly more fuel than it should have been during that highway drive, it only highlights the strength of the city figures we encountered once I started driving like I hadn’t stolen it.