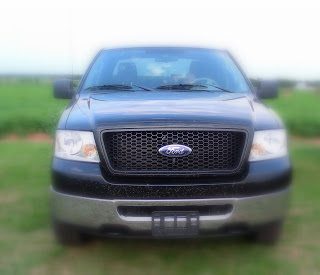 Take one V8-engined SuperCrew pickup truck, add a driver and a passenger and one week’s worth of stuff to make sure vacationing is fun, but then drive it like you have to keep it till your 80 years old. That sentence started out great, and didn’t end so well. The reason for this may be obvious to some, less so to the people who don’t realize that a Ford F150 SuperCrew 4X4 equipped with a 5.4L V8 engine holds over 100 litres of fuel. Put another way, I will be depending on the conservation of the conversation-starting contents of a tank which holds at least 80 litres more than the first car I drove as an auto journo, the smart fortwo. To gather context let me explain that at the time of driving the smart diesel prices were well below a dollar per litre. Since then I have written at some length about ways to improve your own fuel economy while realizing that things are not all that bad at gas stations in my region compared to some other parts of the world.

But there I was faced with the large frontal area of a 4 door pickup truck, the absolute embodiment of the dreams my childhood friends in Texas had for themselves for the day when they reached my present age. I was about to spend one whole week with a vehicle in three provinces where I would pay an average of $1.20/L. This is not what my childhood Texan friends dreamed about. Gas was 99 cents per gallon in San Antonio just eleven years ago when sales of trucks and SUV’s began to shoot for the sky.

My goal was clear. I was faced with a mission at which I must succeed. The options were limited: feather-foot the throttle and stay out of the savings account and away from the Mastercard, or lead-foot it and bump straight into the credit limit. Well, that might be an exaggeration. One truck for one week couldn’t really suck the black gold at that rate could it? Or could it? The drama ensued.

Actually, there was no drama. For the most part I stuck with shoes that enabled me to feel the right pedal dexterously so that I could avoid abusing what was an obviously jumpy throttle. It is a mighty difficult thing for an automotive enthusiast to firmly abide by all speed limit signs. Add to that using cruise control with incredible frequency so as not to tempt myself into using 365 lb-ft of torque to fly by unassuming tourists gawking at the splendour of the Confederation Bridge up ahead. Nevertheless, my mission could not be aborted, and I remained behind vehicles that seemed to be slow moving. In fact, many times the big Ford felt much slower than it was, perhaps due to a lack of wind and engine roar. A typical P.E.I highway speed of 80km/h almost always felt painfully slow, seeming to my passengers that I was the gawking tourist dawdling along at 50km/h.

While accomplishing my duties of finding attainable and decent fuel economy from a full-size truck, we were glad to find ourselves in a well-built interior with abundant space for humans and stuff normally associated with humans such as gum, CDs, empty pop bottles, sleeping bags, rollerblades, and gas receipts. Compartments were alive and well wherever I looked and the knees of rear-seat passengers were never found in the small of my back. I could delve into equipment lists and available options, but most trucks in this category have an innumerable array of configurations to start with, and it is after that foundation is chosen that a customer will then add options and choose accessories. It is safe to say that a Ford F150 is sufficiently powerful without being over the top, while offering great comfort and affording the owner a versatile lifestyle.

The goal, however, was not to discover how great a truck the F150 was (over 900,000 people in the United States think it is great enough to buy each year) but to see if fuel economy numbers for a truck like this are anywhere near attainable and if so, what must a body drive like.

People who want to buy a truck like this can achieve numbers like I did by doing a few things. Driving the speed limit is obvious. Gradual acceleration is very important especially if you drive in the city. Coasting toward red lights that you can see when you are within coasting distance is a really good idea, otherwise you use energy that only gets absorbed by braking, instead of providing forward motion. According to Energuide.ca the truck I drove is presumed to achieve between 12 and 17 litres per 100km, highway and city, respectively. This is the same as 23 and 17 miles per gallon. About half of our driving was on divided highways, a third was slower two-lane highways in a small part of New Brunswick and a chunk of P.E.I., and the rest was through Summerside and Charlottetown. We did quite well for ourselves, using 13.75 litres per 100km, equivalent to 20.5 mpg. Essentially splitting the difference between the given ratings for this vehicle meant I accomplished my self-imposed mission. Congrats.