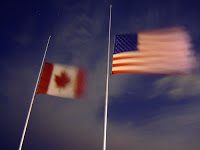 Canadians need just 94 cents to buy an American dollar today. But if those same Canadians wish to buy an American car (or German, Swedish, Japanese etc.) they’ll be forced to view the pricing schemes of the two nations as if the currency exchanged was flip-flopped.

GoodCarBadCar has reported on Volvo’s efforts to “make it up” to Canada as well as the absentmindedness of many members of the media. The Canadian economy is in fair condition and the American dollar is tumbling in comparison with many foreign currencies. Canadians are up close and personal with the problem, however. A simple cross-border trip would solve the problem, no? 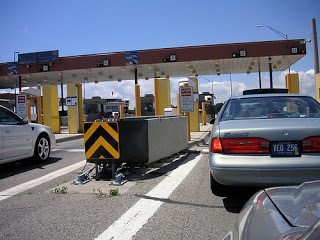 No. Every vehicle Canada Customs sees imported is subject to a 6.2% surcharge. Whether its General Motors, Ford Motor Company, Toyota, Honda, BMW, or John Doe, the charge is applied. When Canadians see the car they want at a significantly lower price in Maine, New Hampshire, Vermont, New York, Michigan, Minnesota, North Dakota, Montana, Idaho, or Washington, it becomes easy to forget the 6.2% they’ll be forced to fork over at the border. In addition to the travel costs and paperwork.

I don’t need my brother-the-accountant to explain that more expensive vehicles make a cross-border trip more lucrative. An American Porsche 911 Turbo + 6.2% is still some $23K less than the full Canadian price. And in the currency difference for a Canadian holding a Canadian bank account and the 911 Turbo bought today in northwest Washington is even prettier. The high value CDN dollar creates an extra $7K+.

For those of us buying less expensive vehicles, the currency difference isn’t nearly so useful. A basic American Honda Fit (switched to CDN $) would cost about $13,106 today. Add your surcharge and you’re looking at $13,918. Canadian Honda dealers sell a base Fit for $1,062 more. Depending on your travel costs and the time you spend finding an US dealer who will sell to you (many are being instructed not to buy the manufacturers, despite dealer’s “independent” status), you may or may not save money.

There’s also the issue of standard daytime-runner headlamps and a standard antitheft immobilizer on new vehicles imported to Canada.

In spite of all this, Canadians drove 25,000 vehicles home from the United States in October of 2007. That figure was up 68% from September. Of 2007. One month makes a big difference during an era in which the dollar is skyrocketing.

Now you’re enlightened. Canada – be careful how loud you complain…. the Brits might hear you. 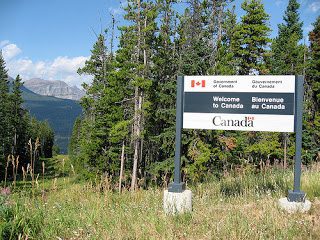