36,700,000,000 – Number of dollars spent by Americans on aftermarket automotive accessories and modifications each year.

5995 – cost, in £, of each of the 400 Porsche Design Worldtimers available, the watch that will tell you the time in two different time zones simultaneously.

15 – degrees which a Cadillac CTS’ headlights are able to turn in an inboard direction. 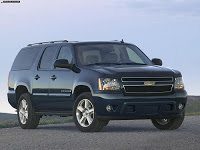 2 – Number of 5’5″ humans who could fit head-to-toe between the front and rear axle of a Chevrolet Suburban.

2 – Number of 4’1″ humans who could fit head-to-toe between the front and rear axle of a Chevrolet Aveo5.