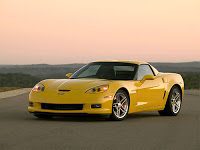 1 – Independent Mercury dealer in the USA.

600+ – Horsepower available from the supercharged V8 to be seen (and heard) in the top-level Chevrolet Corvette – a ‘Vette above the Z06.

430 – Horsepower in the current base Corvette.

11/01/07 – Date on which Bentley begins selling its first Autumn & Winter collection. No cars, but a Team Bentley playsuit for kids, cashmere purses, and handkerchiefs are available.

28 – General Motors vehicles on the stand at SEMA, an industry-only aftermarket show in Las Vegas.

31 – percentage of the Volkswagen group owned by Porsche.

20 – likely percentage increase in Porsche’s stake of Volkswagen group to be seen soon, since the VW Law has been struck down in a court of law.