In recent days we’ve seen the LCC Lightning move about, and even with its higher-than-Tesla pricetag, it surely moves the technology goalposts. Nevertheless, the $100K Tesla Roadster is a Lotus Elise in the electric emperor’s new clothes, so one sits up and pays attention.

Selecting the best of the most recent Tesla photos, GoodCarBadCar.net wishes it to be known that the Tesla has some angles on its side and some…. not so much. The first three photos you see are Tesla, the bottom shows its Lotus origins. 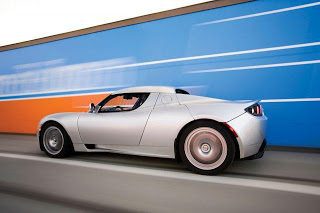