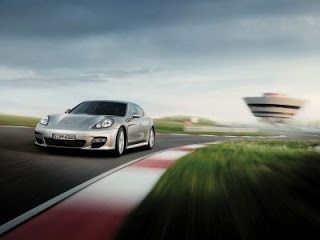 Disgust over the design of Porsche’s Panamera will eventually wane; and the waning may be sooner than previously thought. 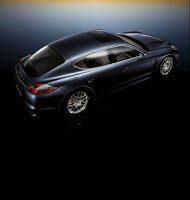 We all adjust to mind-blowing design whether it’s hot stuff or wretched. You may still avert your eyes when an ’03 BMW 7-Series cruises by, but it’s unlikely. You’ve seen so many – what’s another big ugly sedan? The story is the same with the Porsche Cayenne, not only because Porsche facelifted the ugly duckling. On the other hand, once-stunning vehicles like the Lotus Esprit only look like an 80’s wedge now.
The Porsche Panamera isn’t pretty. It’s not handsome, classy, classic, beautiful, elegant, streamlined. There’s next-to-nothing positive you can say about the large Porsche sedan. However, that badge does say Porsche. People will buy the Panamera, and with good reason. The drive is assured of being 911esque. The pictures in this post show the Panamera to be slightly less offensive than previously believed. Not only has the lighting changed, but so have some of the angles. It helps.
Still, previous pics of the Porsche Panamera show that some angles and some lighting will require you to avert your eyes for years to come. 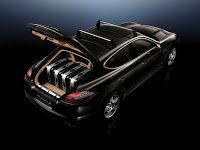