In 2006, the Citroen C4 was named the World Car Design of the Year. Meanwhile, in other corners of the showroom, (hopefully tucked well away) was the larger C5. The C5 appeared a few years before the C4 and appeared more deserving of a Buick badge circa 1995. Dull and inoffensive to the degree that it was offensive.

Then along came the C6, Citroen’s take on the larger executive car market. The C6, with its concave rear window and odd curves, is bound to offend some. For those tired of the typical German and Japanese luxomobiles, the Citroen makes a great choice. It was, and still is, a striking machine.

Yet tucked away in the back corner was one of Citroen’s more mainstream competitors, the C5. Dull and inoffensive to the degree that it was, indeed, offensive. Slow, too.

There’s a new C5 coming, and it’s nearly as striking as the C6; perhaps equally so. It’s curious to think that Citroen’s PSA partner, Peugeot, designed the disturbing 407 and its Dodge Ram-worthy grille. Behold and believe. T

The new C5 can be seen below (wagon above), with the older version making what we hope is its last GoodCarBadCar appearance below the new. Oh, there’ll be new engines and some great tech, including Citroen’s Hydractive self-leveling suspension. At this point I care not one whit. Citroen’s rarely rank high on the thrill-o-meter and besides, they’re not available on this side of the Atlantic. But for those of you in France, give my congratulations to Citroen for putting the chic back in the C5. 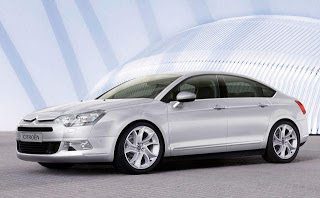 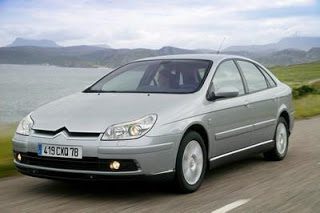