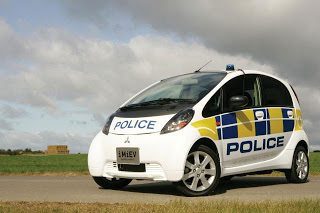 MITSUBISHI TURNS i MiEV INTO A POLICE CAR

Is 81 miles per hour (130kmh) enough for a police car? The West Midlands Police, based around Birmingham, England, feel as though the Mitsubishi i MiEV’s inability to chase down BMW M3s will be irrelevant given the electric car’s role as an urban patrol car. 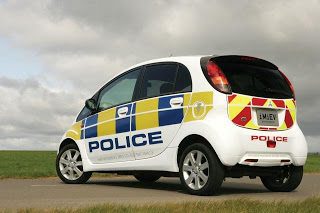 Of course, the other negative with the i MiEV is its limited range: just 100 miles before charging is required. Based on the semi-normal Mitsubishi i, the MiEV version will find its way to regular consumers in Japan, the UK, and other target markets by the end of the year. The government of Hong Kong will receive the first ten i MiEVs. The West Midlands police force will be the first law enforcement placement for the i MiEV before the little Mitsus find their way in urban centres across Britain. 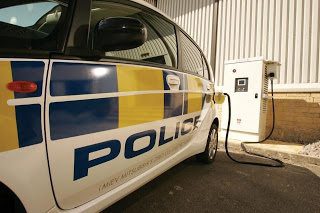