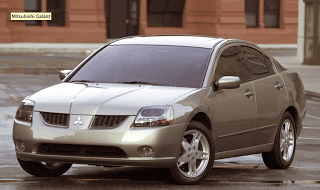 In the midst of Mitsubishi’s greatest recent struggles, some Galants were built with shoddy ignitions. Now NHTSA has issued a Recall. From model years 2004-2005, Mitsubishi built 73,000 iterations of the Galant that could potentially suffer from a malady where, as NHTSA says, “the ignition key interlock cable (which is a component of the interlock system) may allow the interlocking cam to fall forward and allow the ignition key to be removed from the ignition switch when the gearshift mechanism is not in the park position.”

Consequences are obvious. Assume the driver does not shift into park before the key is removed and the parking brake isn’t on. Car rolls. Into tree. Damage. Frustration. Expense.
This Mitsu Galant recall begins in August.