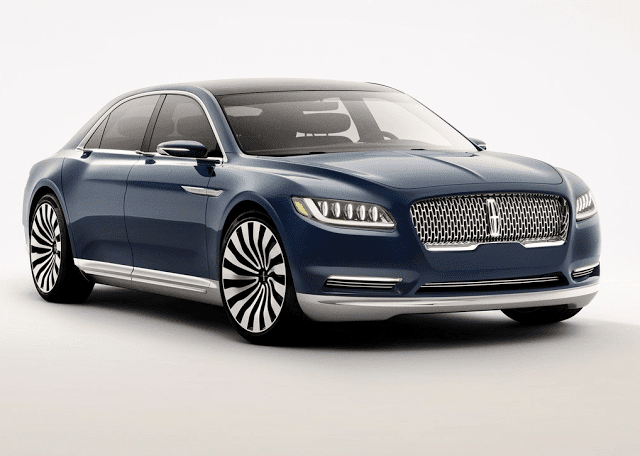 Auto News For Thursday, December 17, 2015 – Lincoln Continental Will Soon Be For Real

FUTURE
The Lincoln Continental is quickly moving from concept stage to production stage, and early images suggest the production version will look very much like the concept. But is a sedan what Lincoln needs to make headway in a luxury market it controlled a couple decades ago? Lincoln fails to adequately sell the sedans they build now, and even properly popular big luxury sedans like the Mercedes-Benz E-Class and BMW 5-Series are fading as consumers turn to SUVs.

REVIEW
So the Brits say the, “Vauxhall Mokka sells well but key rivals are better.” How interesting. We would say the same thing about the Chevrolet Trax. Which is a Vauxhall Mokka.

AUTOFOCUS
Jeep is not the most popular seller of SUVs in Canada. But Jeep is close to the top. Which brand sells the most? Autofocus has the top 25.

TTAC
Check out these 18 auto sales numbers that help explain the U.S. auto industry’s status heading into the final month of what should be the best year ever for America’s automobile industry.

WATCH
Pikes Peak is a bit of a scary drive at sane speeds. But in an 800-horsepower Porsche 911 GT3 Turbo Cup racer attempting to climb Pikes in less than 10 minutes, the climb is terrifying.