LEXUS IN JAPAN – By The Numbers

Competing in the luxury car sector became much more difficult once Lexus reached North American shores in 1989. Toyota revolutionized the way high-class sedans were perceived and proved that buyers on this continent weren’t nearly as brand conscious as we all thought we were. In addition, Lexus changed the way BMW; Mercedes; and Audi built and marketed their vehicles and drastically altered the typical after-the-sale procedures.

See all Lexus-related posts with a simple click here
In the year 2000, Lexus became the top-selling luxury brand in America and hasn’t ceded its crown yet. Topping the world’s largest market has not, however, enabled Lexus to become the world’s best-selling automotive luxury brand. Though it might seem strange to the casual reader, Lexus only began competing in Japan in 2005. Sure, the same – or at least similar – cars were sold in Toyota showrooms (see Kijiji Find Toyota Soarer) during that time, but Toyota was fearfully held under the impression for quite some time that a prophet is never received in his home land. With a quick look at the Numbers below (with help from BusinessWeek), you’ll find Toyota’s fears were righteous.
—–
60 – percentage of total initial sales targets reached by Lexus in Japan in its brief existence
34,800 – total Lexus sales in Japan in 2007
3 – total Lexus offerings when the brand began sales in 2005, with the IS; GS, and SC being previous Toyota-badged models
80 – percentage of new Lexus buyers in Japan who were former Toyota owners
5 – percentage of new Lexus buyers in Japan who were former Mercedes-Benz or BMW owners
10,000,000 – cost, in dollars, of each new Lexus dealership built by Toyota
160 – total number of new Lexus dealerships in Japan
4 – total Lexus offerings at this time, along with the performance-oriented version of the IS (IS F) and a hybrid version of both the LS and GS 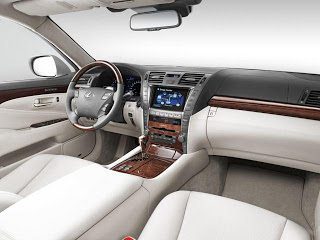 8 – total Lexus offerings at this time in the United States where the RX crossover, GX & LX sport-utility vehicles, and ES are all sold – as well as three hybridized versions and the IS F
39158 – equivalent cost of a base Japan-spec Lexus IS in USD
30555 – cost, in dollars, of a base US-spec Lexus IS