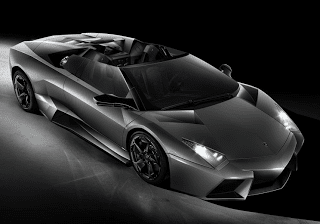 Around this time two years ago, Lamborghini unveiled the Reventon. Although criticized in some corners – including this one – for being comparably overpriced in light of the upgrades over Lamborghini’s Murcielago, the Reventon’s exclusivity and stop-you-in-your-tracks design led to some success. Now we have the Lamborghini Reventon Roadster. Rather extreme, we must admit, the Reventon in topless form still generates 661 horsepower, accelerates to 60mph in 3.4 seconds as it makes progress toward a 205mph top speed.