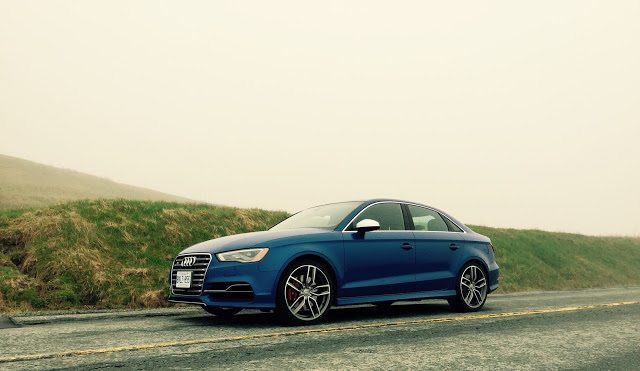 Although GoodCarBadCar is an automotive website geared toward obsessive coverage of auto sales stats, we test a different new car nearly every single week. And over the course of those weeks, we take pictures of the cars manufacturers deliver to GCBC Towers.

“We” used to mean GCBC’s in-house photographer, our news editor, Steffani Cain, she of Camaro ZL!/MacDonald Bridge and Chevrolet Spark/PEI fame. Steffani still makes the odd appearance behind a Nikon lens for GCBC – the F-150 photo below is hers, not mine – but most of the material on GCBC is shot with, that’s right, my iPhone 6. Sometimes I’ll crack out the Nikon DSLR, too, and I’ve shot cars with a Pentax K1000 film camera, too. But the challenge of making iPhone images look professional, even to the small degree to which I’m able, is fun and practical and unusual. We like unusual.

The best car photography in new car reviews is more visible elsewhere, in this eCOTY photo gallery from evo magazine, in this Mustang Driving.ca photo from Brendan McAleer, in this old vs. new Car & Driver Miata image, and in this unique look at the Vauxhall Corsa VXR from CAR magazine.

At GCBC exclusively, however, these are our ten favourites from the last year. Click any image for a larger view. All images © GoodCarBadCar.net.

True, the Renegade’s photo isn’t a photo at all, but love it or hate it, the details make for interesting photos. The Sedona’s telephone pole companion is in the way… or is it? The Odyssey photo isn’t of a review subject – that’s our very own vehicle, paid for with our own money for a long-term test. The light on the yellow Audi TT is on the wrong side, but a filthy sports car in winter has a certain charm when parked on a hill above the north Atlantic. For reasons I can’t recall, the Yukon Denali is neither centred nor cornered, but it’s a wildly expensive vehicle parked in front of a crumbling fishing building in the dreadful winter cold. The rear-wheel-drive, entry-level, sixth-generation Ford Mustang’s review is the most popular on GCBC every month, and we had a ton of fun with the Mustang on ice, even in this little parking lot. Its air suspension lowered to its lowest height while perched on the side of a ditch, the Grand Cherokee looks exactly as good as a Grand Cherokee should look. Up early to time the Escalade’s pose with a sunrise, the big Cadillac looked every inch a $106,000 SUV. We had more fun catching the F-150 in motion – me driving, Steffani shooting – but the way the ruby red paint glistens in this profile photo speaks loudly of nearly $80K pickups. As often as not, we take pictures of cars in the midst of Eastern Passage’s fishing community, routinely with a surrounding of fog. It doesn’t normally work out as well as it did for the Audi S3.

Timothy Cain is the founder of GoodCarBadCar.net, which obsesses over the free and frequent publication of U.S. and Canadian auto sales figures. Follow on Twitter @goodcarbadcar and on Facebook. Steffani Cain typically compiles the news for GCBC and operates Buoyed By Virtual Assistance.